Real Madrid fans are somewhat getting used to Champions League title parades but the novelty will never rub off as they turned out in their numbers on Sunday to welcome their hero players back.

The Spanish giants beat Liverpool 3-1 on Saturday night thanks to a freak Karim Benzema goal and a double from substitute Gareth Bale – including a fantastic bicycle kick – at the Olimpiyskiy Stadium in Kiev.

Despite being pegged back at 1-1 through a Sadio Mane tap-in, Madrid showed off their incredible winning mentality to claim their third straight Champions League triumph.

Cristiano Ronaldo, Marcelo and Casemiro pose for a selfie as they enjoy their Champions League title parade on Sunday 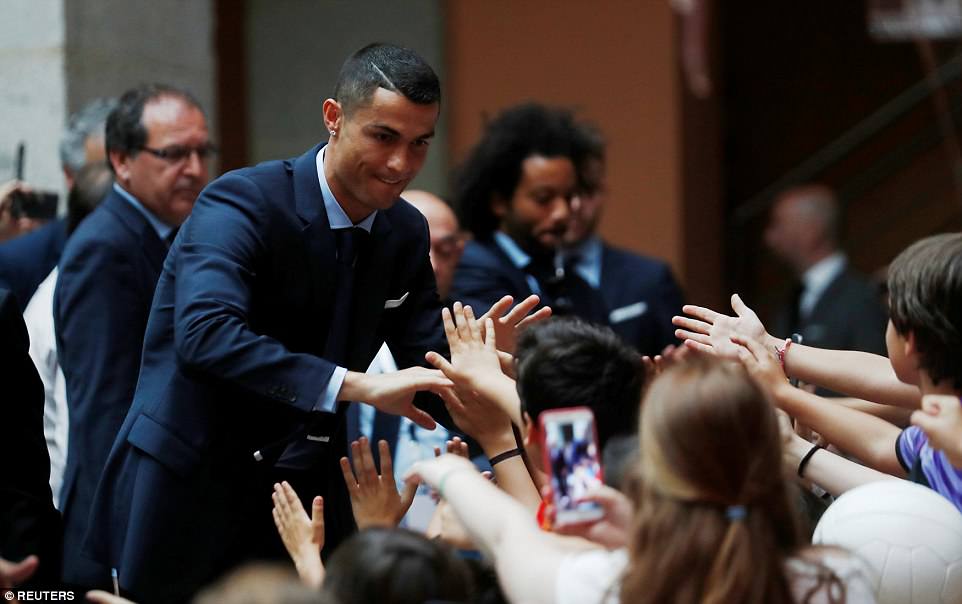 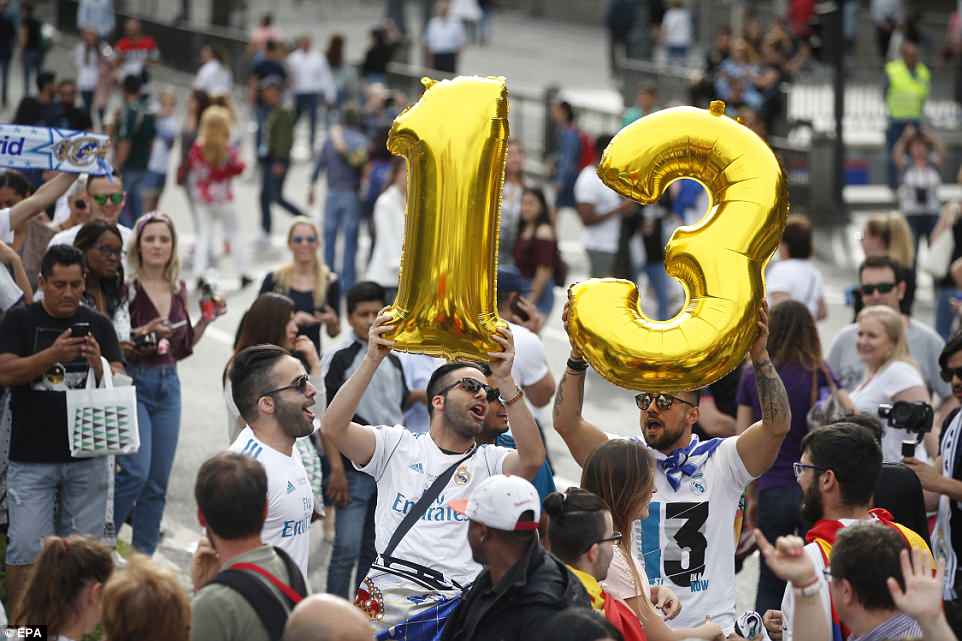 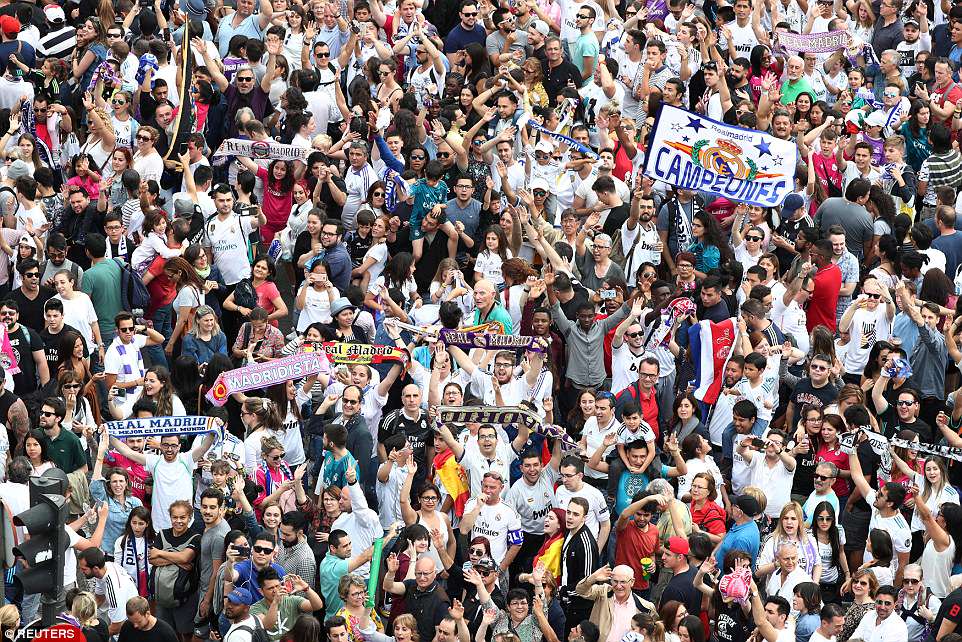 And on Sunday, ecstatic Madrid supporters turned up in their thousands to give their stars a heroes welcome as they proudly paraded their 13th European Cup around the buzzing Spanish capital.

The likes of Cristiano Ronaldo, Casemiro and Marcelo were pictured arriving for the celebrations in sunny Madrid, with the former seen high-fiving the fans before the bus parade.

Two Madrid fans, who gathered at Puerta del Sol square in anticipation of seeing their heroes, went as far as bringing balloons which read ’13’ to show off the amount of European Cups their side have won throughout the history. 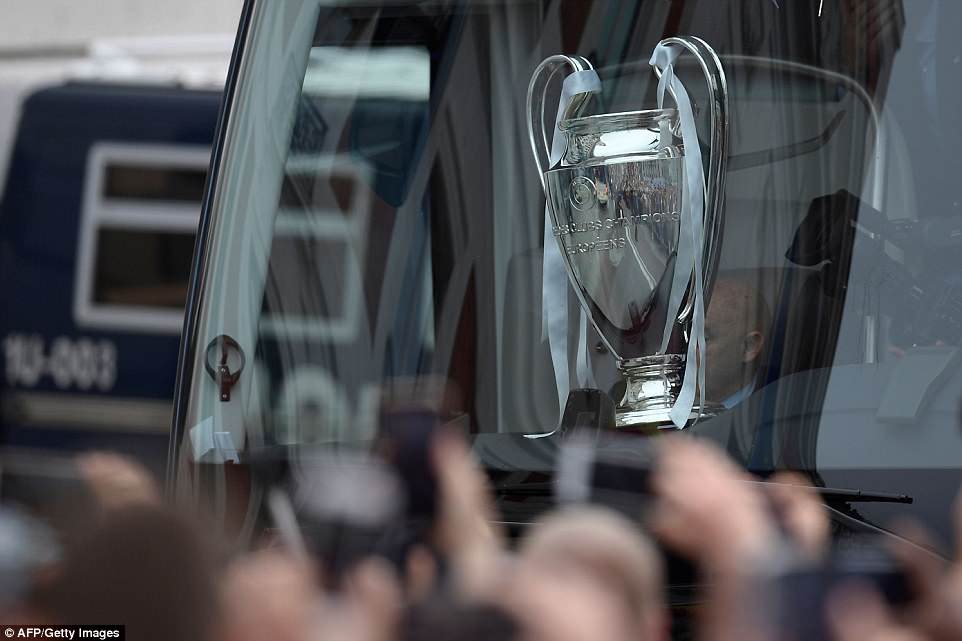 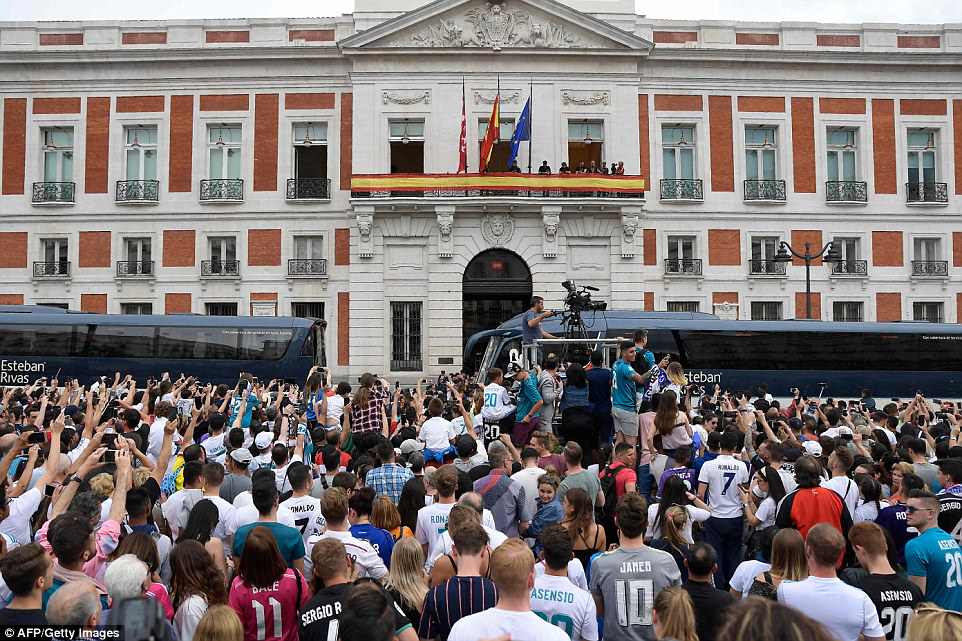