‘Next stop, Paris!’: Real Madrid stars look in great spirits as they set off for the Champions League final, with Karim Benzema leading the group onto the plane as they prepare to meet Liverpool at the Stade de France

Real Madrid stars were suited and booted as they stepped on board their flight to Paris, ahead of Saturday’s Champions League final against Liverpool.

The club’s official Twitter account posted a number of pictures on Thursday afternoon, with just two days to go before the big game at the Stade de France.

Carlo Ancelotti’s side will be aiming to win the competition for the 14th time against Jurgen Klopp’s men on Saturday evening – which would be double the amount of AC Milan who are next best with seven. 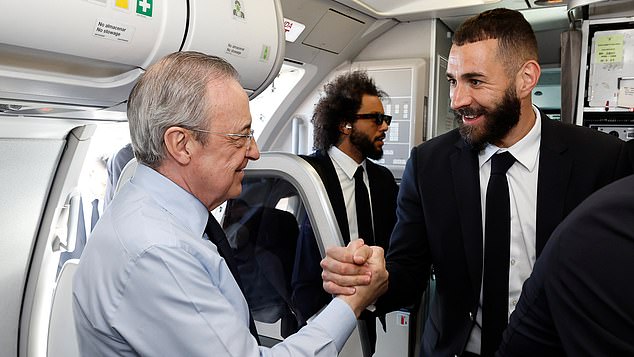 Karim Benzema, who has scored a staggering 15 goals in 11 games in Europe this season, led the group onto the plane and he was pictured shaking hands with Real Madrid president Florentino Perez.

Perez, coming off the disappointment of Kylian Mbappe opting to sign a new contract with Paris Saint-Germain rather than move to the Santiago Bernabeu on a free, will be keen to see his side lift the trophy for the first time since 2018.

Benzema could equal former team-mate Cristiano Ronaldo’s record for most Champions League goals in one season if he nets a brace against the Reds. 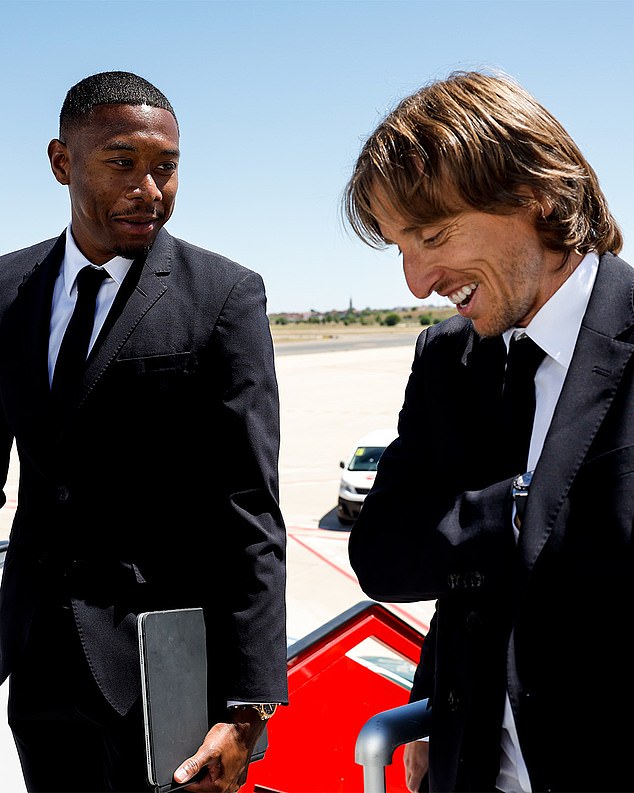 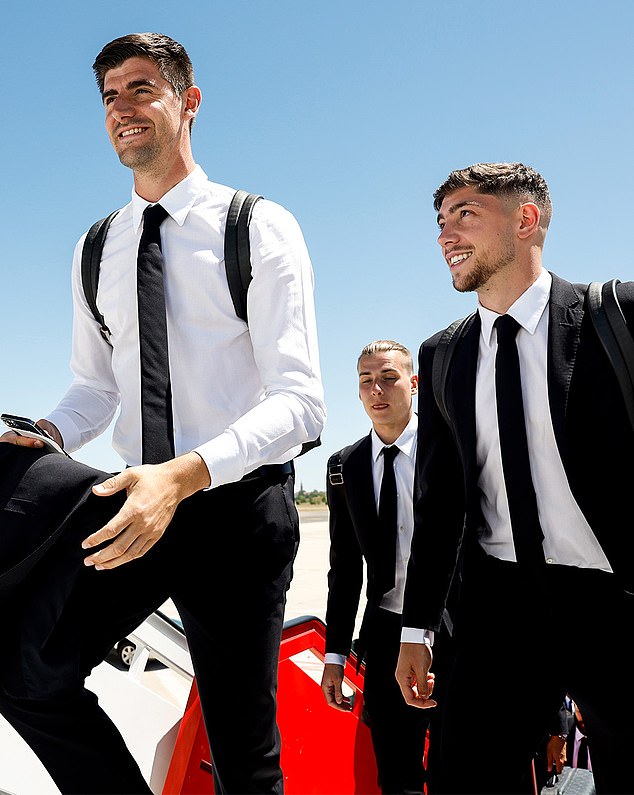 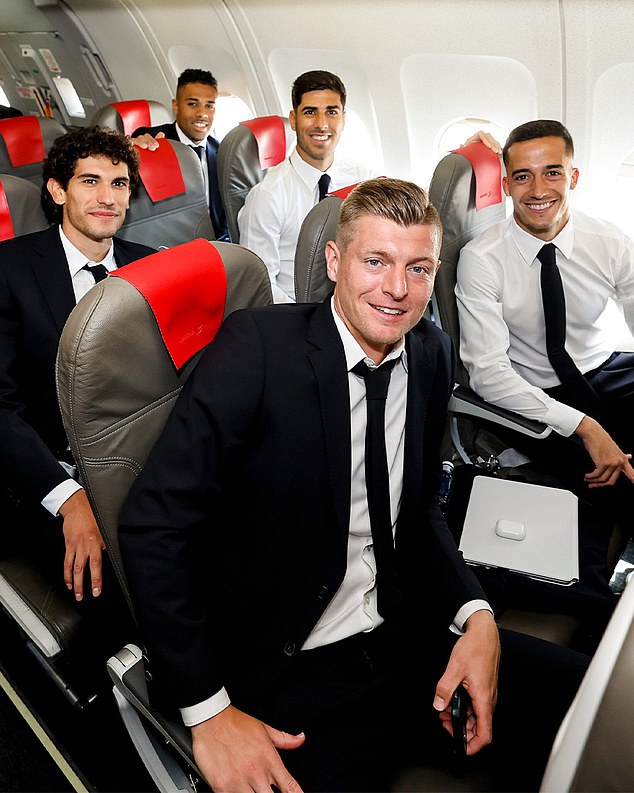 Luka Modric, the 2018 Ballon d’Or winner, and defender David Alaba, looked very smart in their black suit jackets and tie and white shirt, as they shared a joke while getting onto the plane.

Goalkeeper Thibaut Courtois was spotted leading a group of players onto the plane, while the club posted a video with midfielder Eduardo Camavinga who said: ‘Hello Madristas. We’re going to Paris.’

Veteran midfielder Toni Kroos looked relaxed as he took his seat next to Lucas Vazquez, with the pair posing for a picture with Jesus Vallejo, Marco Asensio and Mariano.

One man who could have a key part to play is Vinicius Jr, and the Brazilian winger looked very cool as he boarded the plane alongside defender Eder Militao with the pair also rocking black sunglasses.

On the flight, Perez was pictured alongside manager Carlo Ancelotti – who could win his first Champions League trophy since 2007 with AC Milan – which came against Liverpool then managed by Rafael Benitez. 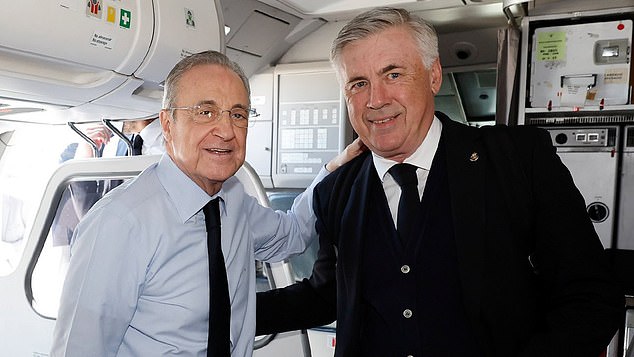 Among the notable players not pictured were Gareth Bale and Eden Hazard despite both being announced in the travelling squad.

Bale is set to leave the club at the end of the season after falling out of favour at the Santiago Bernabeu, while Hazard’s future remains uncertain due to his lack of game time.

Real Madrid’s last victory in the competition came in their 3-1 victory over Liverpool in 2018, where Benzema scored the opener before Gareth Bale added a brace.

Liverpool won the Champions League a year later in a 2-0 win over Tottenham and are looking to win the competition for the seventh time which would put them joint second with AC Milan.