Jurgen Klopp insists Liverpool will attack the Champions League final in their ‘own way’ and is committed to the adventurous philosophy that has made his team Europe’s most potent force.

Liverpool completed their preparations for the showdown with Real Madrid with an open training session in Kiev’s Olimpkskiy Stadium in which Emre Can put himself in contention for a place on the bench by coming through unscathed.

Klopp has been bringing Liverpool to a peak since they completed the Premier League season 12 days ago and his mood in the press conference was reflective of the way belief he has in his players: the German recognises Liverpool are underdogs but is not in the least bit concerned.

This has been an unexpected adventure but Klopp is determined it will have a successful conclusion and he will not divert from the exciting brand of football that has carried Liverpool past Porto, Manchester City and Roma in the knockout stages.

He said: ‘We had unbelievable quality on the bench for most part of the season. It is not about comparing the good things for Real Madrid with our things. We are in a much better position than a few weeks ago.

‘Eleven or 12 players had to play the last six to eight games. We are as fresh as we can be after these two weeks and fitness will not be an issue for tomorrow.

‘Playing a final and winning a final each team needs a bit of luck. We will never compare anything they have with what we don’t have. We are fine with the tools we have and we will use them and not think about what the other team has.

‘Maybe a few clubs have better things than we have but they are not in the final, we are. We did it our way and we want to do it our way again and we will see what it leads to.’ 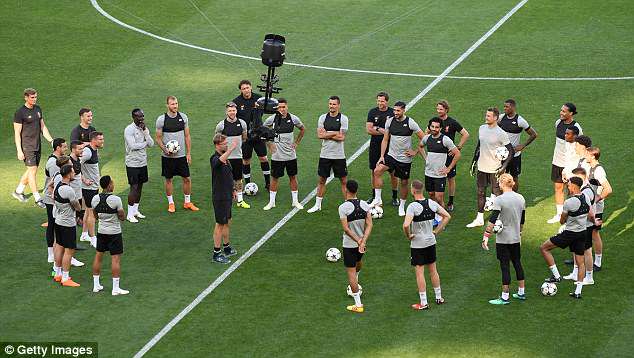 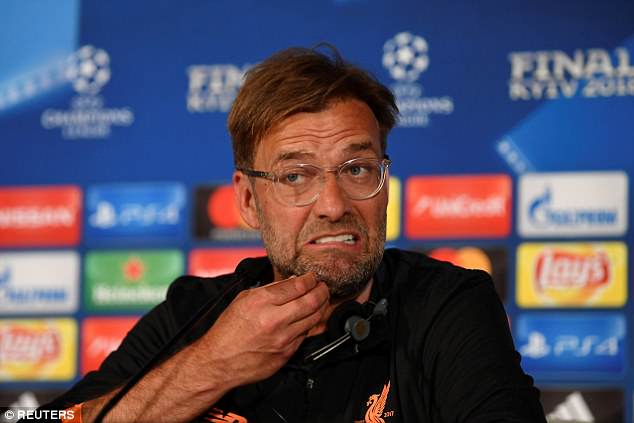 Klopp also launched a defence of his counterpart Zinedine Zidane, saying that the Frenchman is already proving to be as good a head coach as he was a player.

He continued: ‘If a lot of people think Zinedine Zidane has not a lot of tactical knowledge and then people think the same about me that would be really funny.

‘The two managers in the Champions League final have no clue about tactics? What would that say about the game?

‘For me, Zinedine Zidane is one of the best five players of all time in football. I’m longer in Liverpool than he is at Real Madrid and he can win the Champions League for a third time. That’s never happened before.

‘Unfortunately, I have to accept that he is as brilliant as he was as a player. This group of players work like a clock from Switzerland. I saw his team playing a lot of times and it is just fantastic football. 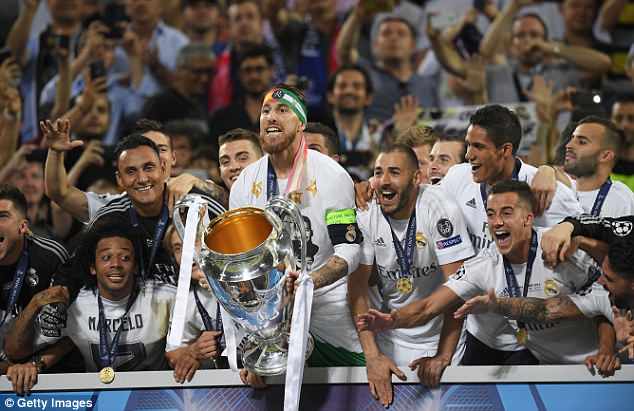 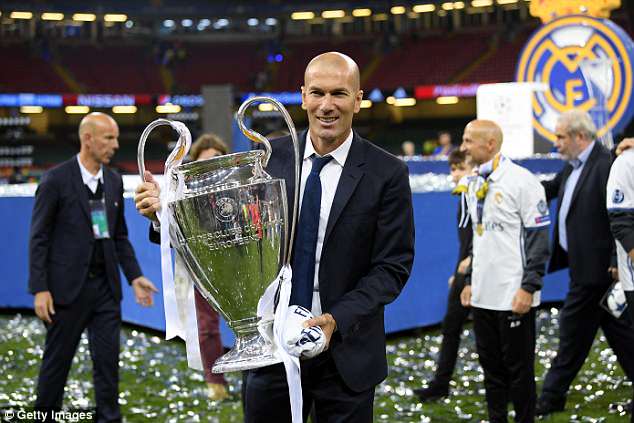 ‘Zinedine Zidane has been fighting all his career, from where he grew up in Marseille he had to fight. It just maybe didn’t look that way when he played.

‘I saw his face when someone asked him if Liverpool would be hungrier in this final. He is still a fighter. I would have had the same face and I’m from a small village in the Black Forest. We are proud to be here. Let’s do the best we can and play.’

Regardless of who is hungrier come Saturday night, one thing for sure is Real Madrid go into it with vastly more experienced. Indeed, the first XI will be much the same from the one who have won three of the last four tournaments.

Klopp concedes that Real Madrid’s experience will be a ‘very important’ factor and says the Spanish side will be more confident when the game kicks off.

Asked how Real Madrid will feel when they step out for a third consecutive final, Klopp joked: ‘I wouldn’t know, I’ve never been twice in a row in the final. 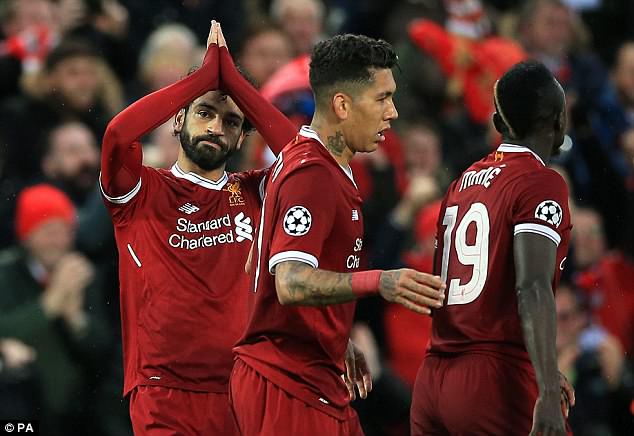 ‘Experience is very important in a final and I am pretty sure in the second before the game Real Madrid will be more confident than we are but that is not a problem because the game doesn’t end in that second, it only starts.

‘We’ve had two weeks to prepare and analyse. I’ve looked at the teams they’ve played and they have played really strong teams but they never played us and we are Liverpool.

‘Not only are we a really good football team but this club has in its DNA to go for the big things. We are Liverpool. Nobody expected us to be here but we are here because we are Liverpool. The team with the most goals in the run to the final – it’s us.

‘I can’t believe it but it’s true.

‘We scored the most goals and had exceptional performances. The experience they have is an advantage 100 per cent but in the game experience does not help you all the time.

‘We need to make it as difficult as we can for them. We cannot try to fight on their level but tactics in football are there to bring a better opponent to your level and when they are on your level you can beat them.’ 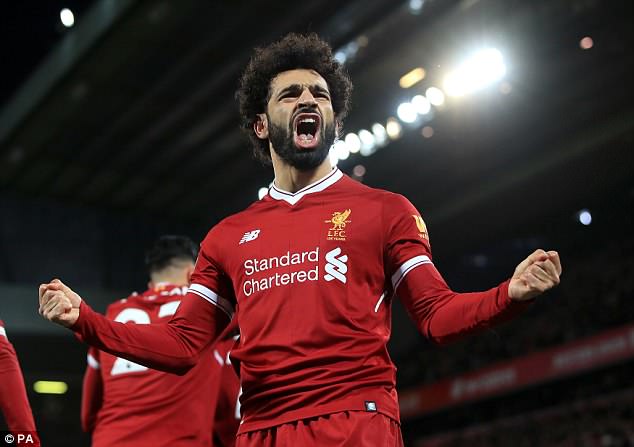