Casemiro has suggested he would rather be in the Champions League final than win La Liga after Barcelona captured the title.

Real Madrid have struggled in the league this campaign, and following Sunday night’s 2-2 draw in a tempestuous Clasico, the Santiago Bernabeu club are 15 points behind their fierce rivals.

Despite their domestic issues, Real manager Zinedine Zidane has led his side to a third consecutive Champions League final. 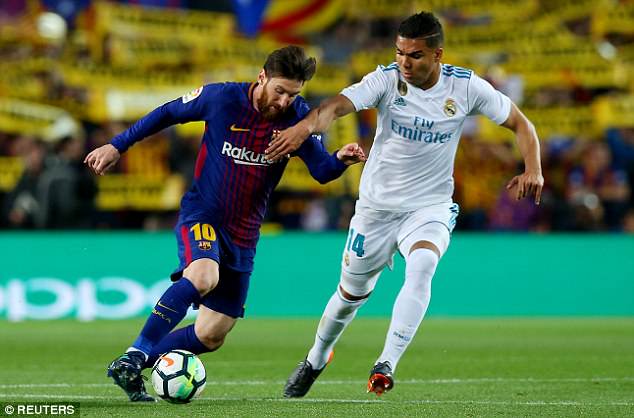 And Brazilian midfielder Casemiro has insisted he prefers that feat to Barcelona’s La Liga crown, which they confirmed with a victory against Deportivo La Coruna at the end of April.

‘It does not matter if Barca are already the champions,’ Casemiro said to Movistar.

‘I prefer the Champions League final, congratulations to them because maybe they have played better in La Liga.’

Real can win Europe’s elite club competition for a third time in a row when they face Liverpool on May 26. 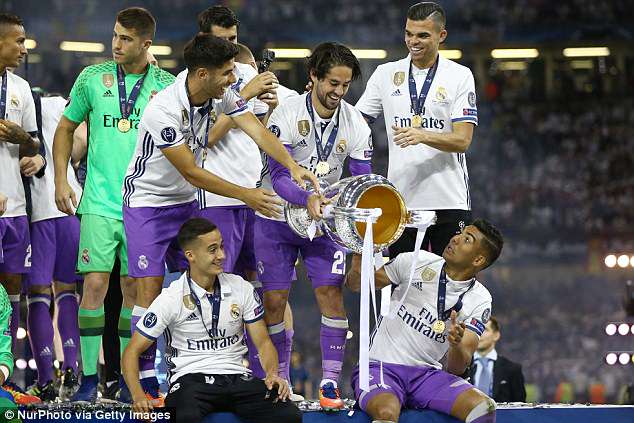 Meanwhile, Barcelona defender Gerard Pique has revealed he asked the club’s staff to provide them with a guard of honour after Real refused.

Barcelona had not given Real one after they won the Club World Cup earlier this season.

‘As we are a family, and they didn’t want to give us a guard of honour, I’ve asked our staff to make one,’ Pique said. ‘With that we are leaving.’

Barcelona have three more league fixtures to play as they aim to pull off an undefeated season in the Spanish top flight. 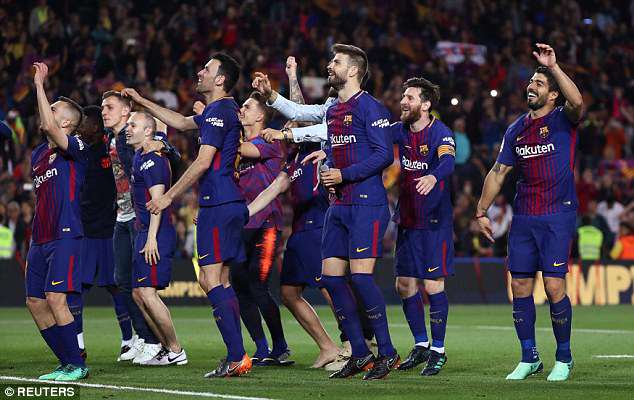 Elsewhere, Gerard Pique revealed he asked staff to provide Barcelona with a guard of honour