Real Madrid midfielder Marcos Llorente ‘wants to move to the Premier League this summer’ with Manchester United and Arsenal interested in signing him.

The 24-year-old has made just six league appearances this season – 15 in all competitions – and Real coach Zinedine Zidane has suggested he should leave the club on loan.

Indeed, Llorente had been in line for a move to Alaves in January but his positive form led to the loan being cancelled.

However, he then suffered an injury in January that kept him out of the Real side for much of the rest of the campaign.

According to Spanish newspaper AS, Llorente, who has made 37 senior appearances for Real, is now in favour of a move to England.

It follows reports in Marca that Zidane has personally told the midfielder he can leave the club in the summer.

‘He was incredible during the season where he played (on loan) at Alaves (in the 2016-17 campaign) and a similar situation would be the best-case scenario for him again.’ 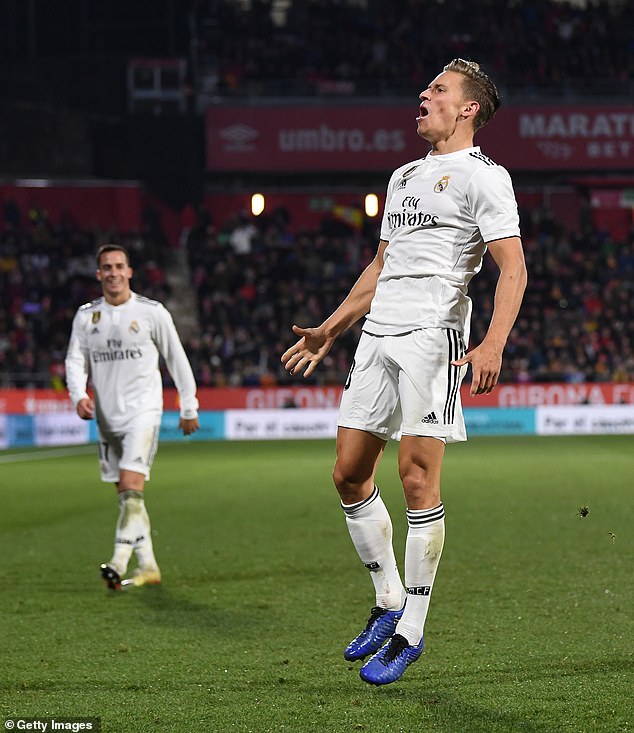