Gareth Bale is set to be on the bench on Tuesday night as Real Madrid seek to reach their third consecutive Champions League final.

The Wales forward scored against Leganes on Saturday, making him the club’s second leading scorer with 15 goals this season, but he has dropped behind Marco Asensio, Isco and Karim Benzema in Zinedine Zidane’s pecking order.

Bale has cut a miserable figure on the bench recently and is set to miss out again as Madrid take a 2-1 lead against Bayern Munich into the second leg. Zidane insisted his own future would not be decided by Champions League success, which may be bad news for Bale. 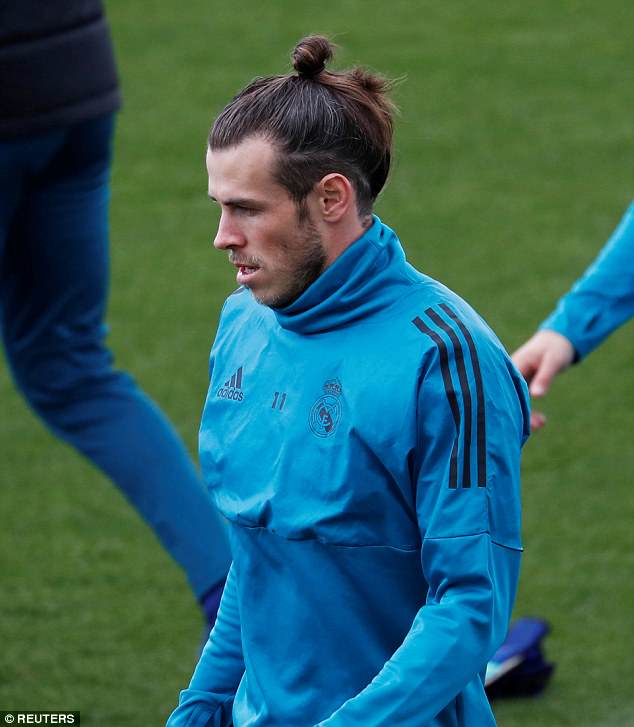 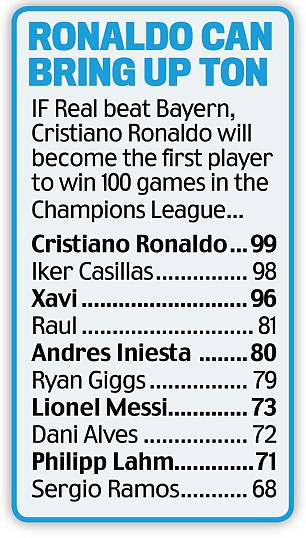 ‘I want to stay at the club,’ Zidane said. ‘There are plenty of better, more accomplished coaches than me but I was lucky to be here as a player and I have the chance to be here now as a coach.’

Manchester United retain interest in Bale, who earns £350,000 a week, but Real Madrid president Florentino Perez would like to get at least one more season out of the 28-year-old.

Bayern Munich are without Arjen Robben and Jerome Boateng on Tuesday but David Alaba is fit again.

Robert Lewandowski will start up front with some Bayern supporters suggesting they would not mind if Real Madrid followed up interest in signing the Poland forward, who has not scored a Champions League goal since February.

Bayern Munich chief executive Karl-Heinz Rummenigge snapped: ‘I find that suggestion ridiculous. He has scored another 39 goals this season. He is staying with us.’

Cristiano Ronaldo will lead the line for Madrid. He is one short of becoming the first player to 100 wins in the competition. 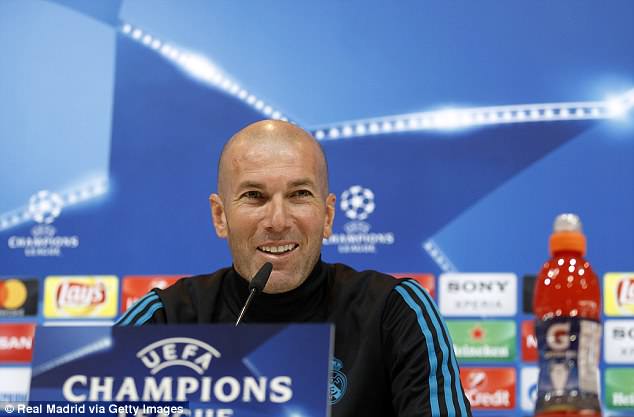 ‘There are plenty of better, more accomplished coaches than me,’ Zinedine Zidane admitted