Lionel Messi capped a record-breaking night with a brace and an assist as Barcelona romped to a 6-1 win over Real Sociedad.

Messi set up the first of Sergino Dest’s two goals and then scored Barca’s fourth of the night as he played his 768th game for the club, overtaking Xavi to become the player with the most appearances for the Catalans.

Antoine Griezmann had opened the scoring and Ousmane Dembele added a fifth for the visitors before Ander Barrenetxea struck a fine consolation goal in the 77th minute. 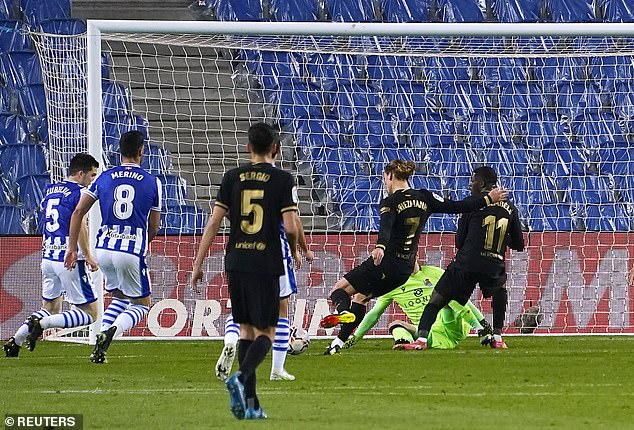 But, fittingly, the final word belonged to Messi, who capped a sweeping team move by turning home Jordi Alba’s cross in the 89th minute.

It was a fifth straight league victory for Barca, who moved back above rivals Real Madrid into second place, four points behind leaders Atletico Madrid, who edged out Alaves 1-0 earlier in the day.

Though a couple of early chances fell to Messi, Barca struggled to carve out clear openings until the game opened up for them shortly before the break. 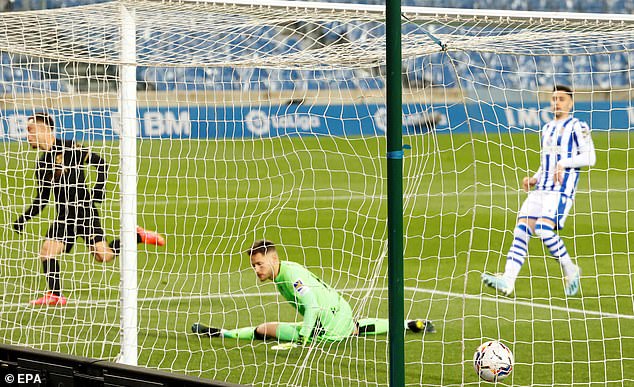 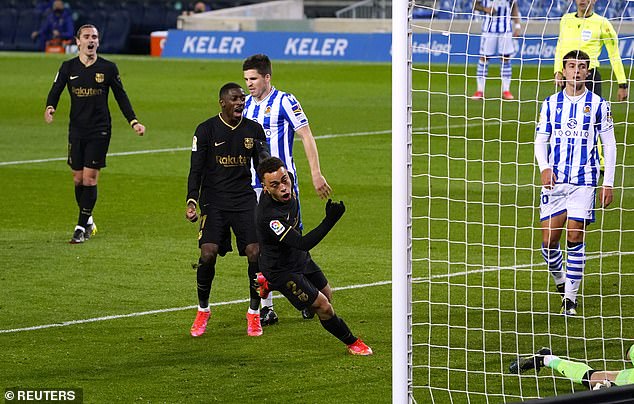 The first goal arrived in the 37th minute as they worked the ball wide for Alba, who centred for Dembele. Although the Frenchman’s close-range effort was saved by Alex Remiro, the ball bounced back out for Griezmann to finish on the follow-up.

Alexander Isak forced a save from Marc-Andre ter Stegen moments later, but it would be Barca who doubled up before the break,,,,, with Messi the creator.

The Argentinian drove at the Sociedad defence, drawing a crowd of defenders on the edge of the box before slipping the ball through for Dest, allowed to ghost in from the right before sliding the ball beyond Remiro.

It was Dest’s first LaLiga goal but he had a second eight minutes into the second half.

Alba rounded Andoni Gorosabel and Robin Le Normand to race into the box from the left, firing in a low ball which Dest sprang forward to turn in.

Messi then got the goal the occasion demanded, though much of the credit should go to Sergio Busquets who lifted a wonderful ball forward, with the Argentinian running on to it to lift it beyond the goalkeeper, making it 4-0 before the hour mark. 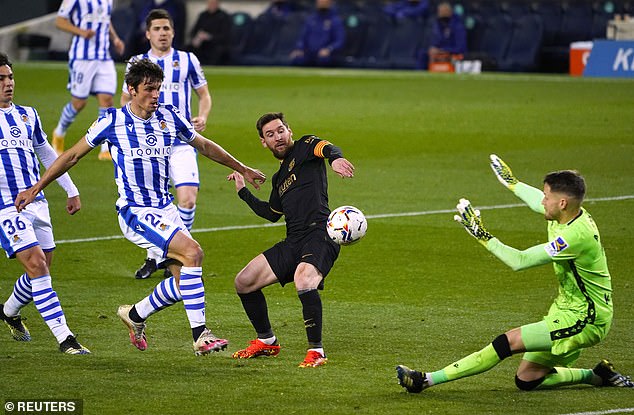 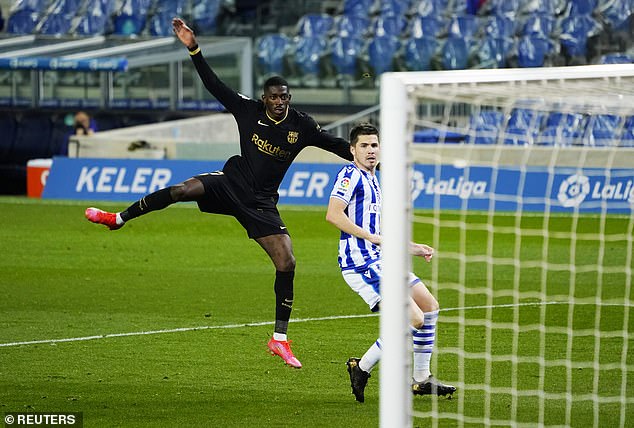 It was five 15 minutes later as Dembele scored a fine solo effort, driving at the defence before hitting a low left-footed shot which span away from the goalkeeper to find the far corner.

Sociedad teenager Barrenetxea scored a fine consolation goal in the 77th minute, played in by fellow substitute Carlos Fernandez and hitting a rising shot from the edge of the area which whistled beyond the goalkeeper.

It was arguably the goal of the night but Barcelona answered with a fine team move, shifting the ball around the park before Messi turned in Alba’s cross for a final flourish.