The California home that seven strangers lived in for several months in MTV’s 1994’s Real World: San Francisco is for sale for $7million.

A group of seven strangers lived inside the Russian Hill house with all their exploits caught on camera. The house helped launch the popularity of MTV’s now-massive Real World empire.

The home, built in 1925, is now being sold as a triplex encompassing a total of 3,705 square feet. A fire, caused by an unattended scented candle, ripped the house apart in 2000 and it was redone. 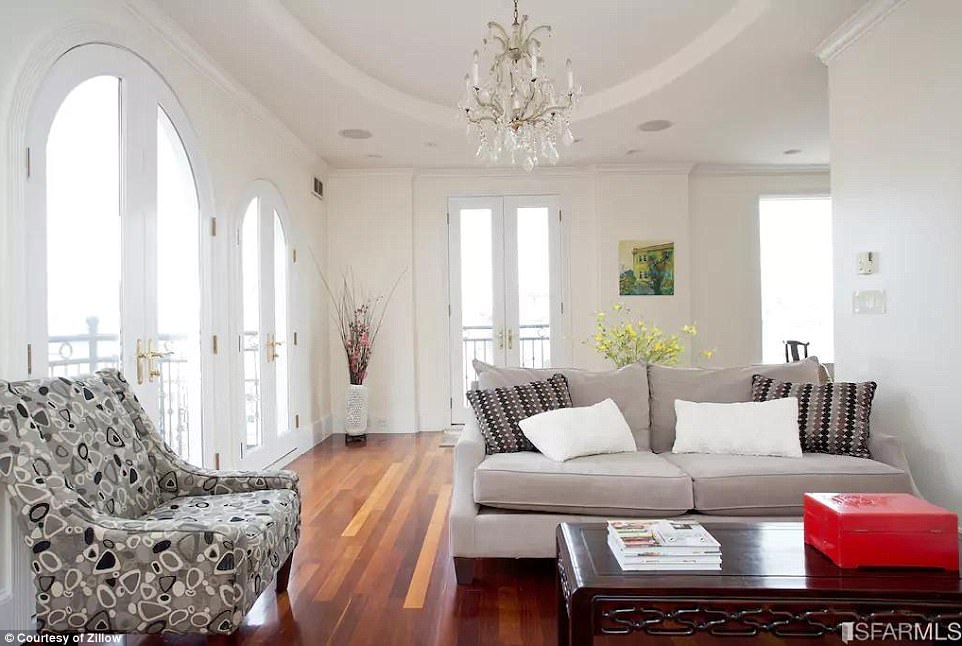 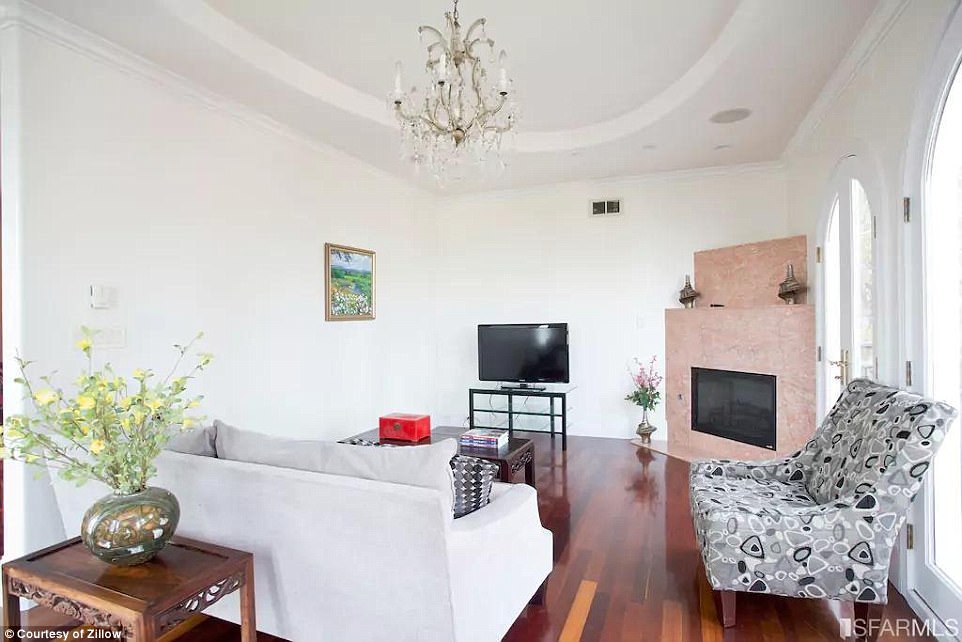 A fire caused by a scented candle tore through the property in 2000, so the entire home was remodeled and modernized 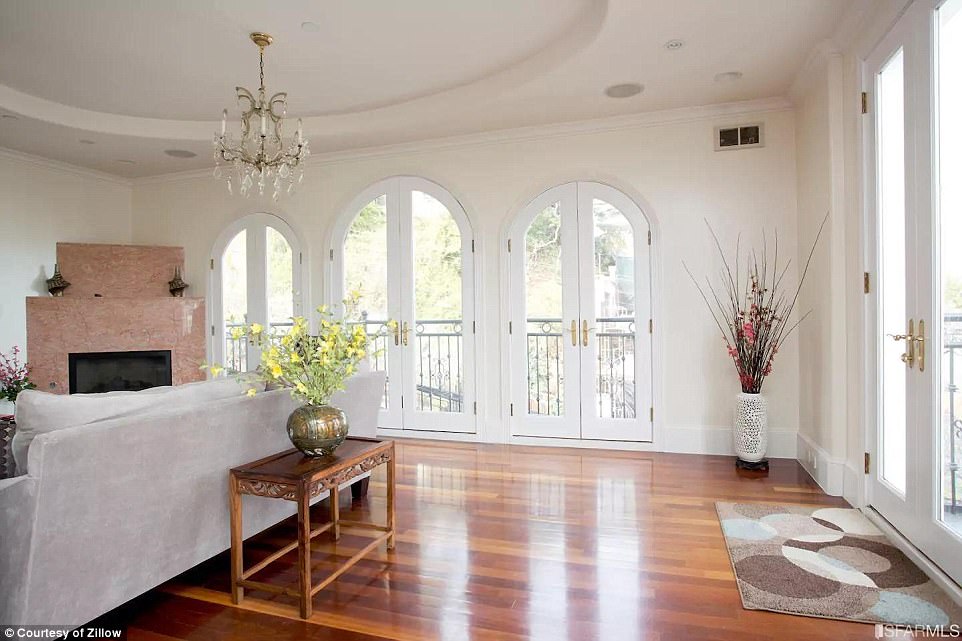 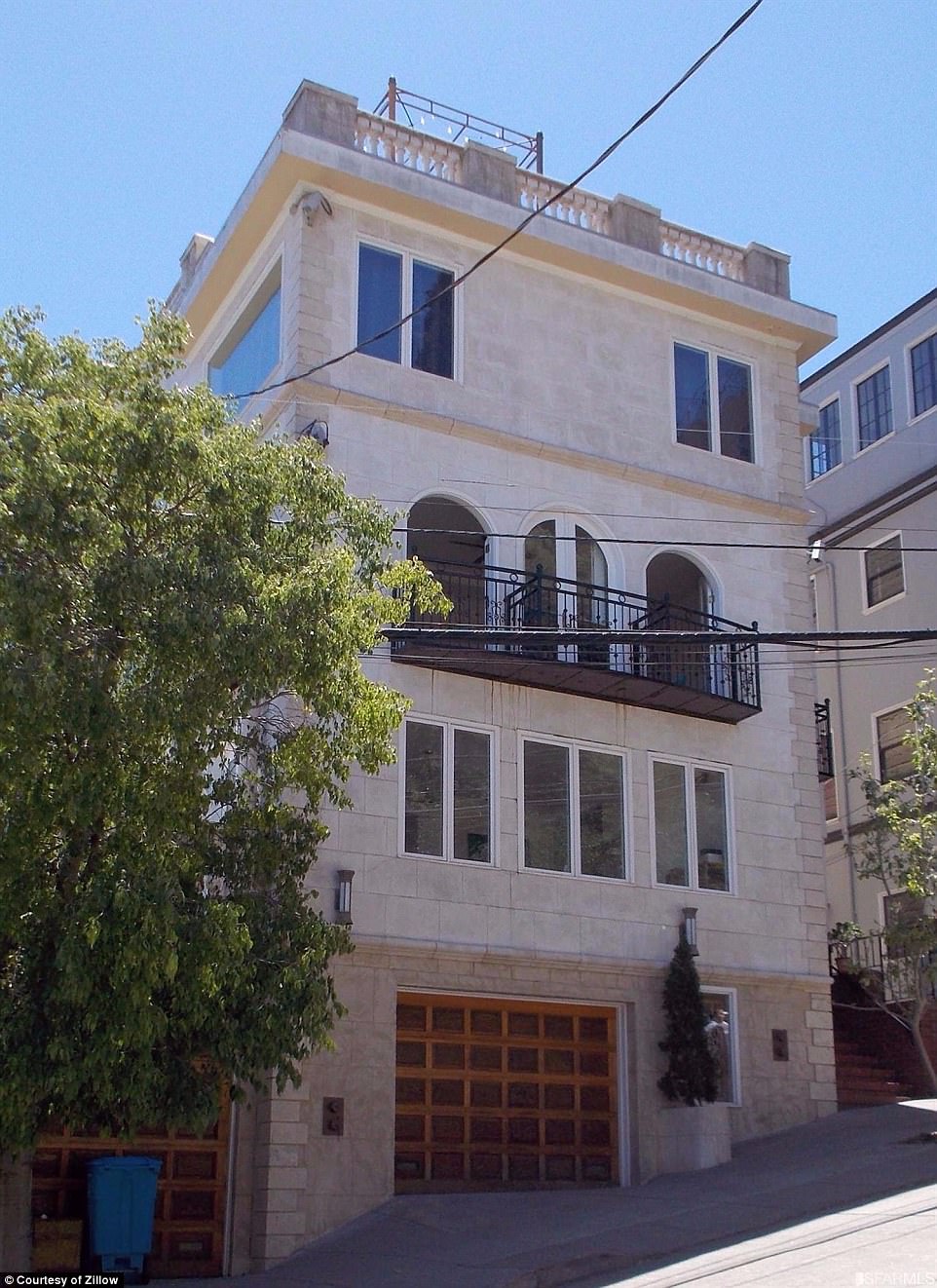 The result of the flames means the interior is close to unrecognizable as the site of Real World. Gone are the 1990s-era vibes, replaced with bright white interiors, new hardwood floors, and updated kitchens and bathrooms.

The building has seven beds and seven baths spread out across all three units.

The lower unit has French doors, a limestone patio and a small garden. It also has a remodeled kitchen with a dining area, two bedroom suites, two and a half baths plus a bonus studio with a full bath.

The middle unit has a living room with balconies, a kitchen with a dining area, two bedrooms and remodeled bathrooms. 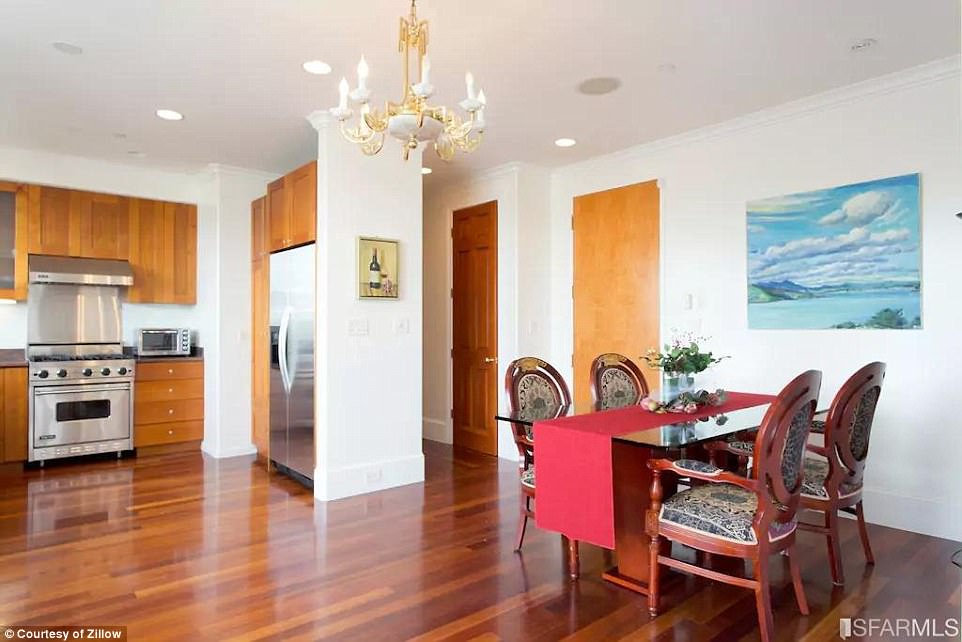 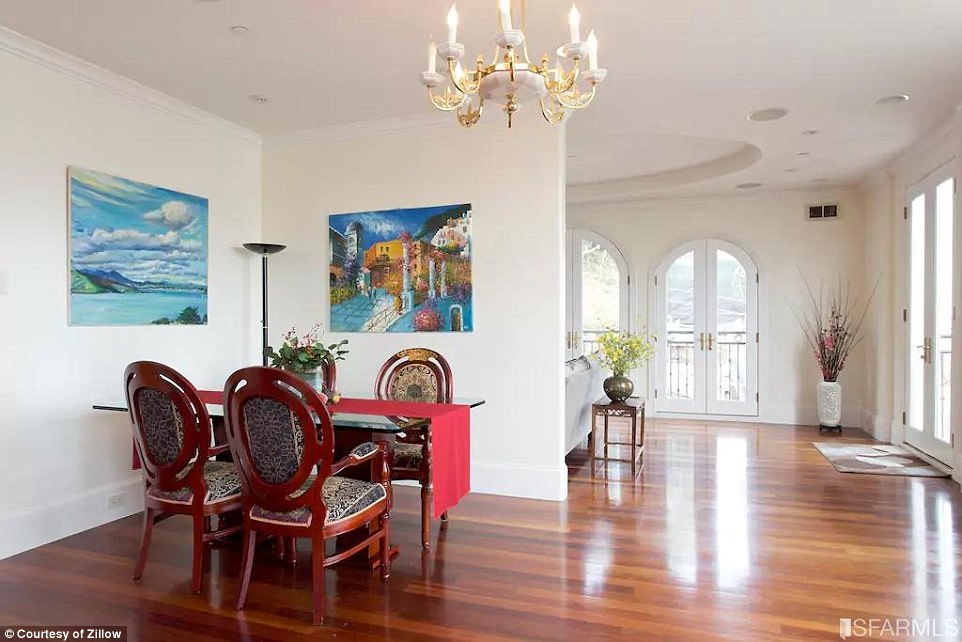 The building in Russian Hill has a total of 3,705 square feet and fully renovated kitchens, bathrooms and bedrooms 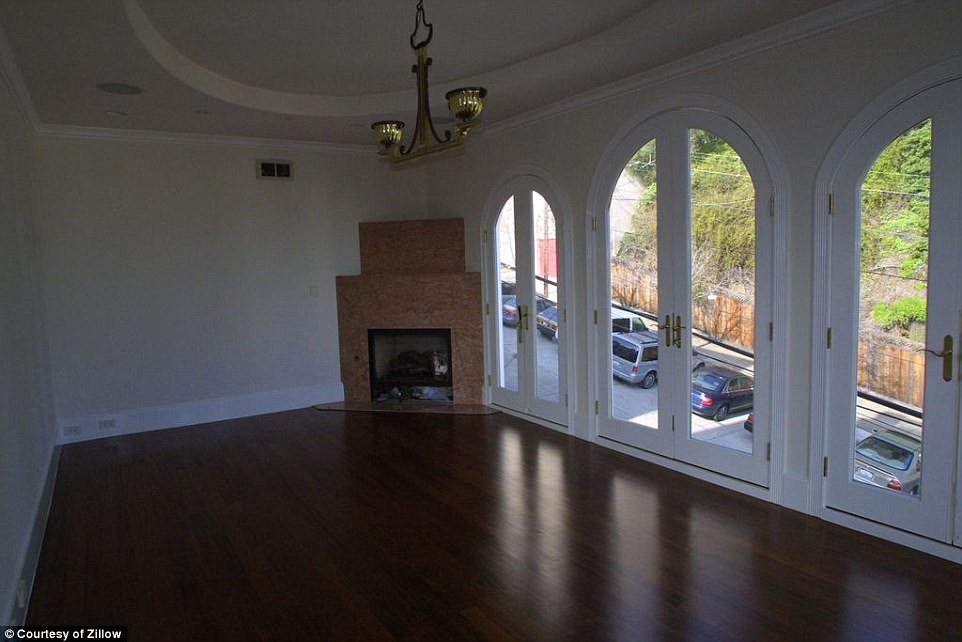 The lower unit in the building has French doors (pictured), a limestone patio and a small garden. It does not come furnished 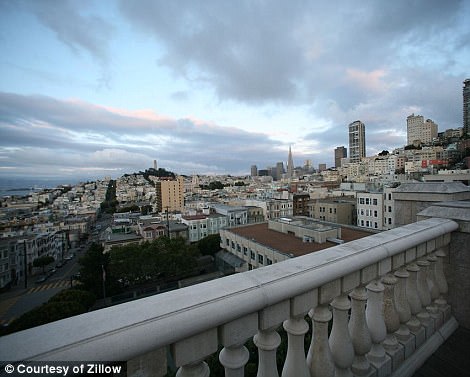 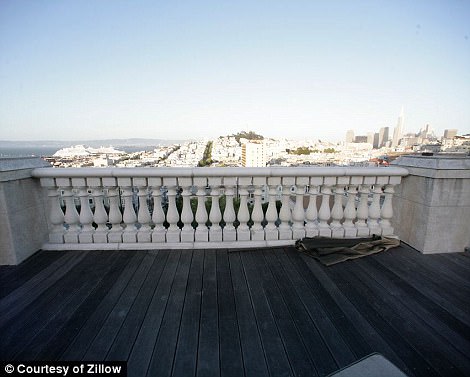 The top unit has direct access to a 1,500-square-foot roof deck that looks out over San Francisco and the Bay

The top unit has direct access to a 1,500-square-foot roof deck with amazing views of San Francisco. It also has a great room with a living and dining area, two bedrooms and two full baths.

The building also comes with a five car garage.

In 2014 one of the units was available for rent at the casual price of $5,800. The middle uni is currently available to stay in through Airbnb.

The 1994 season of Real World was considered groundbreaking at the time. The show chooses a group of diverse strangers who live together for several months and ‘get real.’ The San Francisco season starred an openly gay, HIV positive man named Pedro Zamora. 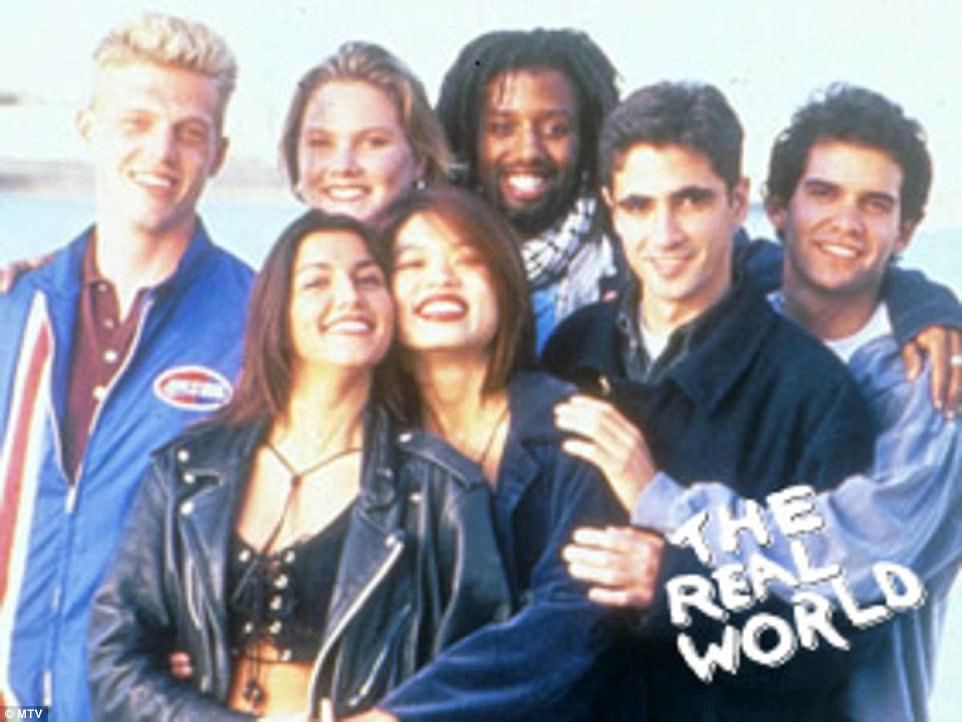 Pictured: The 1994 cast of Real World: San Francisco. They lived in the Russian Hill house for several months together

Pedro married his partner Sean Sasser on camera, which the show said was the first time a same-sex wedding was shown on TV. Pedro died later that year at 22 years old.

Rachel Campos, an avid Republican and former Real World cast member, later went on to marry a Wisconsin congressman who was also a reality star. The couple currently has eight children.

David ‘Puck’ Rainey famously got kicked off the show before the season ended. He and Pedro really couldn’t get along, and their conflicts are credited with helping make Real World famous. In 2012, he went to prison for stalking a woman.