‘If you follow instructions, you starve to death’: Reality of life in North Korea revealed in UN report that says 40% of population go hungry

North Koreans are often abused and forced to resort to bribery to survive, according to a UN report released today.

A report from the UN Human Rights Office said as many as 40 per cent of the country go hungry after the collapse of socialist systems intended to provide them with food.

Millions of citizens are currently working in hundreds of thriving markets that sprung up with the failure of the country’s public system for distributing basic goods.

North Korea is officially socialist but has overlooked some market activities since the public rationing system collapsed amid an economic crisis and devastating famine in the mid-1990s.

Poor state reform measures and a broadly worded criminal code, however, mean that officials are able to extort money and other favors from people working at the informal markets by using the threat of arrest and detention.

‘People in (North Korea) are trapped in a vicious cycle, in which the failure of the state to provide for life’s basic necessities forces them to turn to rudimentary markets where they face a host of human rights violations in an uncertain legal environment,’ the UN office said in a separate news release.

The UN office said its report is based on 214 first-hand accounts of North Koreans who escaped from their homeland and resettled in South Korea.

It said a majority of its interviewees left North Korea after current leader Kim Jong Un took power in late 2011.

The UN office said it has no access to North Korea to independently investigate its human rights condition. 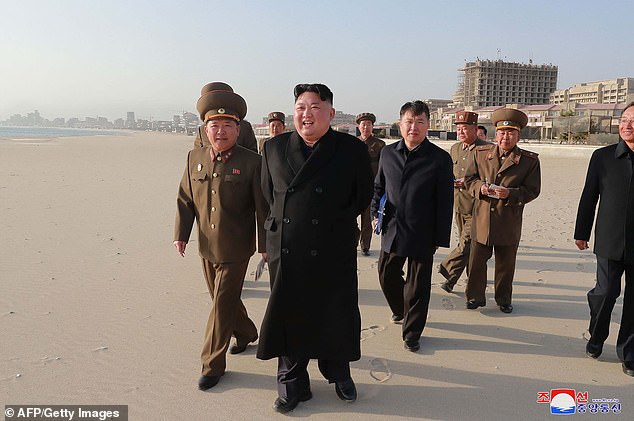 North Korea is extremely sensitive to any outside criticism of its rights record, calling it a provocation aimed at slandering its government, which has been run by the same family for about 70 years.

After its public distribution system broke down, North Korea took steps to legalize and regulate some of its thriving markets.

The steps include charging rent for stalls, controlling prices and monitoring what products are for sale in markets.

The government steps have not been deep-rooted and lack adequate measures to accommodate market activities, enabling officials to use laws on managing the socialist economy to criminalize a wide range of commercial activities, according to the report.

It said there is also an absence of the rule of law and due process guarantees in North Korea and that a justice system serves to legitimize human rights violations. 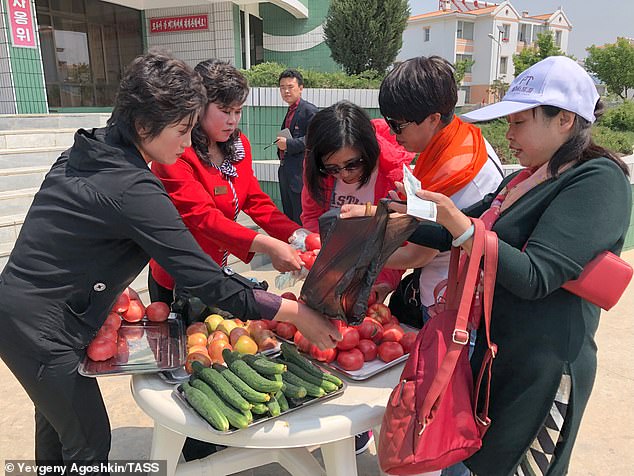 ‘The report finds that in effect, this threat of arbitrary arrests and harsh consequences that follow provide state officials with powerful means to secure bribes from a vulnerable population seeking to eke out the existence of rudimentary market activity,’ Daniel Collinge, a UN human rights officer, told reporters in Seoul.

‘The financial hardships of the struggling population are thereby compounded as money is extorted systematically to support state officials.’

Some North Korean refugees said they worked at markets after paying bribes and freeing themselves from their state-run companies, which are struggling to operate, the report said.

‘The state is no longer able to supply the materials to factories or to distribute the manufactured goods, so they rely on people like myself to perform these functions,’ the report cited a former North Korean, one of its interviewees, as saying.