Sprawling quarantine camps with rows upon rows of cramped metal boxes to house people suspected of having Covid-19 have sprung up in China, social media videos show.

The Communist country is attempt to eradicate the virus despite warnings that the more infectious Omicron variant makes a Zero Covid strategy impossible, even with the draconian measures used by Beijing.

There are now a total of 20million people confined to their homes in China after the cities of Anyang and Yuzhou joined the 13million in Xi’an under quarantine and banned from leaving their home even to buy food.

Anyang, home to 5.5 million people, was locked down late Monday after two cases of the omicron variant were reported – and some residents of locked-down cities have told the BBC that they were part of a ‘big transfer’ of thousands of people to the camps.

Pregnant women, children and the elderly are believed to be among those sent to the Xi’an camps, with insiders sharing the horrors of their detention in the Zero Covid state.

Footage widely shared online shows people in the tiny boxes furnished with a wooden bed and a toilet, where they are forced to remain for as long as two weeks. 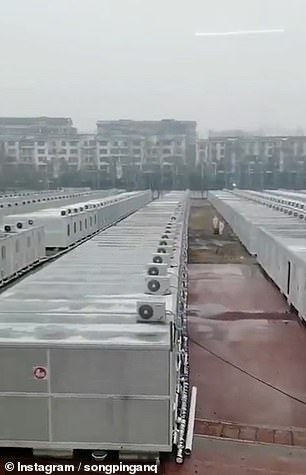 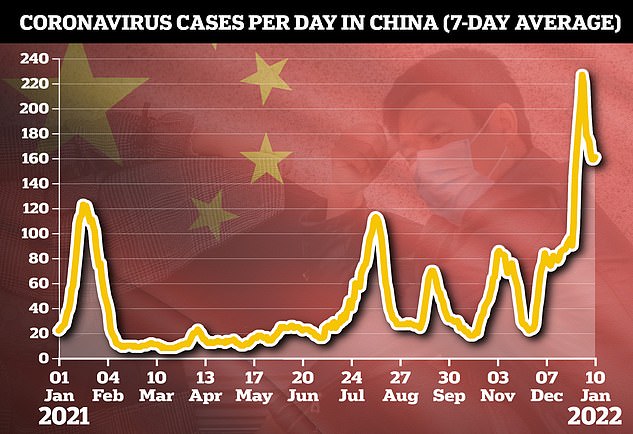 Detainees showed workers in hazmat suits providing food to those being held in the camps in the epicentre of the latest Chinese outbreak.

Those who have experienced the dystopian facilities say they have been left with little food in the freezing metal boxes.

Residents in the Mingde 8 Yingli housing compound were told just after midnight on January 1 they had to leave their homes and enter the quarantine centre.

Local reports said residents had mixed while queuing for their Covid tests.

A witness claimed 30 buses arrived at the compound, while another said 1,000 people were transferred. 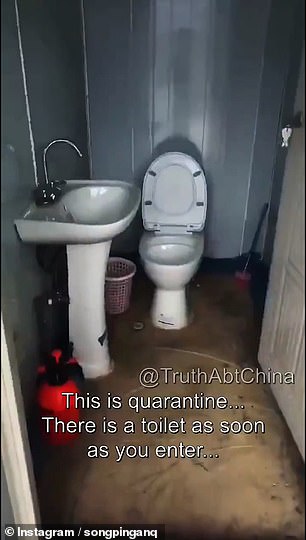 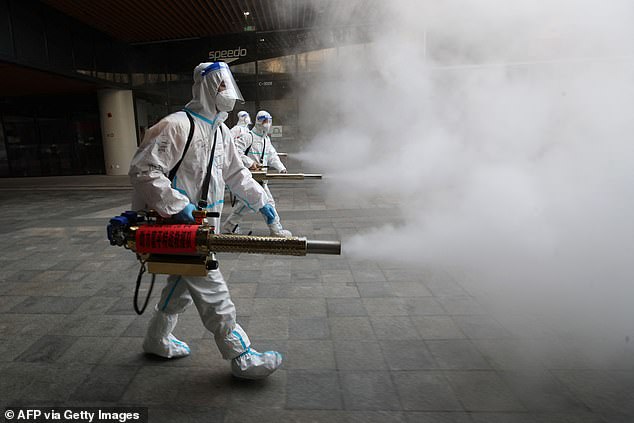 The residents were then left on the buses for several hours, with one image of a man standing alone at night while waiting to be moved to the camp went viral on Chinese social media.

One comment online seen by the BBC said: ‘There is nothing here, just basic necessities… Nobody has come to check up on us, what kind of quarantine is this?

‘They did a big transfer of us, more than a thousand people, in the night and many of us are elderly people and children.

‘They didn’t make any proper arrangements and so they just carelessly placed us.’

Outside of the camp, a man was beaten by pandemic workers after he left his home to buy steamed buns, footage showed.

There are now a total of 20million people confined to their homes after Anyang and Yuzhou joined the 13million Xi’an under quarantine.

The lockdown of Anyang, home to 5.5 million people, was announced late Monday after two cases of the omicron variant were reported.

Residents are not allowed to go out and stores have been ordered shut except those selling necessities.

It wasn’t clear how long the lockdown of Anyang would last, as it was announced as a measure to facilitate mass testing of residents, which is standard procedure in China’s strategy of identifying and isolating infected people as quickly as possible.

The lockdowns are the broadest since the shutting down of Wuhan and most of the rest of Hubei province in early 2020 at the start of the pandemic.

Since then, China’s approach has evolved into one of targeting smaller areas hit by outbreaks for lockdowns.

The approach of the Winter Olympics, which open February 4 in Beijing, and the emergence of omicron have brought back citywide lockdowns in a bid to snuff out outbreaks and prevent them from spreading to other parts of China. 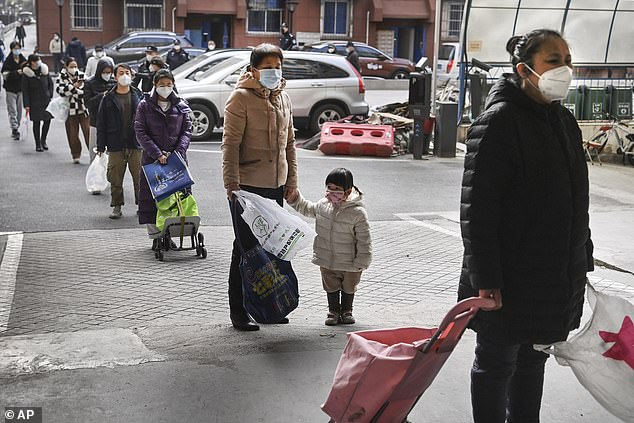 A Beijing Olympics official responsible for disease control, Huang Chun, said organisers are counting on the cooperation of athletes and officials to prevent an outbreak that could affect participation.

‘If the mass cluster transmission happens, it will impact the Games and the schedule for sure,’ Huang said. ‘The worst scenario, if it happens, is independent of man’s will, so we leave our options open.’

The Anyang omicron cases are believed to be linked to two other cases found Saturday in Tianjin. It appears to be the first time omicron has spread in mainland China beyond people who arrived from abroad and their immediate contacts.

Anyang is an important archeological site, the ancient capital of the Shang dynasty and where the earliest Chinese writing has been found on what are called oracle bones.

The city said that non-essential vehicles are banned from streets in a lockdown notice shared online by state media late Monday.

The number of cases is still relatively low, with 58 new ones confirmed from the start of Monday to 8am Tuesday morning.

Tianjin, a major port that is less than an hour from Beijing by high-speed rail, has locked down only affected areas as it carries out mass testing.

As of noon Tuesday, 97 people had tested positive in the city of 14 million people: 49 with symptoms, 15 without symptoms and 33 awaiting further verification.

Xi’an and Yuzhou are both battling the delta variant and neither has reported any omicron cases.

More than 2,000 people have been infected in Xi’an in China’s largest outbreak since the initial one in Wuhan.

The ancient capital is a popular tourist stop that is home to the Terracotta Warriors ruins and also a Samsung computer chip factory.

Authorities have credited the lockdown with curtailing the spread, though it disrupted lives and emergency medical treatment for some.

The city reported 13 new cases in the latest 24 hour period, down from more than a hundred a day at the peak of the outbreak.