A Polish reality TV show called ‘Go Back to Where You Came From’ will follow participants as they retrace the journey migrants make from Iraq to Europe.

Six people, travelled with just their passports, phones and some money, for nearly a month as they worked back along the treacherous migrant trail.

Participants made their way through Germany, central Europe and Serbia before boarding a boat in Greece to cross the Mediterranean. They then spent time in a refugee camp before ending their journey in Iraq’s Kurdistan region, according to Poland’s TVN network.

But the show has already run into criticism with some accusing producers – who described it as a documentary rather than reality TV – of exploiting migrant suffering.

According to NBC News,TVN’s assistant programme director Bogdan Czaja has been quoted in Poland as saying the format will help to fuel debate on immigration in the country.

‘We are aware that this is a politically sensitive and controversial issue. We want this [the show] to be part of the dialogue.’ he said.

The people featured in the show, who started their journey in Berlin, spent part of the end of the trip in northern Iraq where they met former ISIS captives and Yazidis in refugee camps. 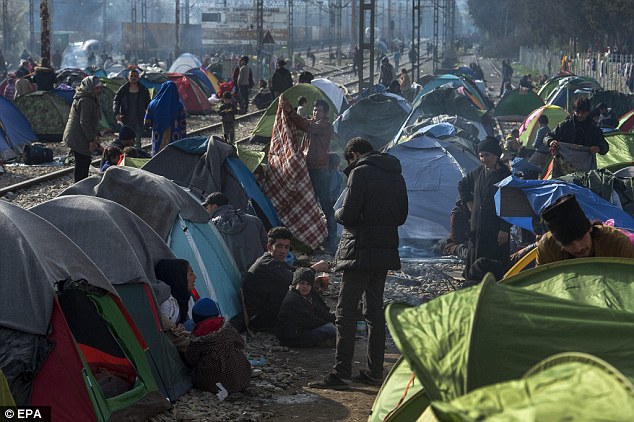 Six people, travelled with just their passports, phones and some money, for nearly a month as they worked back along the treacherous migrant trail (file picture)

At the time, it was reported that Poland had not taken a single refugee under a scheme passed by a majority of EU members to spread migrants after the huge influx in 2015.

Mr Morawiecki said: ‘Countries must have the right to decide who they are taking and who they do not accept.’