Jordan Finlayson, 28, pleaded guilty to two counts of prohibited drug dealing and one count of drug possession but will contest allegations she kept a stash of other people’s mail and used a stolen debit card to buy cosmetics and perfume last year.

Finlayson didn’t appear when her case was mentioned in Downing Centre Local Court on Wednesday, where her solicitor fixed a disputed facts hearing for July 22, during which eight police officers will be called as witnesses, the St George Shire Standard reported. 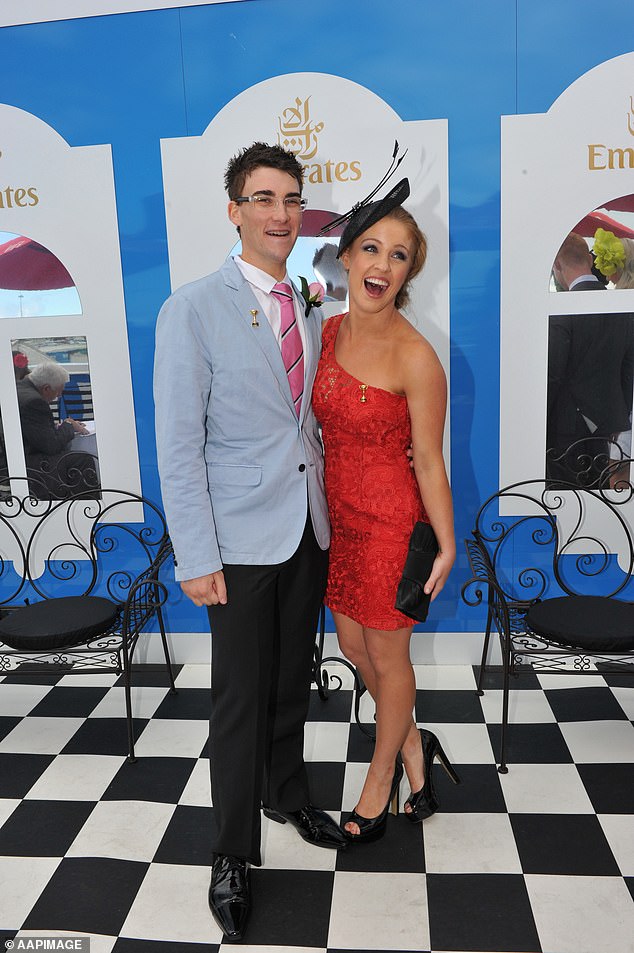 Finlayson, (right) found love with ‘geek’ Lachlan Cosgrove (left) on the 2011 series of Beauty and the Geek. They parted ways less than a year later

As revealed by Daily Mail Australia in January, the model, dancer and one-time cheerleader from Rosebery in Sydney’s south was charged by police for a string of alleged offences in November and December.

Police alleged in court documents Finlayson had been caught supplying 87.7 grams of GBL, also known as fantasy or liquid ecstasy, and 23.3 grams of alprazolam, better known as Xanax on November 11 last year.

In the weeks that followed, Finalyson was charged with a string of further offences, court documents revealed. 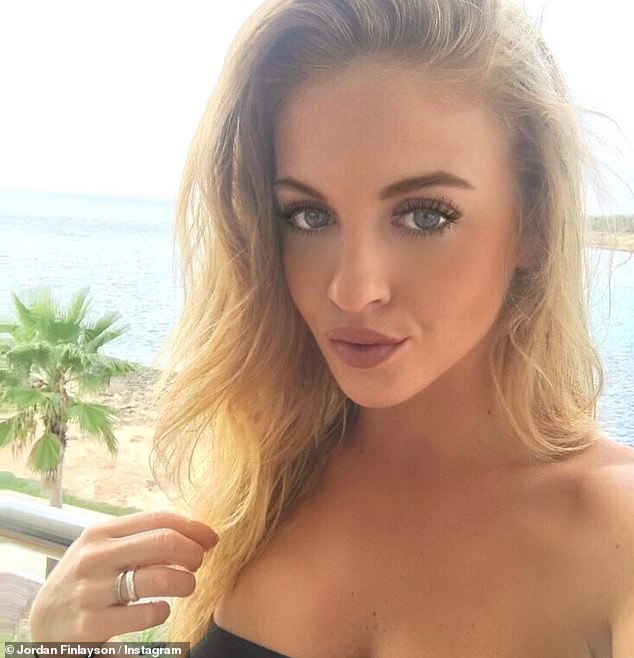 Finalyson was found in of possession with 0.8g of cannabis leaf in Rosebery on November 26.

Officers found property in her custody that could reasonably be suspected of being stolen, including an ANZ debit card belonging to ‘Chloe’, a NSW driver’s licence and a competency card for man named Lucas, police have alleged.

Finlayson was also charged with possessing 7.1g of cannabis and a single Alprozolam tablet without a prescription on December 18. 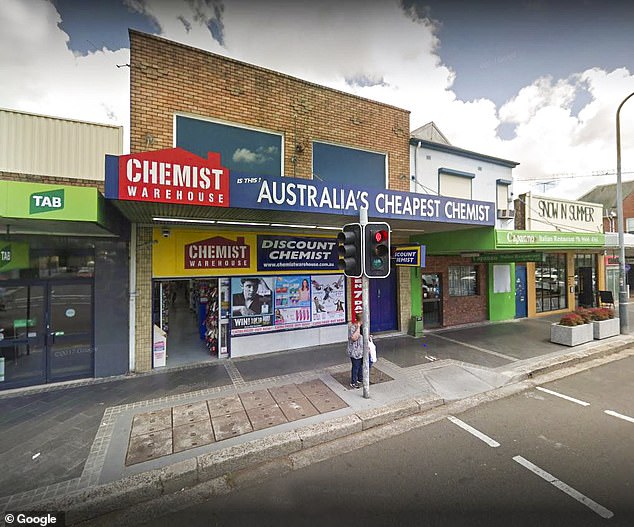 Finlayson was the runner-up beauty in the 2011 season of reality TV show beauty of the Geek.

A major point of drama came when her on-show boyfriend, law and business student Lachlan Cosgrove, tattooed another woman’s name on his bottom.

Despite the incident, their relationship continued for almost a year after the show aired – although it ended with bad blood.

Producers from The Bachelor also expressed an interest in getting her on the show, but she declined. 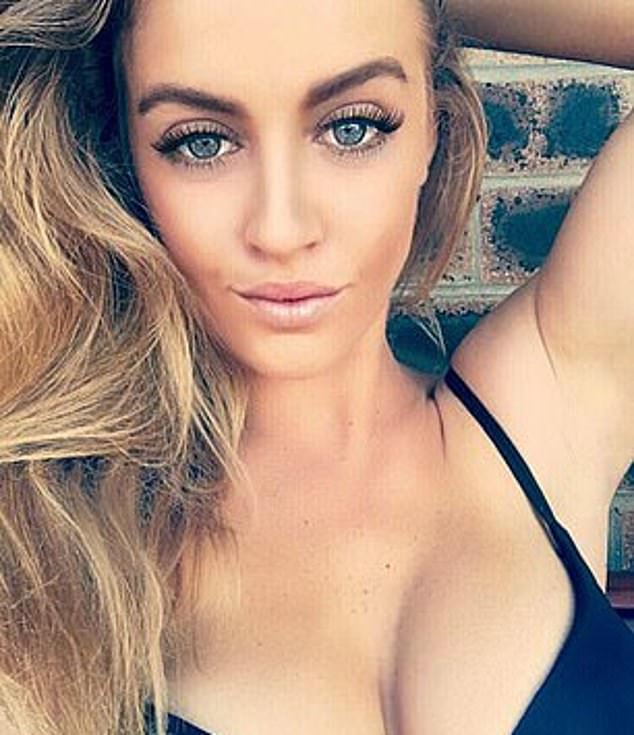 ‘It’s been my toughest year yet I’m not going to lie but it’s true what doesn’t kill you makes you stronger – I’m standing on my own two feet feeling stronger and more in control then I have in longer than I can remember,’ Jordan Finlayson (pictured) posted on January 1

She was also a cheerleader for National Basketball League club Sydney Kings.

She now models for Penthouse magazine. 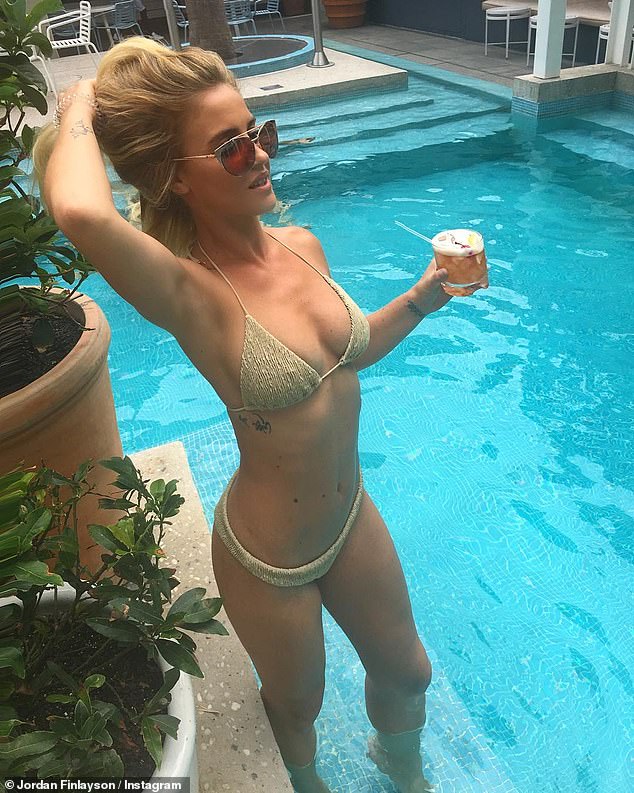 Finlayson alluded to recently going though a difficult period in a Facebook post dated January 1, saying she had experienced the ‘lowest of lows’ in 2018.

‘It’s been my toughest year yet I’m not going to lie but it’s true what doesn’t kill you makes you stronger – I’m standing on my own two feet feeling stronger and more in control then I have in longer than I can remember. I’ve got the most amazing people in my life that I’m very thankful for,’ she told followers.

A recent post states: ‘Stop looking back. Only forwards and upwards from here. You’ve just gotta believe in yourself and do your best.’ 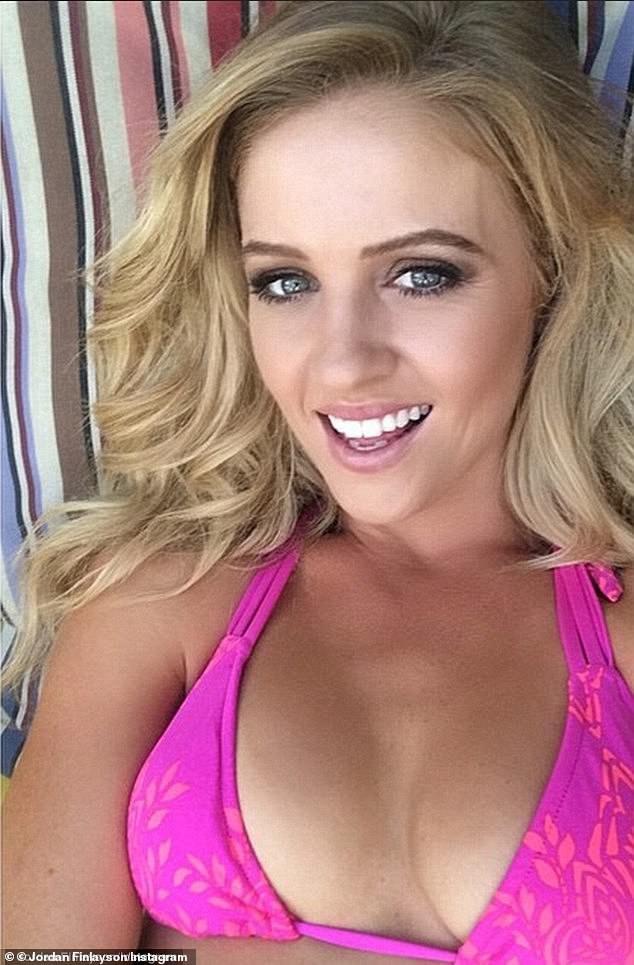 The model, dancer and former cheerleader was charged for a string of alleged offences