An adventurous reality TV star became disorientated and fell to his death after asking ‘to find a shaman’ and wandering off, an inquest has heard.

24 year old Joe Tilley was travelling in Colombia at the time of his death and his body was found submerged in the lower part of the Fin del Mundo waterfall, known as The End of the World.

Mr Tilley from Leicester, was last seen alive wandering towards the waterfall on May 5 (this year). He was found dead on May 12. Mr Tilley had previously appeared in Jungletown, which followed an American entrepreneur and hundreds of young people as they attempted to create the world’s ‘most sustainable modern town’ in Panama.

An inquest at Leicester Town Hall today (Friday) heard he had previously experimented with drugs, visited a shaman, spent time with a tribe and taken part in ceremonies involving a bufo toad and the poison of a kambo frog.

Senior coroner Catherine Mason said it has been suggested the effects of these ceremonies can be ‘similar to drug-induced psychosis from cannabis use’ and can cause previous mental health problems to resurface. 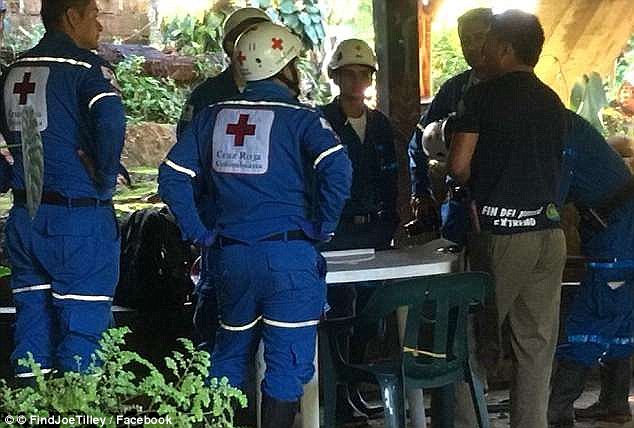 Mrs Mason highlighted that Mr Tilley had not been involved in these ceremonies for some weeks before his death, but he had smoked cannabis and could have been ‘suffering from some kind of psychosis’.

A friend who saw him shortly before he died said he ‘appeared to be flicking personalities’ and claimed to have been talking to spirits.

She also described him as ‘acting weird’ and ‘asking to find a shaman’ before he wandered off.

‘The last occasion she saw him was seeing him in the distance, walking towards the waterfall,’ said Mrs Mason as she summarised the police report.

Following a post-mortem examination, his cause of death was given as injuries sustained as a result of a fall from a height.

Mrs Mason concluded that Mr Tilley’s death was accidental and suggested a big storm had contributed to it.

‘It is whilst he was out there [near the waterfall] the weather deteriorated and he was reported missing when he failed to return,’ said Mrs Mason.

‘It is believed that Joe Tilley fell to his death having become disorientated.’

The inquest heard he was an experienced traveller and left the UK to go travelling on 28 January. He travelled to Colombia but had also spent time in Ecuador.

Everything you need to know about the kambo frog

Kambo is the venomous secretion of Phyllomedusa bicolor (the giant leaf or monkey frog).

The bright green tree frog is native to the Amazon basin. It can be found in the rainforest regions of northern Brazil, eastern Peru, southeastern Colombia, and parts of Venezuela, Bolivia, and the Guianas.

Giant monkey frogs have a distinctive song/call that can be followed to collect them at night. Captive specimens are tied by the legs and harmlessly stressed to induce the secretion: a waxy substance scraped onto wooden splinters from the back and legs of the frog. Once dried, kambo can be stored for upwards of a year without losing its potency. For use, it’s mixed with saliva or water and directly applied to specially made skin burn. 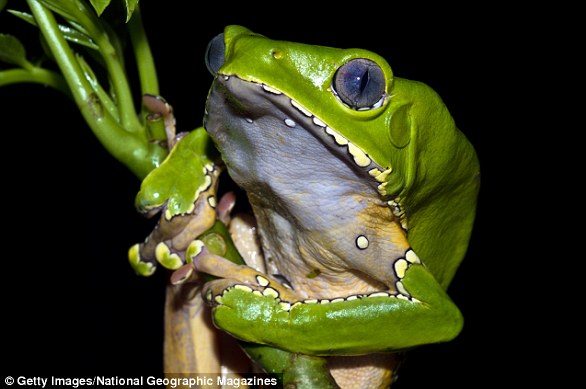 Mr Tilley visited a shaman, spent time with a tribe and had taken part in ceremonies involving a bufo toad and the poison of a kambo frog (pictured)

The secretion the Kambo frog produces has a range of traditional and potential therapeutic applications, both medical and psycho-spiritual. Commonly described as an ordeal medicine, the secretion is known for its powerful emetic or purgative effects. Despite its initial unpleasantness, kambo is widely sought out to revitalise body and mind.

Det Con Damian Young, of Leicestershire Police, said Mr Tilley had experimented with a hallucinogen called ayahuasca, which is also known as yage.

Mr Tilley had been staying at a hostel near the waterfall before he died.