A reality TV star who ditched her butt implants after claiming they ‘poisoned’ her body has shared a video of the ‘puffy balls’ left behind in her bottom from the surgery.

Colombian Yina Calderon, 27, shared the shocking clip with her 593,000 followers – which has garnered more than 306K views – to warn others against having the bum-enhancing procedure.

She claims she underwent the bum boost three years ago because she suffered from low self-esteem. 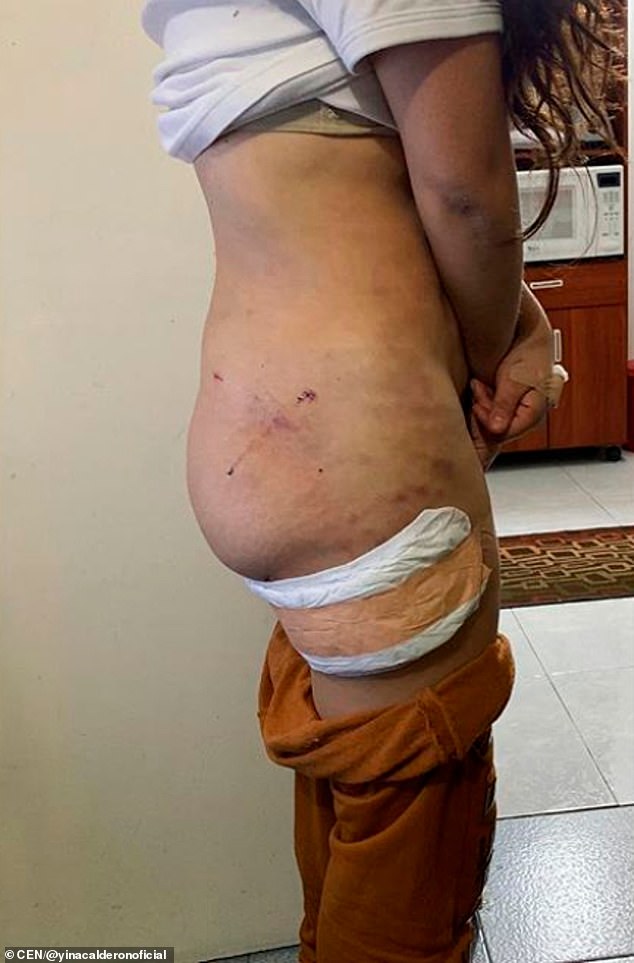 Yina has reportedly had around 17 other cosmetic procedures, but soon started to suffer with health issues after this one.

She has since had to have the implants removed, and branded them ‘poisonous’.

On her shocking post, she warned: ‘I hope to serve as an example that in this f*****g life you should never have anything injected into you.

‘We should say no to strange substances in our bodies, do what I suggest and say no. 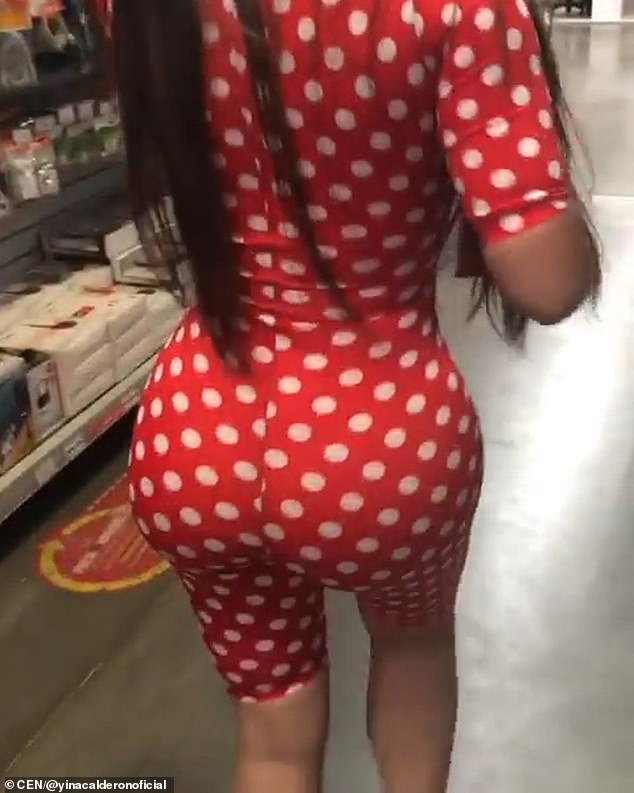 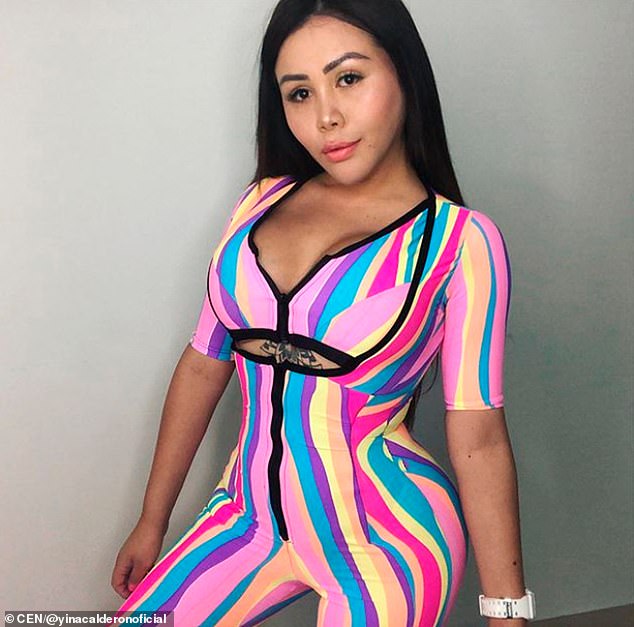 Yina has reportedly had around 17 other cosmetic procedures, but soon started to suffer with health issues after this one

‘This poison kills and it hurts a lot. Thank God for my family, boyfriend and the surgeon for being in this difficult situation with me.’

In the footage released after having the implants removed, Yina is seen having a massage during rehabilitation treatment.

She explained: ‘These balls in my buttocks are fibrosis not the biopolymers (implants), they are left behind by the surgery I subjected myself to.’

The TV personality added that doctors have now removed around 80 per cent of the gel-like biopolymer implants.

She added: ‘I am feeling much better, but the therapy goes on.’ 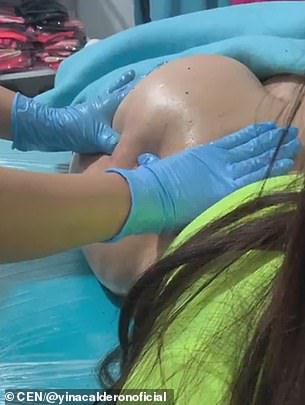 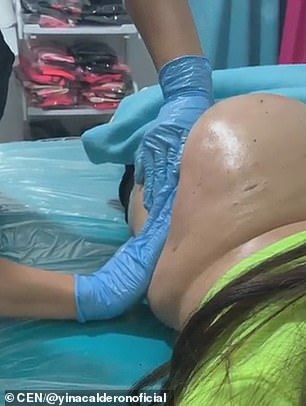 In the footage released after having the implants removed, Yina is seen having a massage during rehabilitation treatment 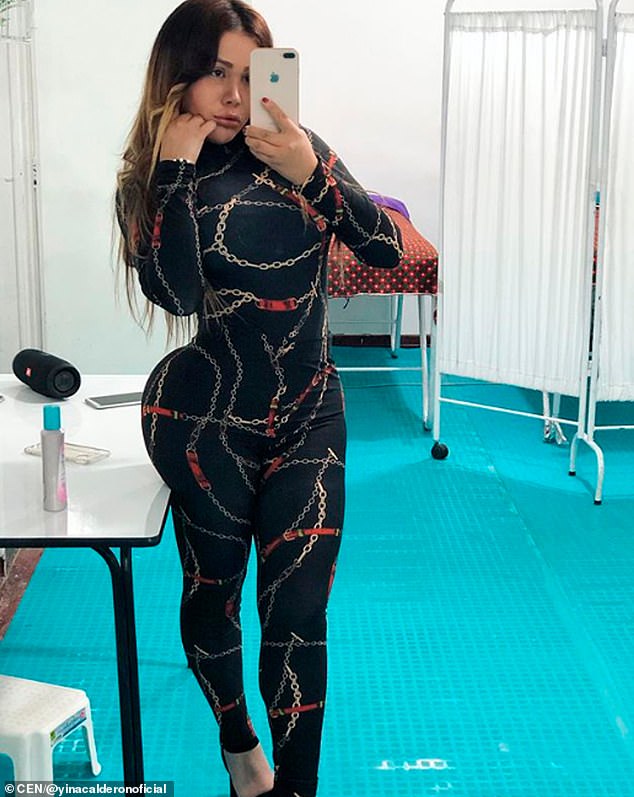 Yina, pictured before having the bum implants removed, warned her fans the ‘poisonous’ implants ‘kill and hurt a lot’ 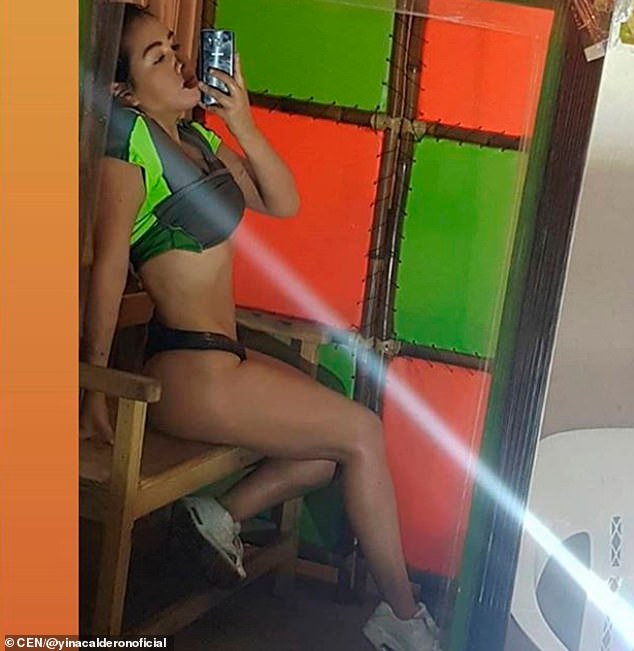 The Colombian, pictured before the surgery, often takes to Instagram to share photos of her trim physique

What does a butt implant procedure involve?

A larger butt can be achieved through the use of silicone implants, transferring existing fat, or a combination of both.

Implants are inserted either in the muscle or above the gluteal muscle on each side.

The fat transfer procedure is commonly known as a Brazilian butt lift.

Fat removed through liposuction from other parts of the body are injected into the buttocks.

It has grown increasingly popular in the United States, becoming the fastest-growing type of plastic surgery, according to 2015 statistics from the American Society of Plastic Surgeons.

Injecting fat into the butt can lead to problems if done improperly, including fat embolism – which is when fat enters the bloodstream and blocks a blood vessel.

The estimated death rate for BBL is one in 3,000, according to PlasticSurgery.org.