Realtor and prospective buyer, both black, handcuffed by police while looking at a home

A Cincinnati realtor and his client have filed a federal lawsuit against the city alleging deprivation of civil rights and false arrest stemming from an incident last year in which a retired white cop called 911 accusing them of breaking into a house.

According to the 16-page complaint filed on Monday, prospective homebuyer Anthony Edwards and his real estate agent, Jerry Isham, who are both black, were scheduled to view the property at 1093 Morado Drive in West Price Hill on November 17, 2018.

The two men used a key left for them in a lockbox outside the front door to enter the residence.

Anthony Edwards and his realtor, Jerry Isham, were viewing this home on Morado Drive in Cincinnati on November 11, 2018, when a white neighbor called the police on them 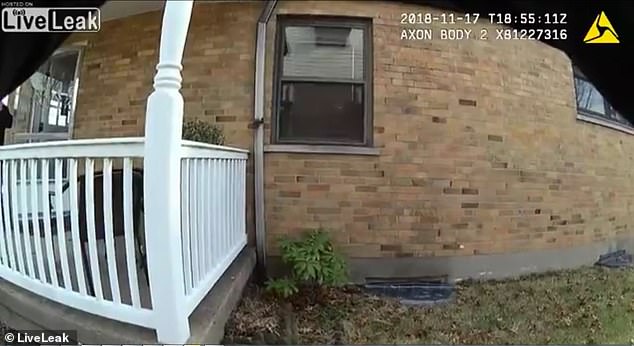 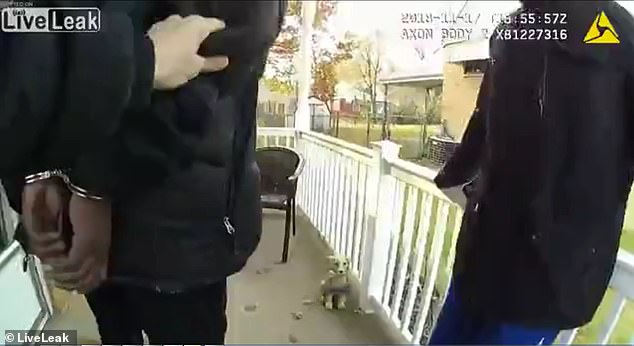 Valentino handcuffed Isham, even though he told her he was a realtor showing a house 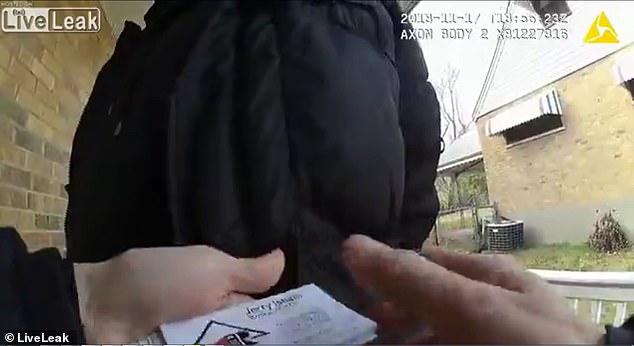 While they were inspecting the home, a retired Cincinnati Police Department motorcycle officer Thomas Branigan, who is white, called 911 claiming that he had just seen ‘two black male subjects force the front door open,’ according to the lawsuit obtained by Fox 19.

Branigan, who lives in the predominantly white neighborhood, told the dispatcher that while the house on Morado Drive is for sale, that day no open house was being held there.

Three police officers, all white, responded to the breaking and entering report.

Officers David Knox and Dustin Peet arrived first. They were then joined by officer Rose Valentino, whose body camera captured the interaction that followed.

In the video, Valentino is seen drawing her service weapon and pointing it at the house while yelling at Edwards and Isham to raise their hands and come out. 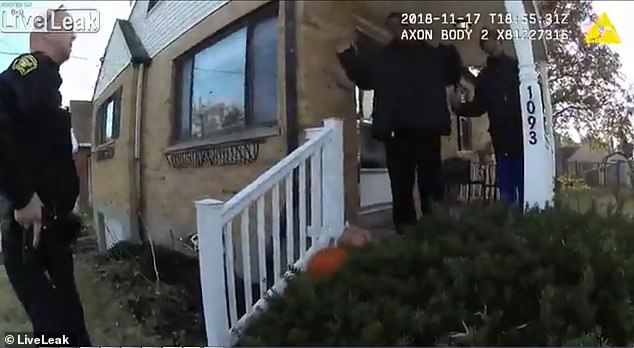 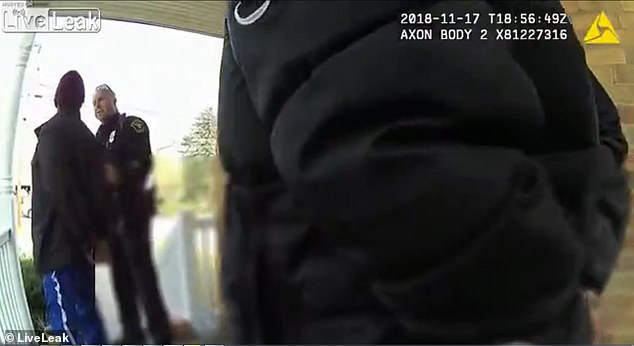 Edwards tells the officers that he had an appointment to view the house and identifies Isham as his realtor.

The would-be homebuyer expresses his disdain for ‘white people calling goddamn police,’ to which one of the officers replies that the caller was just being a ‘good neighbor.’

Officer Valentino then orders Isham to turn around so she could put handcuffs on him ‘until we can confirm’ his story.’

Edwards, meanwhile, unleashes a diatribe claiming that if he and Isham were white, they would not have been treated this way.

One of the officers takes umbrage at Edwards’ words and insists that he and his colleagues are just doing their job.

‘I don’t give a d*** if you’re white or black, we’re doing our job here. Man, this is incredible,’ the officer tells Edwards.

He then warns the man that playing the ‘race card’ ‘doesn’t fly.’

Branigan, the retired cop who was said to be armed, was allowed to be present near the scene.

‘None of the officers involved…undertook any action to secure the scene at 1093 Morado Drive by having the complainant (and his firearm) immediately removed from the vicinity so as to promote and ensure officer safety,’ the complaint states.

After Valentino retrieved a stack of Isham’s business cards identifying him as a real estate agent and searched his pockets, both he and his client were let go without any charges. 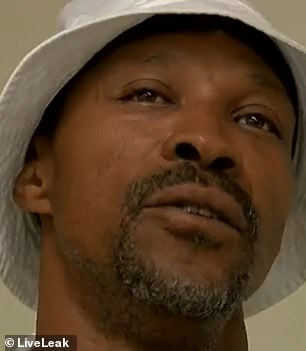 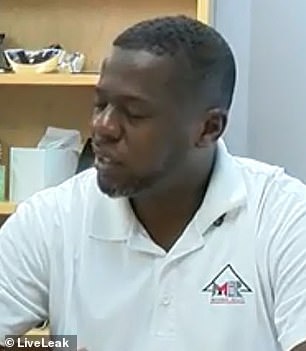 On Monday, Edwards (left) and Isham (right) filed a federal lawsuit against the city and the three cops, accusing them of depriving them of civil rights

‘Sorry about that, sir,’ Valentino tells Isham in the video. ‘We can only go by what’s reported to us.’

The realtor’s nine-year-old son was waiting for his father in his parked car, according to the lawsuit.

Edwards said he felt like he and Isham were targeted because of their race.

‘Basically we were guilty until proven innocent in their eyes,’ he told Fox 19 on Monday. ‘It was all about we’re black, they’re white, and this retired police officer’s word is over us all and we had no defense until they found out, “Yeah, they are here looking at this house.”’

An incident report compiled by police after the fact indicated that when officers talked to Branigan, the retired cop admitted that ‘he didn’t have a good view of the entry and may have been mistaken.’

The lawsuit names the City of Cincinnati and the three responding officers as defendants, but no Branigan because civilian reporting possible crimes have immunity under the law.

The third count stems from the plaintiffs’ allegations that seven body camera videos capturing the incident have been destroyed.

Edwards and Isham are seeking unspecified damages and attorneys’ fees.