The man who staggered into a car wash with shocking burns to half of his body had allegedly been stripping copper from an abandoned factory when he touched a live power box which exploded, it can be revealed.

Joseph Anderson, 56, from Marayong in Sydney’s west, was moaning in agony when he was found with horrific injuries staggering along Sunnyholt Road in Blacktown on Friday evening.

Police confirmed to Daily Mail Australia Mr Anderson was horrificly burned after a transformer exploded at a near-by abandoned warehouse. 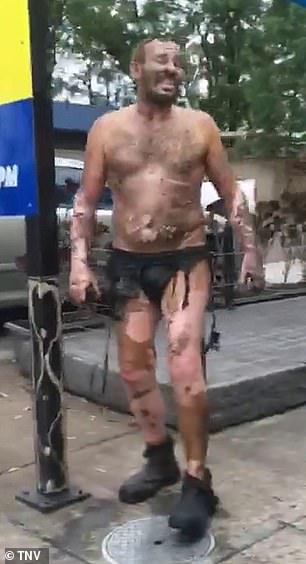 Emergency services found Joseph Anderson (pictured) at a service station and car wash along Sunnyholt Road in Blacktown, Sydney at around 7.15pm on Friday 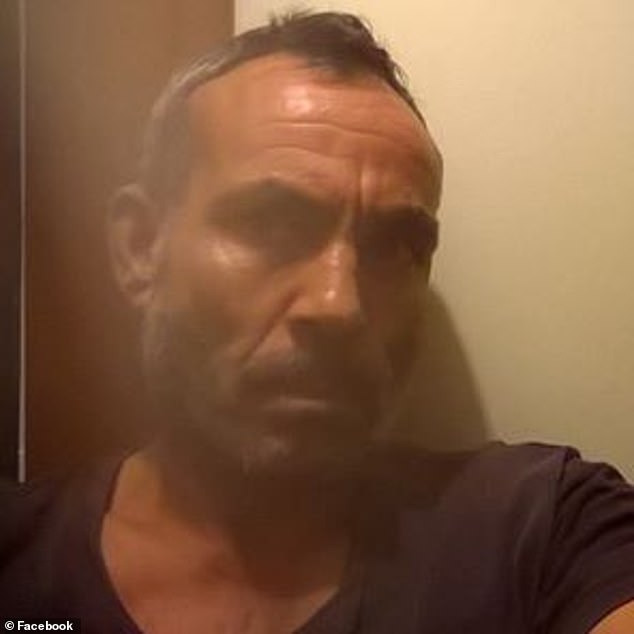 The 56-year-old (pictured) told emergency services personnel on the scene he had touched a transformer, which he didn’t know was live

He had allegedly been stripping the transformer illegally for copper to sell as scrap metal, not realising it was live, 7 News reported.

CCTV footage captured Mr Anderson running from the factory for 500 metres to the car wash, desperately searching for help.

Police discovered Mr Anderson’s identity on Saturday after his brother began searching for him.

His family said Mr Anderson had been collecting scrap metal from the abandoned factory for the past week, despite the dangers.

His brother told 7 News: ‘I didn’t expect anything like this to happen at all.

‘It isn’t worth the risk to anybody, I would tell people not to do it.’ 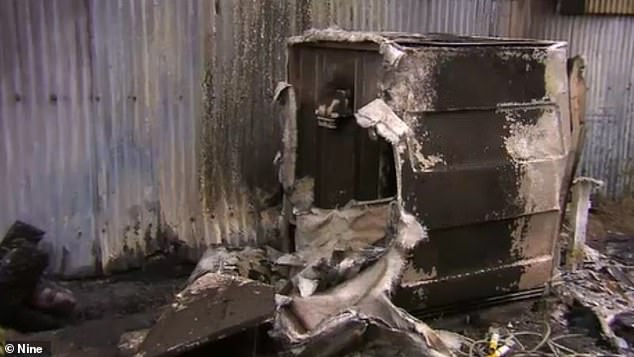 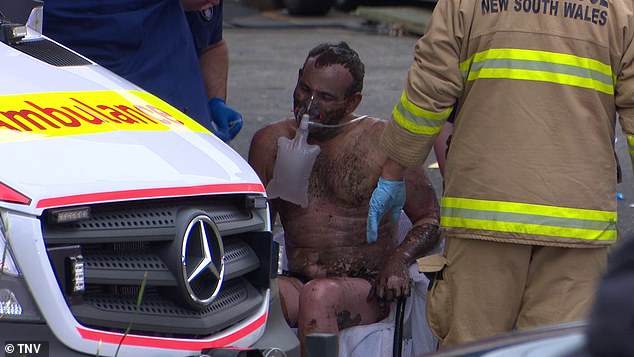 Mr Anderson was found half naked, but still wearing his boots.

His pants had been almost completely blown off in the explosion, expect for a few threads of material hanging from the waistband. 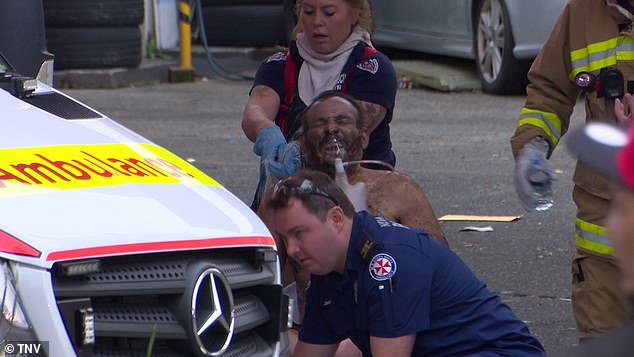 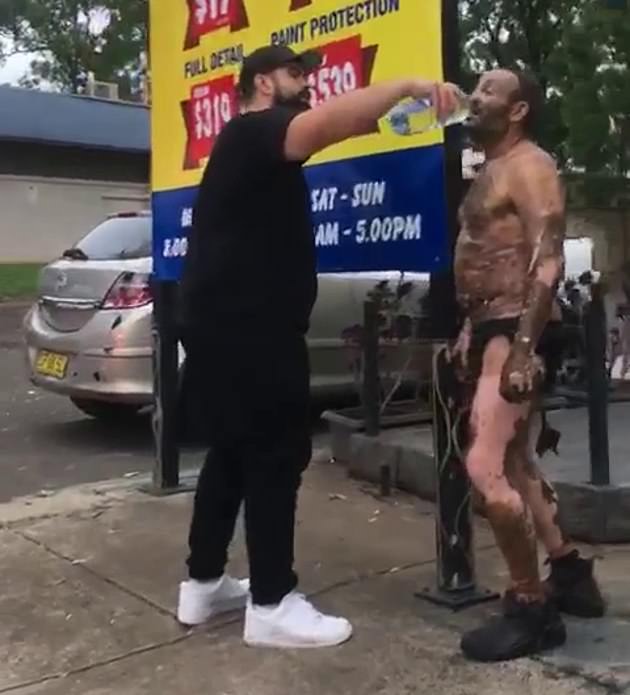 A good samaritan (pictured) hovers a bottle of water above the burned man’s mouth so he can drink, and makes sure the bottle doesn’t touch the burned man

Unable to touch or help the man because of the burns, a horrified passer-by at his wit’s end can be heard asking if an ambulance has been called.

With the sound of sirens in the distance, the burned man could be seen dragging his burned flesh around the station.

So tired from keeping himself up he leaned his head against a sign.

As the emergency vehicle tried to pull into the station, a white Ford was seen blocking the driveway. 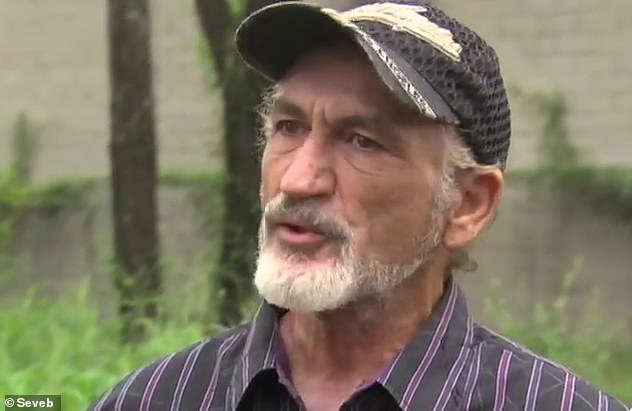 Mr Anderson’s brother (pictured) said: ‘I didn’t expect anything like this to happen at all’ 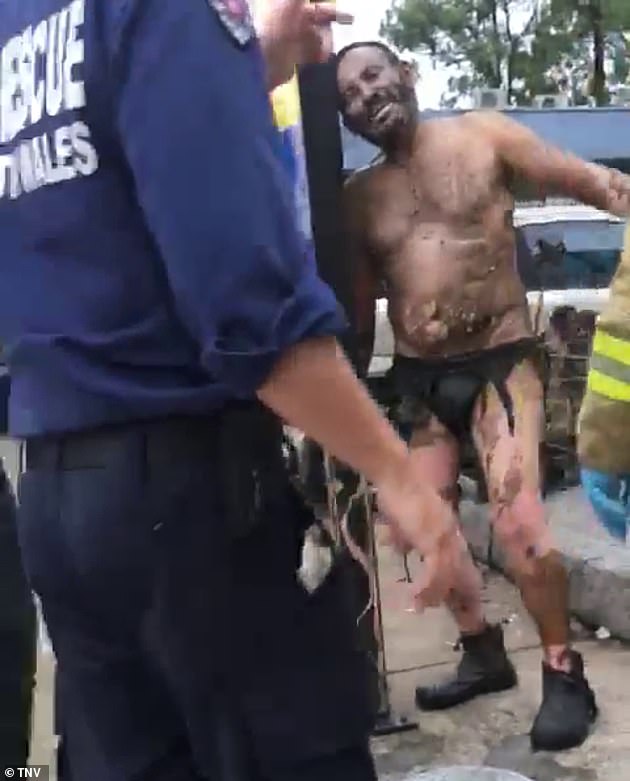 While that was unfolding, two more people come over with a bottle of water and can be seen trying to convince him to drink from it.

The Good Samaritan hovered the bottle over the burned man and made sure it didn’t touch his lips.

Emergency services treated him at the scene.

The man was later airlifted to Royal North Shore Hospital to be treated.

No charges have been laid and investigations are ongoing. 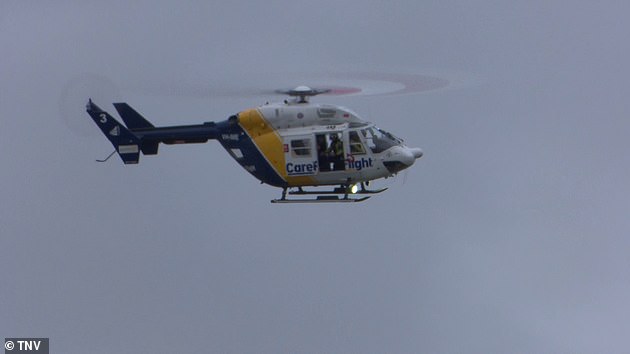 He was later airlifted to Royal North Shore Hospital 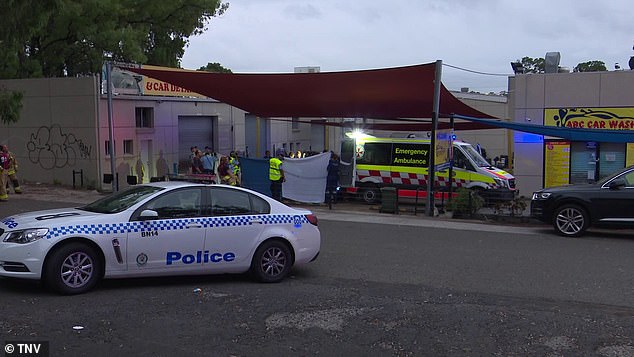 No charges have yet been made. Investigations are ongoing