Rebecca Adimora reveals how she became addicted to chalk

A mother-of-two has revealed how she became addicted to eating chalk while pregnant with her second child.

Rebecca Adimora, 25, from Oldham, Manchester, said she would eat 10 sticks a day as part of the bizarre pregnancy craving.

Doctors believe she was suffering from pica syndrome, an obsessive-compulsive disorder often associated with a lack of minerals in the body.

But since the birth of son Reuben in November, Rebecca has not been able to stand the taste of chalk, describing how she ‘nearly vomited’ when she tried to take a bite.

The former receptionist said chalk was not her first weird pregnancy craving – explaining how she would eat toilet roll while pregnant with her daughter Aaliyah, now seven.

Rebecca Adimora, 25, from Oldham, Manchester, became addicted to chalk while pregnant with her son Reuben (pictured with Rebecca)

Speaking about her bizarre eating habits, Rebecca said: ‘Like most pregnant women, I expected to experience cravings.

‘When I was pregnant with my daughter, Aaliyah, now seven, I would eat toilet roll – but I never thought I’d munch on chalk.

‘It sounds bonkers, but the urge was so strong, I just couldn’t stop.’

Rebecca explained how her addiction began when she felt the strange urge to try one of her daughter’s coloured chalk crayons after her morning sickness had subsided at 16 weeks pregnant. 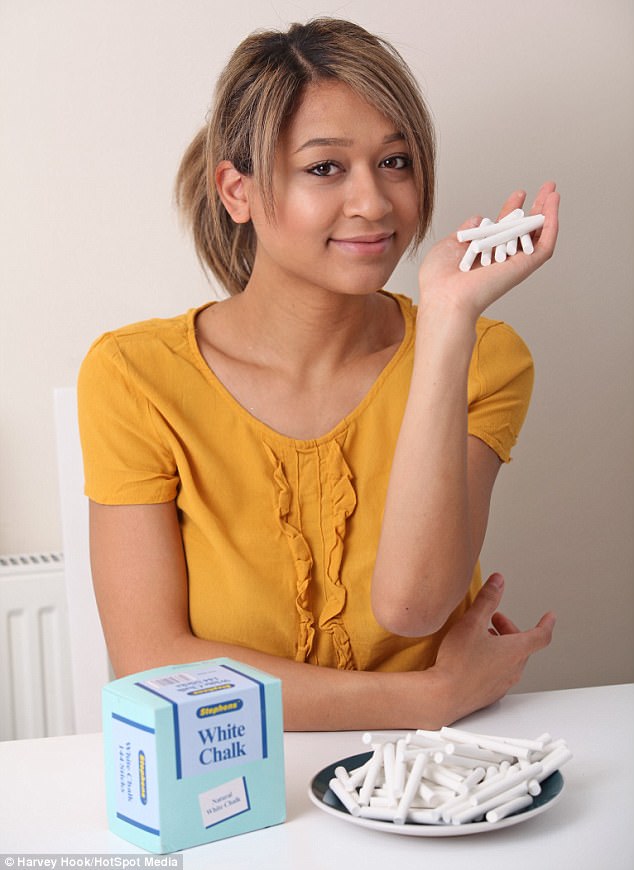 Afterwards she bought her own box of white Crayola chalk to much on, quickly becoming hooked.

From then on she would go through two sticks a day as well as enjoying videos of people eating chalk online.

When her addiction worsened, she decided to buy natural limestone chalk so she wouldn’t harm the baby.

She says: ‘Eventually, at around six months pregnant, I was getting through 10 pieces a day, and there was nothing I could do to curb my craving.

‘I just loved the sound of the crunch and the pasty feeling in my mouth. 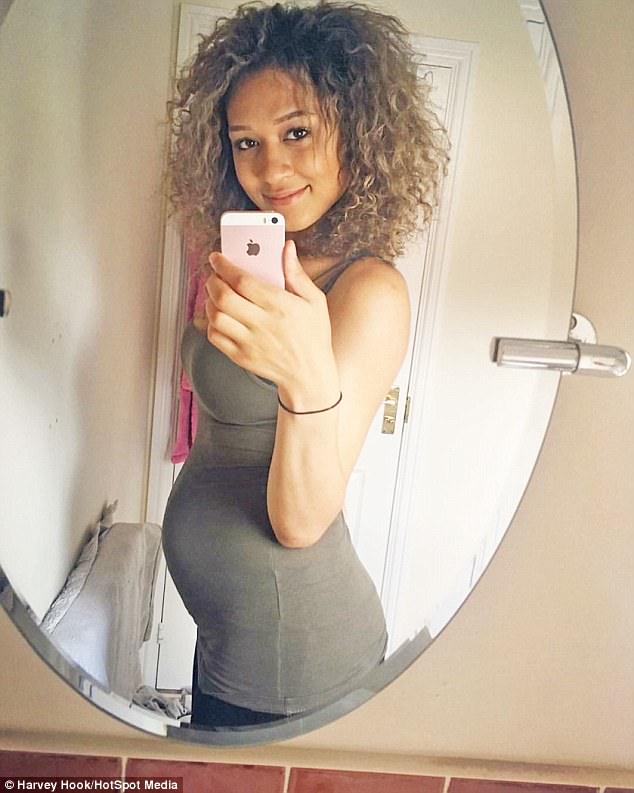 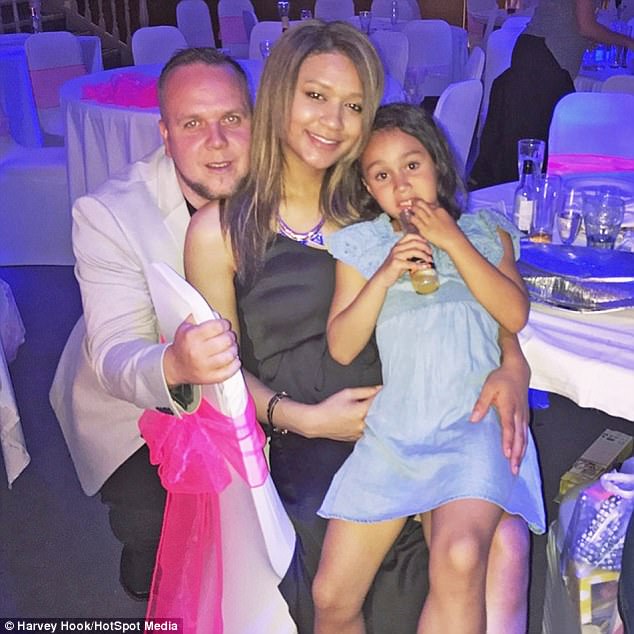 These can include stones, sand, paint and dirt.

It can cause a range of complications if the patient is eating something that is poisonous or indigestible.

‘The sensation was dry and crumbly and the chalk would stick to the roof of my mouth – similar to the consistency of peanut butter. If I didn’t have a bite for a few hours I got groggy.’

Rebecca added: ‘I loved watching others eat it on YouTube too, it was so satisfying and therapeutic.’

The mother-of-two said she preferred the non-edible snack to normal food, making sure she kept well stocked up with at least 12 packets in the house.

She eventually came clean to her partner Danny Lawton, 32, having kept her £15 a month habit secret at first.

‘When I told Danny he thought it was really strange and didn’t really understand why I was doing it,’ Rebecca said. 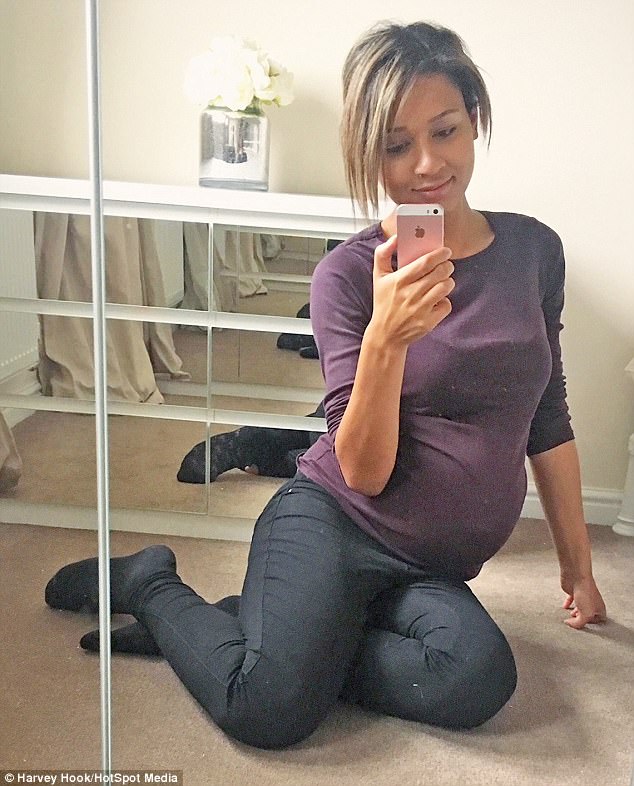 ‘I did feel anxious about my baby’s health and the effects it might have, so sometimes I would chew the chalk and spit it back out.

‘It was always more about the crunch than the consumption.’

When Rebecca mentioned her strange craving to her friends, they suggested she speak to her doctor to find out if she was suffering from pica disorder.

At 32 weeks pregnant, a blood test  showed her iron levels were low and she was given tablets to prevent the cravings.

However, the tablets failed to work and she continued to munch on pieces of chalk. 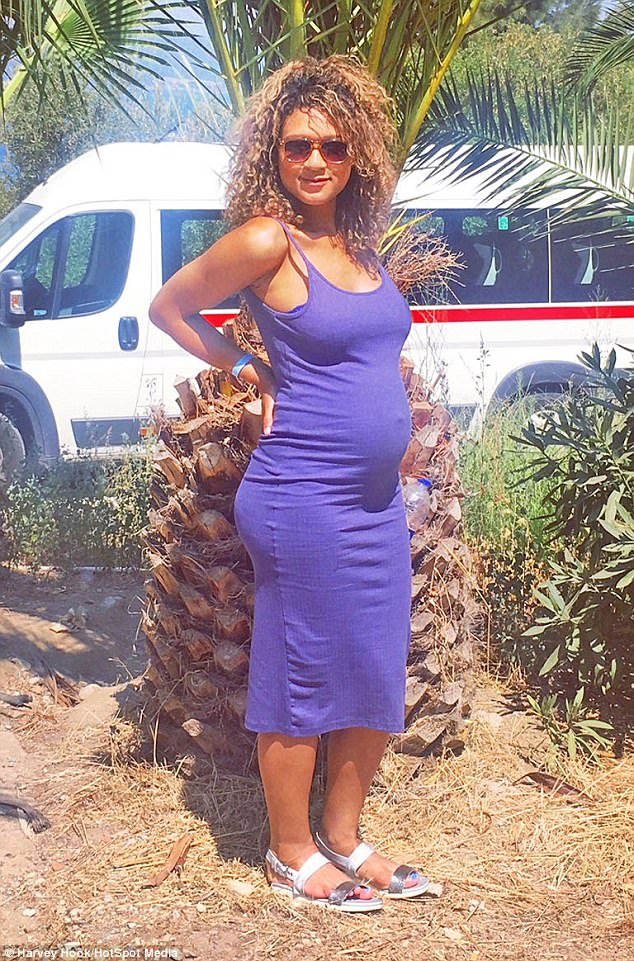 Rebecca (pictured at seven months pregnant) said she enjoyed the ‘dry and crumbly’ texture of chalk, and decided to buy her own pack to munch on 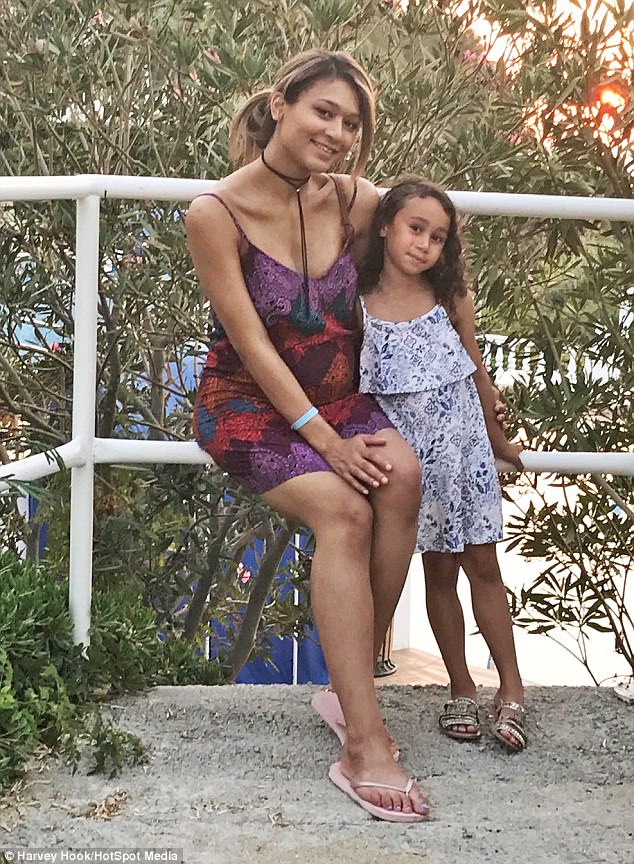 Her addiction continued until the birth of Reuben, with Rebecca (pictured with daughter Aaliyah) eating up to 10 sticks a day

‘By the end I couldn’t go more than a couple of hours without having a taste,’ Rebecca explained.

‘At work as a receptionist, I would nibble on chalk when no-one was looking.’

Rebecca’s addiction continued until she gave birth to son Reuben, who was born a healthy 8lbs 7.5oz on November 2 at Royal Oldham Hospital.

A month later she decided to try chalk again, but this time it left a nasty taste in her mouth.

Rebecca said: ‘After Reuben was born, the craving faded and when I tasted the chalk it was horrible. The taste was disgusting – I nearly vomited. 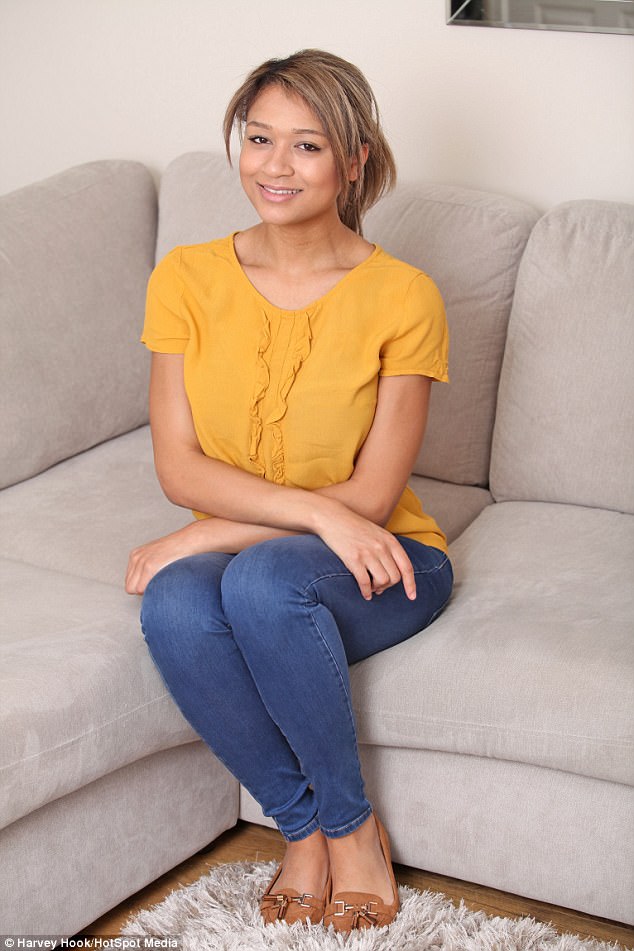 Now, Rebecca says she cannot stand the taste of chalk, describing how she ‘nearly vomited’ when she tried to take a bite

‘I wanted to see if I still liked it, but it was how I’d imagine concrete to taste.

‘People might think I’m bonkers, but until people experience a craving that strong they really shouldn’t judge.’

She added: ‘If other women have similar experiences, they should seek advice from their midwife or GP.

‘There’s obviously an underlying reason as to why our bodies crave these things. I’m just relieved my baby son was born healthy.’