Rebecca Drahm’s 10-month-old daughter Avia’s heart stopped beating when a driver failed to give way and slammed into her car.

While the mother-of two was trapped inside the wreckage and unable to move, her 12-year-old daughter Tahlia snapped into action.

Despite sustaining a broken nose and sprained ankle herself, the 12-year-old pulled her dying baby sister Avia from the smoking vehicle, and stayed with her until help arrived.

All three were taken via ambulance to the Royal Darwin Hospital following the crash in Karama, in the city’s north, on June 23, 2017.

Baby Avia, who was unresponsive, was rushed to the Intensive Care Unit with a traumatic brain injury, abdominal bleeding, and severe bruising. 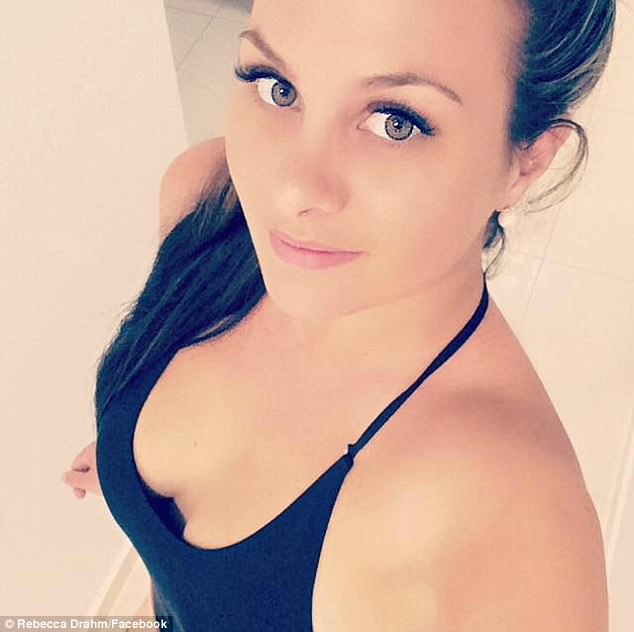 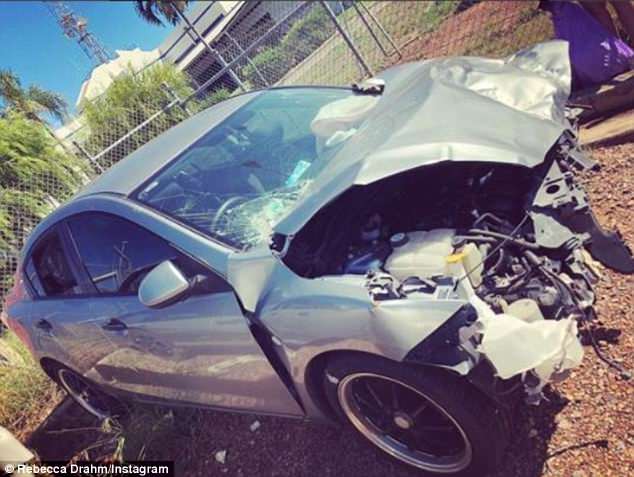 All three were taken via ambulance to the Royal Darwin Hospital following the crash in Karama, in the city’s north on June 23, 2017 (car wreckage pictured)

With the help of medical attention, baby Avia was brought back to life.

The crash was the beginning of many months of recovery for baby Avia and her mother, who broke ribs, broke her back in four places and ruptured her spleen. 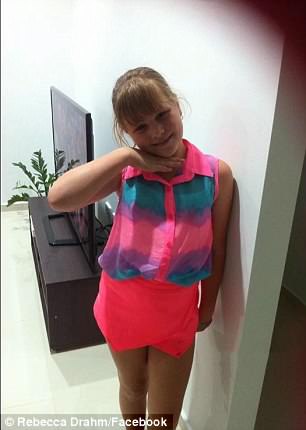 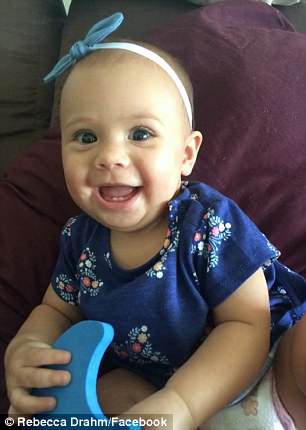 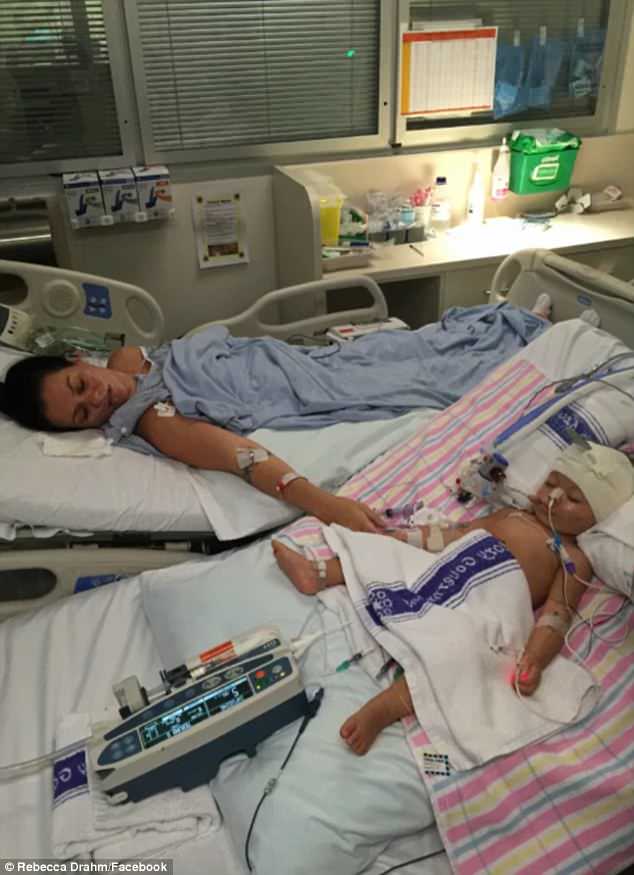 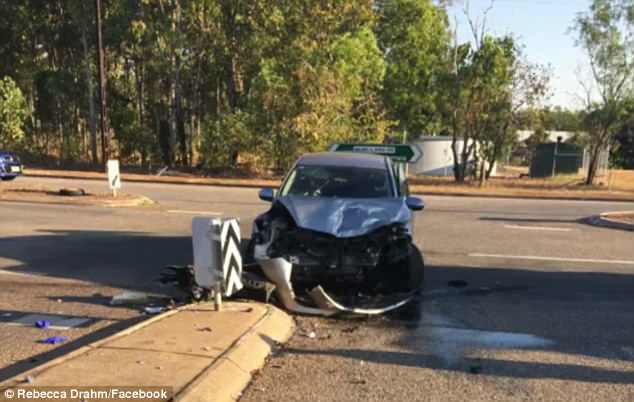 ‘I was terrified seeing Aiva lifeless and not being able to do a thing. Words can’t describe how proud of Tahlia we are,’ she said.

‘She is so brave… not many adults would have been able to do what she did.

Tahlia was honoured for her bravery by St John Ambulance CEO Judith Barker on Thursday, the NT News reported.

‘Tahlia conducted her own triage of the situation, assessing the person most in need as being her little sister, recognising that the aid required was beyond her knowledge and training, but retained the presence of mind to seek further assistance,’ she said.

‘Fortunately it is a rare thing for one to need to take immediate responsive action to save a sibling, so we at St John Ambulance are proud to have played a part in this amazing rescue.’ 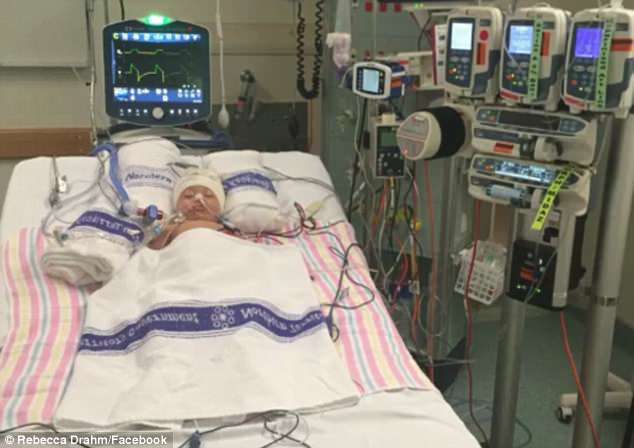 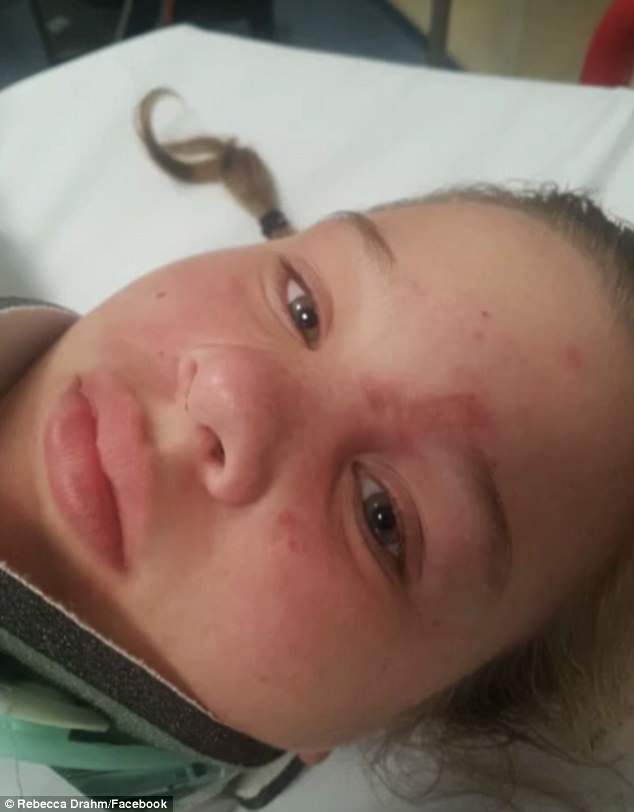