‘My worst nightmare!’ Rebecca Judd reveals she hates taking her children to public swimming pools because they’re ‘too dirty’

She once said she won’t allow her children to play with certain kids at school.

And Rebecca Judd has now revealed why she’s not a fan of taking her five-year-old daughter Billie, seven-year-old son Oscar, and two-year-old twins Tom and Darcy to public swimming pools.

Speaking on KIIS FM’s 3pm Pick-Up on Monday, the 36-year-old footy WAG said that public pools are ‘smelly’ and the lack of hygiene makes her uncomfortable.

Too dirty? Rebecca Judd has revealed she isn’t a fan of taking children to public swimming pools. Pictured with her daughter Billie, five, and son Oscar, seven, in Dubai last year

‘You know what’s even worse? The change rooms,’ Bec complained.

‘Because you’ve got that, like, kind of weird, smelly… and it’s a weird temperature, like a room temperature… [There’s] water and puddles and there’s always random hairs in there and bits of toilet paper! 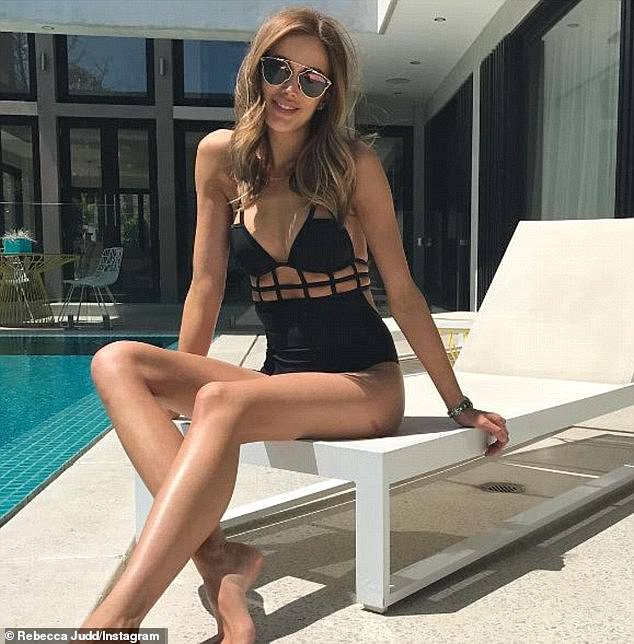 Not a fan! Speaking on KIIS FM’s 3pm Pick-Up on Monday, the 36-year-old footy WAG said that public pools are ‘smelly’ and the lack of hygiene makes her uncomfortable

The Postcards presenter, who shares her four children with retired AFL star husband Chris Judd, has always been candid about her parenting style.

Last year, she told WHO magazine that she’s selective about who her children play with in the schoolyard. 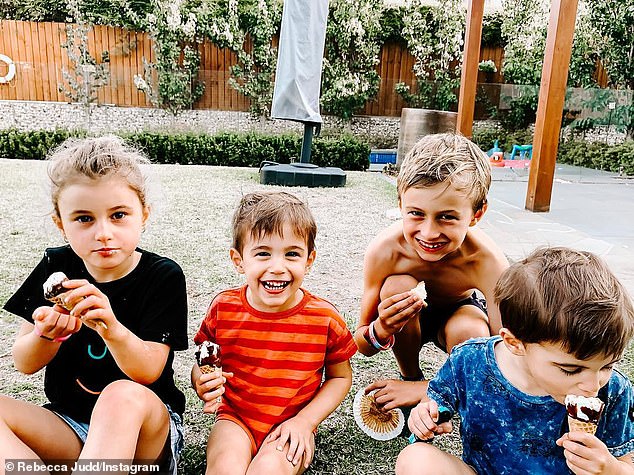 Strict: Last year, Bec told WHO magazine that she’s selective about who her children play with in the schoolyard. Pictured: Bec’s children, Billie, Oscar and twins Tom and Darcy

‘It’s like a house of cards around here. If someone gets sick, we all go down. And it fills me with such anxiety,’ she said at the time.

‘When the kids go to school – and I see kids with green, snotty noses and coughs – I will actually say, “Don’t play with that person today, they are really sick.”

‘But every winter, they bring stuff home and it goes through the house. I’ve been in the emergency department with Darcy three times already this year.’ 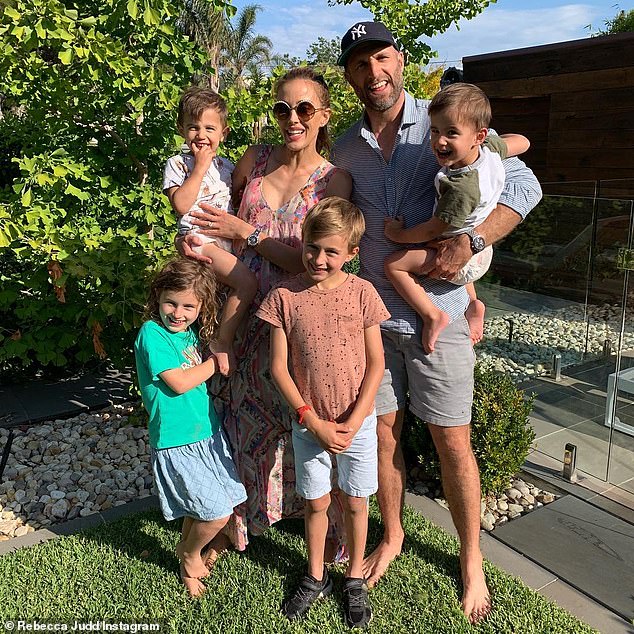