Allies of Rebecca Long-Bailey have demanded Sir Keir Starmer pull out of the Labour leadership race to make way for a woman to take over from Jeremy Corbyn.

Ian Lavery, the party chairman and a key backer of the shadow business secretary, said Sir Keir should ‘stand aside’ and ‘understand your place’.

His comments came as Ms Long-Bailey last night declared war on moderate Labour MPs as she said she wanted to introduce open selections for election candidates in a move which would make it easier for hard left activists to oust incumbents.

Meanwhile, Lisa Nandy today vowed to ‘rock the boat’ in the race to replace Mr Corbyn as she said the party can no longer ‘play it safe’ when it comes to who leads Labour.

Ms Nandy, viewed as an outsider in the contest, said Labour has been ‘losing over and over again’ in the last 15 years because it has been ‘simply changing the face at the top’.

She said Labour could no longer just ‘tinker’ with its approach as she called for a major overhaul of the party.

However, she risked moderate fury as she said Margaret Thatcher’s approach to government ‘lasted all the way through’ Labour’s last period in government.

The battle for the party top job is now heating up with Sir Keir, Ms Long-Bailey and Ms Nandy all expected to make it onto the final ballot paper.

Sir Keir is already there while Ms Long-Bailey is likely to punch her ticket later this week if she gets the expected backing of the Unite union.

Ms Nandy took a massive step towards progressing yesterday as she received the endorsement of the centrist GMB union.

The last remaining candidate, Emily Thornberry, is yet to secure any major union backing making it unlikely that she will make it through to the final stage. 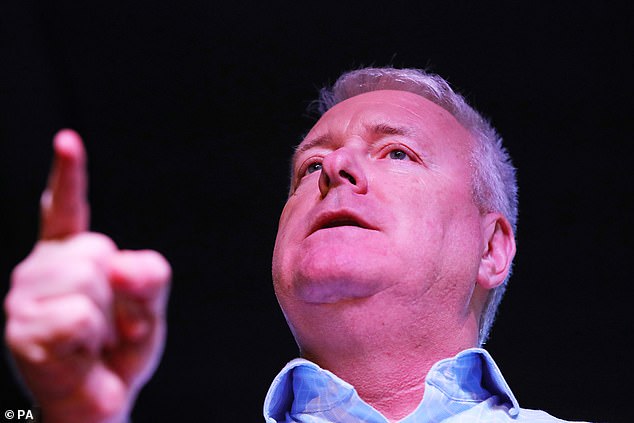 Ms Long-Bailey’s ally, Ian Lavery, also called for Sir Keir Starmer to pull out of the leadership race to allow a woman to be the next Labour chief

The support of GMB re-energised Ms Nandy’s campaign and means she can now look to trying to overhaul the lead of the two front runners ahead of members starting to vote.

Today she will use a speech to set out her vision for a reformed welfare state and this morning she used an interview with BBC Radio 4’s Today programme to urge activists not to back the ‘safe’ candidates in the race.

She said: ‘There is a tendency I think in the Labour Party and in any party when you have had a defeat as shattering as this one to try and play it safe, not to want to rock the boat.

‘I think one of the phrases that has been used is that we need to steady the ship.

‘But actually we have been doing the same thing for 15 years in the Labour Party and losing over and over again.

‘We just simply keep changing the face at the top thinking that will solve all of our problems and it hasn’t.’

She added: ‘We need to go out and recover our ambition. We don’t just tinker at the edges of the systems that we have. We need to get on the front foot.’

However, Ms Nandy risked angering supporters of the last Labour governments led by Tony Blair and Gordon Brown as she appeared to suggest that they had been influenced by the approach of Ms Thatcher.

Asked whether she believed Mr Blair had put ‘fiscal rectitude’ ahead of people, she said: ‘I am not going to trash the legacy of the last Labour government because actually things like the minimum wage were complete game changes in towns like Wigan and the investment that went into health and education was really, really important.

‘But it is certainly true to say that the consensus that Thatcher built lasted all the way through the New Labour years.’

She also defended Mr Corbyn’s record as leader as she said: ‘I don’t think he deserves to be trashed for a minute.’

Ms Nandy’s comments came after Ms Long-Bailey held a campaign event in London last night when her allies attacked Sir Keir and demanded he withdraw from the contest.

‘Stand aside, Keir. Understand your place.’

Meanwhile, Mr Lavery also appeared to call Sir Keir a ‘wolf in sheep’s clothing’, according to comments reported by the Huffington Post website. 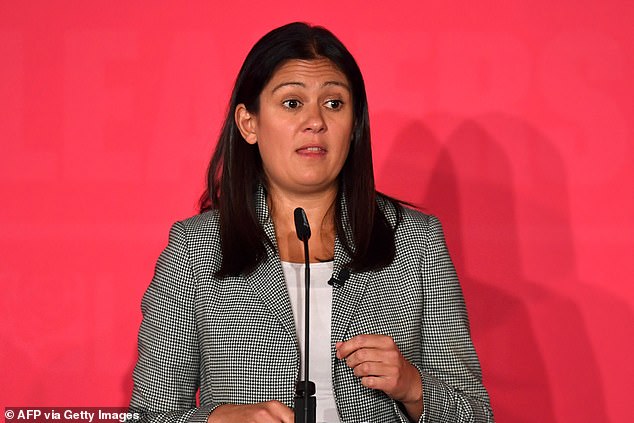 Lisa Nandy, pictured at a hustings event in Liverpool on Saturday, said Labour must no longer ‘play it safe’ on who leads the party 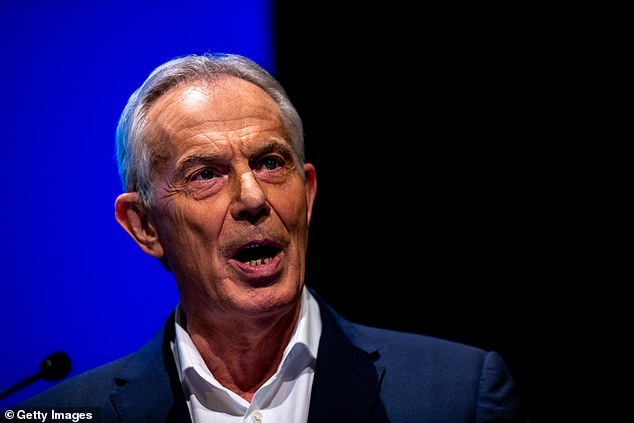 Ms Long-Bailey used the event to promise to introduce open selections of MP candidates if she becomes leader.

That would make it much easier for sitting MPs who want to seek re-eelction to be booted out.

Ms Long-Bailey said: ‘We need to rip up our outdated rule book that has held back our members for too long and throw open the door to a new generation of MPs and candidates.

‘Being an MP or elected representative is a privilege that must be earned, and I want to open the discussion now on how our candidates should be selected, how we nurture and bring through talent in our movement, whilst recognising and valuing the experience of sitting MP’s.’

Ms Long-Bailey has the backing of the current Labour leadership but she dismissed claims that she is the ‘continuity Corbyn’ in an interview with The Mirror as she said the suggestion was ‘disrespectful’.

However, her comments risked being undermined after it was claimed that she had given the interview in Mr Corbyn’s parliamentary office.

To make it onto the final ballot the four remaining candidates must win the nominations of 33 local constituency Labour parties or three Labour affiliates, including at least two trade unions.