She’s heading to Russia next month to cheer husband Jamie on at the World Cup.

But Rebekah Vardy has revealed her footballer husband isn’t taking any chances as his loved-ones prepare to fly out, hiring extra security for the trip.

Speaking to OK! Magazine Becky revealed she wants ‘peace of mind’ for her children, and insists the World Cup is all about supporting Jamie and not partying with her fellow WAGs.

His number one fans: Rebekah Vardy has revealed her footballer husband Jamie has hired extra security for his wife and their children Sofia, three, and Finley, one, during June’s World Cup in Russia

Jamie and Becky have two children together, Sofia, three, and Finley, one, who they are pictured with for OK! Becky is also mum to Megan, 13, and Taylor, six.

Leicester City striker Jamie was recently selected for the national World Cup squad, so he’s preparing to head to Russia with his wife Becky and their family, but Becky has revealed having their children with them means extra security.

She told OK! magazine: ‘As we’re bringing the kids to Russia we’ll have our own security too, just because I want peace of mind.’ 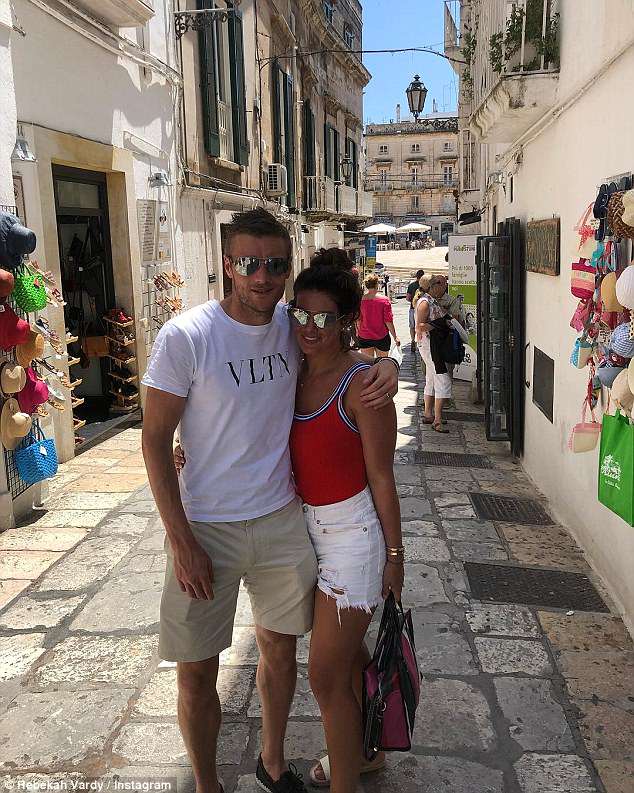 Smitten: Leicester City striker Jamie was recently selected for the national World Cup squad, so he’s preparing to head to Russia with his wife Becky and their family 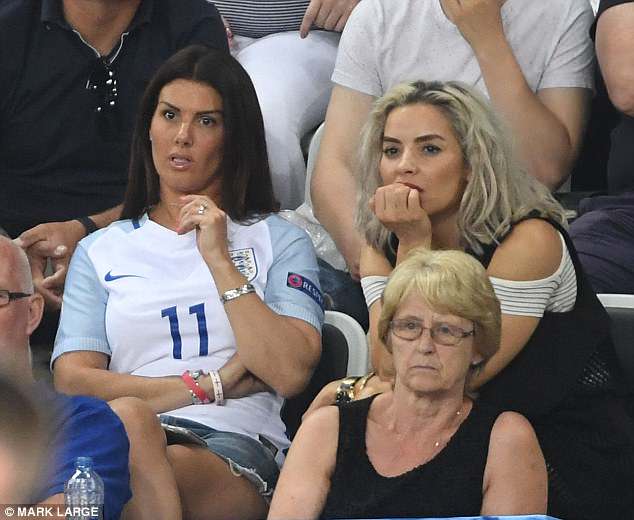 Here for her man: Becky is also adamant she won’t be partying like the notorious WAGs of past World Cups, insisting it’s all about being a support for Jamie 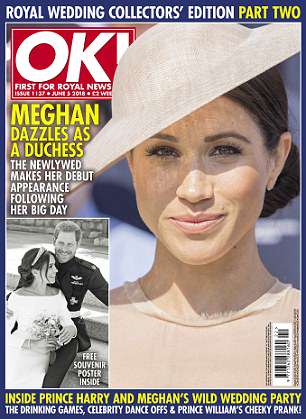 Read the full story in this week’s OK! Magazine – out today

Becky is also adamant she won’t be partying like the notorious WAGs of past World Cups, insisting: ‘That group of women were a bit naive to what the level of press and paparazzi interest would be or they weren’t briefed properly.’

‘Our group is there for one reason – to support our husbands. It’d be wrong for us to be making headlines. The wives and girlfriends represent the country, too. You won’t see me dancing on tables or rolling out of nightclubs at 3am.’

The mum-of-four has previously protested the use of the word WAG – used to mean Wife And Girlfriend and coined during the 2006 World Cup.

Calling the term derogatory, she once told Piers Morgan that she preferred to be called her name, instead.

‘I am not just a wife and a girlfriend,’ she explained.

‘I am a mum and there are so many more of the wives and girlfriends that do other stuff, that have careers instead of just going shopping.’