It looks like Rebel Wilson was in need of a bit of retail therapy.

On Friday, the Australian actor and comedian headed out to do some shopping with her girlfriend Ramona Agruma in West Hollywood.

At one point, the Pitch Perfect star flashed her infectious smile toward an admiring photographer after making a pitstop at the luxury avant-garde boutique, Maxfield, with her new lady love following close behind.

Retail therapy: Rebel Wilson headed out to do some shopping with her new girlfriend Ramona Agruma in West Hollywood on Friday

Wilson, 42, showed off her slimmed down figure dressed in turquoise shorts and a matching hoodie, which she shed several times as the temperatures climbed in the mid-80s Fahrenheit.

She also donned a white T-shirt and matching slip-on shoes for her afternoon out with her partner.

Her blonde tresses were styled long and flowing several inches past her shoulders with a part in the middle.

During their afternoon together, Wilson periodically wore a white baseball cap over her blonde tresses that were pulled into a ponytail. 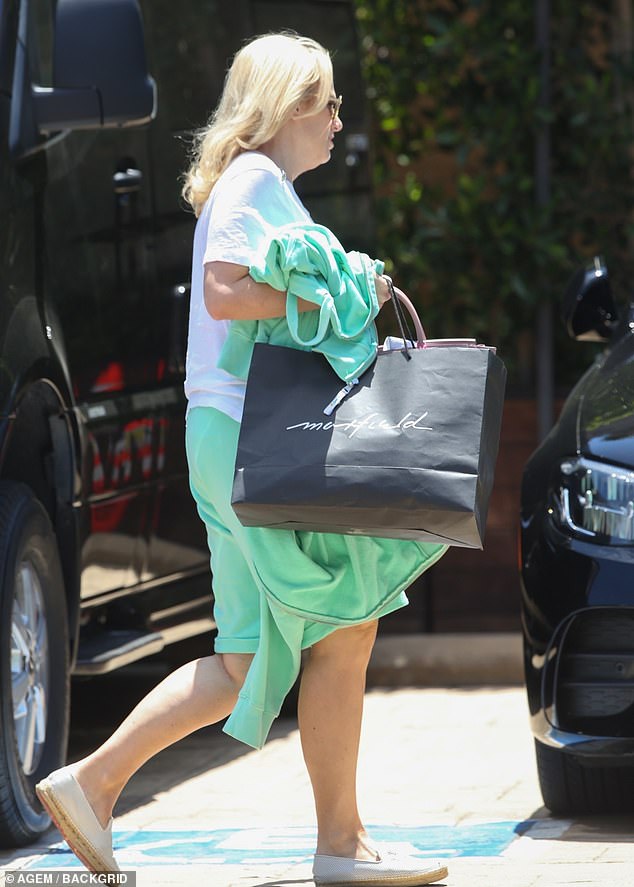 Mission accomplished: Dressed in turquoise shorts and a matching hoodie, the Australian actress left the luxury avant-garde boutique, Maxfield, with a bag full of items 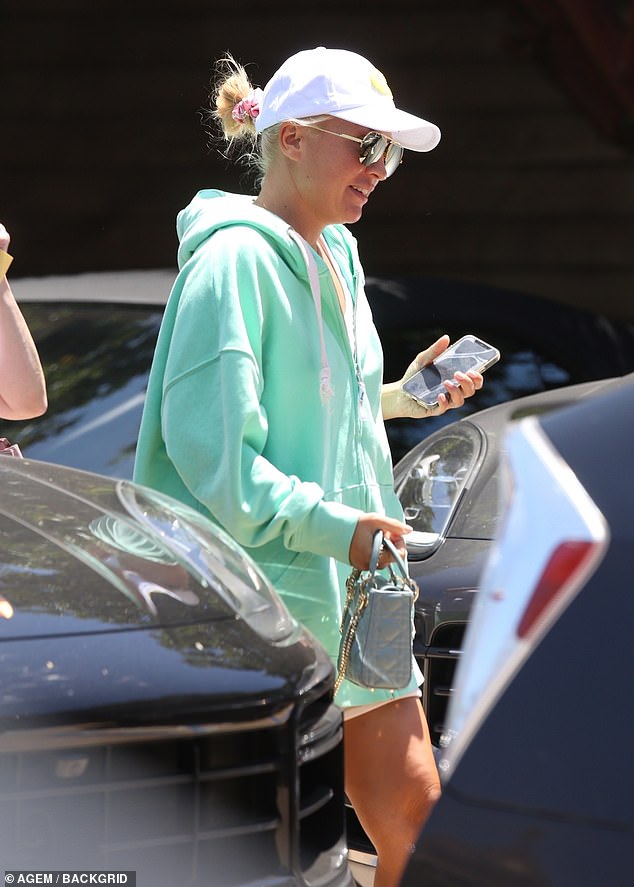 Sunny times: At times, the Pitch perfect star sipped on a baseball cap as the sun glared down on another hot day in Southern California

After browsing through the boutique, the Australian actress eventually reappeared on the street carrying a Maxfield bag filled with several items.

In early June, Wilson announced she was in a serious relationship with Agruma, 42, who’s a successful fashion and jewelry designer, according to Elle.

‘I thought I was searching for a Disney Prince… but maybe what I really needed all this time was a Disney Princess #loveislove,’ she gushed in the caption of an adorable selfie snap of the couple. 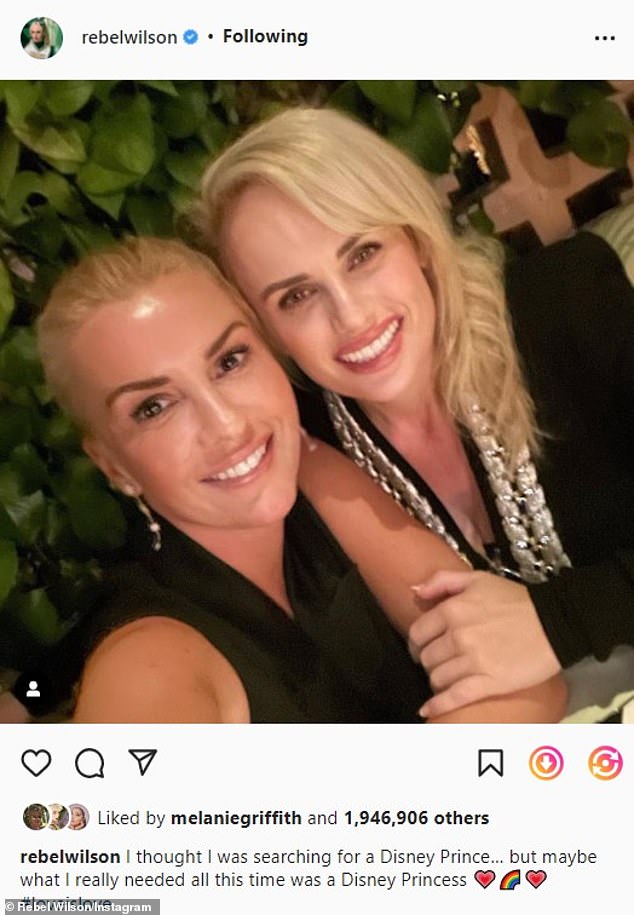 New love: Wilson went public with her romance with Agruma in early June 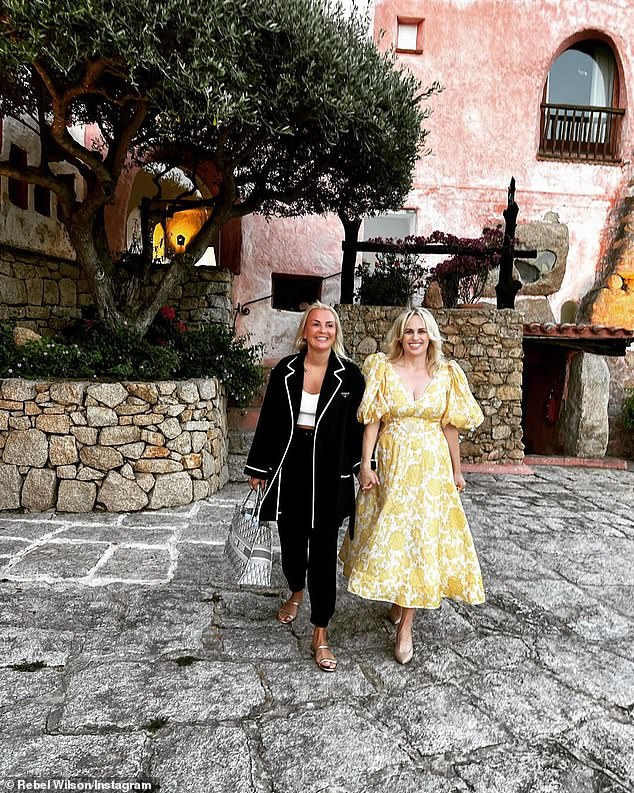 Cute: The couple have since taken to their respective social media pages and shared images of their time together, which included traveling to Europe with several of their friends

The pair have since taken to their respective social media pages and shared images of their time together, which included traveling to Europe with several of their friends.

In one post by Wilson, the actress can be seen holding hands with Agruma during their visit to Italy in mid-June.

Agruma has been equally liberal in her postings of their travels together over the last couple months, that was solidified by a photo of the couple with their mates as they were about to board a private plane.

And, of course, there were plenty of images that captured their more quieter moments together, including when they frolicked in the ocean water in Malibu on July 27 that she captioned: ‘Summer vibes @rebelwilson,’ along with wave and pink heart emojis. 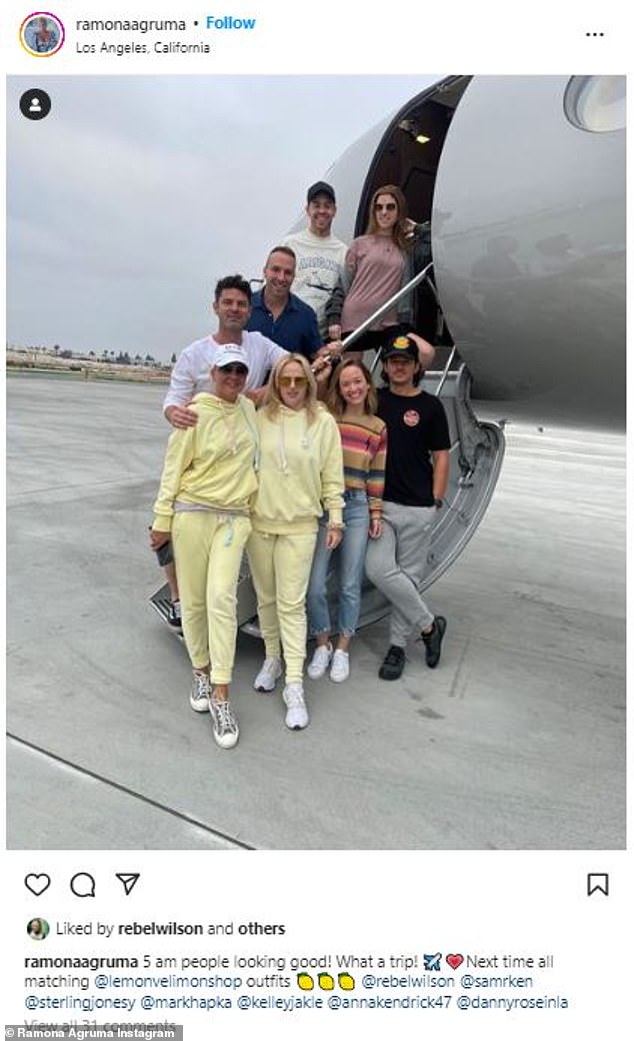 Traveling companions: The pair traveled to Europe with a few of their friends that was highlighted with a post by Agruma, showing them in matching yellow sweatsuits 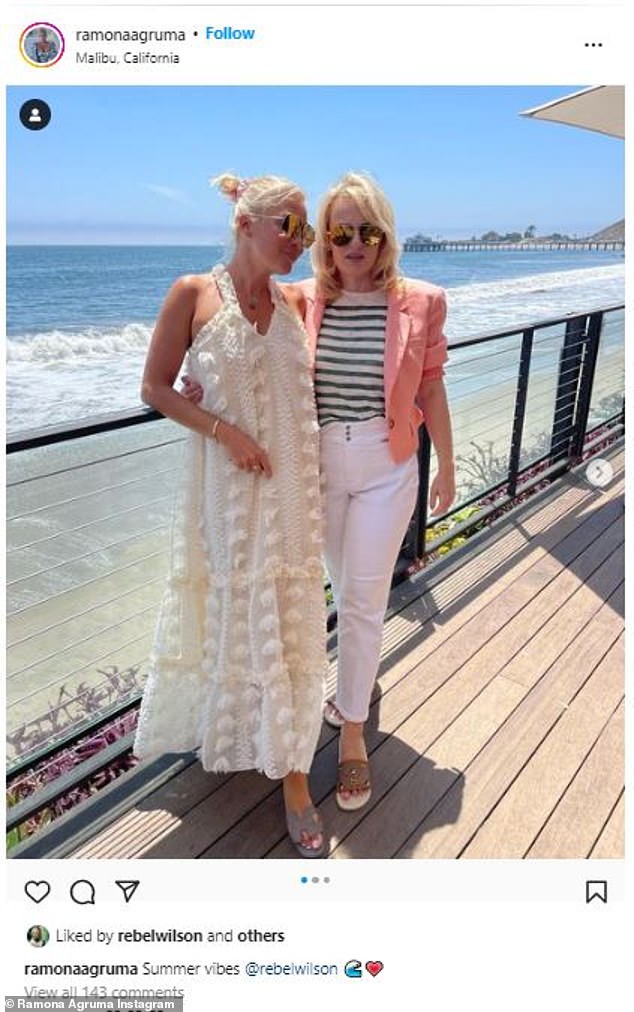 ‘Summer vibes’: Agruma has also been sharing images of the couple’s time together, including a post of them relaxing in Malibu on July 27 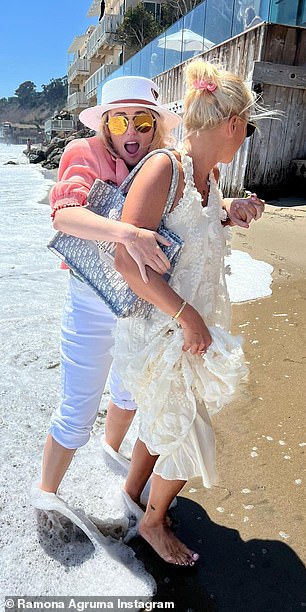 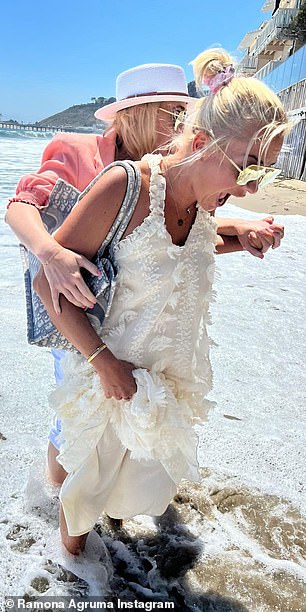 Just yesterday, Wilson confirmed she had signed-on to star in the tennis comedy film Double Fault when she posted the announcement via Variety.

The screenplay is being written by Jim and Brian Kehoe, the brothers who wrote the 2019 high school comedy Blockers.

‘I’m thinking it’ll be as big as TOP GUN so pumped to be working with Paramount again and this winning team! My love for tennis will fully be on display in this film.’ she wrote in the caption of her Instagram post.

Most recently Wilson was shooting the independent film The Almond And The Seahorse, in what will be her first non-comedy film role.

It also stars Trine Dyrholm, Meera Syal, Charlotte Gainsbourg and Celyn Jones, who co-wrote the screenplay with Kaite O’Reilly, and is serving as co-director with Tom Stern. 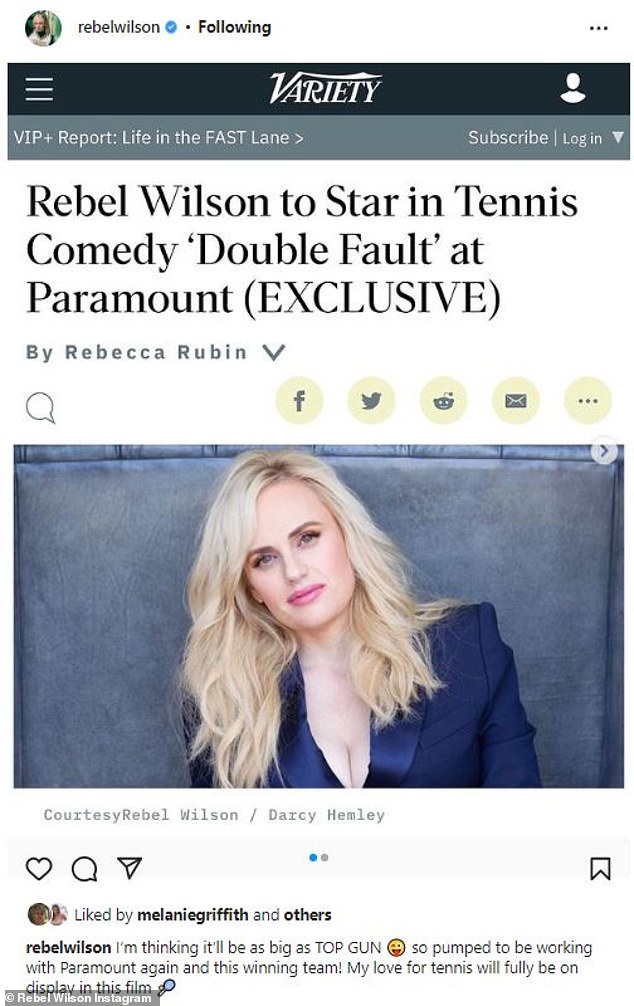 New role: Wilson confirmed she had signed-on to star in the tennis comedy film Double Fault when she posted the announcement via Variety on Thursday