Rebel Wilson has been on an incredible health and fitness journey over the past year, losing around 30 kilograms (66.1lbs or 4.7 stone).

And on Saturday, the Australian actress showed off her slimmed down figure while at work on a Hollywood set.

In photos shared to Instagram, the 40-year-old looked nothing short of sensational in a vibrant pink Badgley Mischka frock that accentuated her trim waist and lean arms.

Shrinking star: Rebel Wilson showed off her trim figure in a pink Badgley Mischka frock on set, in photos shared to Instagram on Saturday, after her incredible 30 kilogram weight loss

Rebel’s eye-catching dress also offered a hint of cleavage, and she paired the frock with matching pink pointy-toe heels.

The Pitch Perfect star’s signature blonde locks were styled in retro waves, and her striking facial features were enhanced with glamorous makeup.

In the caption, Rebel informed fans that her ‘giant face shield’ was removed for the photos, and that it’s important to ‘stay sanitised’ and keep it ‘super safe’ at work. 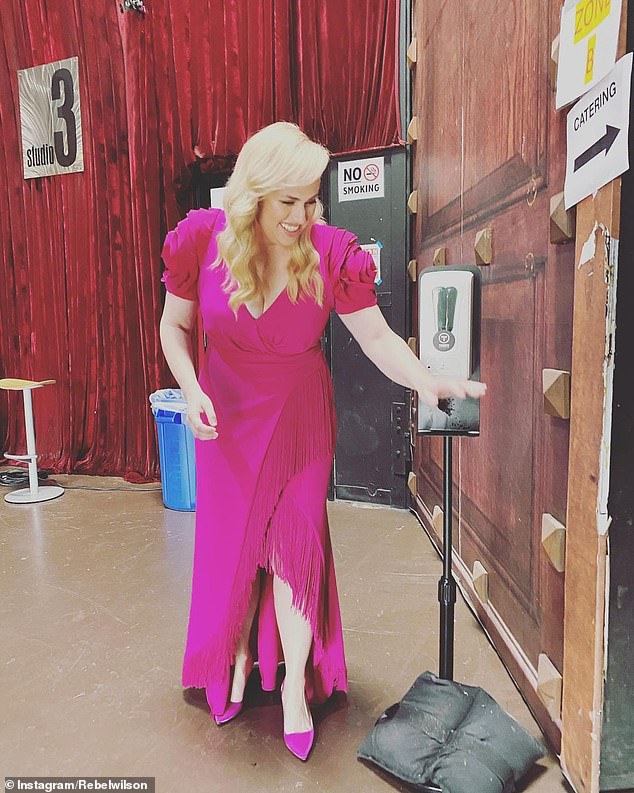 Trim and terrific: The Australian actress, 40, looked nothing short of sensational in the vibrant dress that accentuated her trim waist and lean arms

Back in November, the comedian proudly announced on her Instagram Stories that she had reached her goal weight of 75kg (165lbs or 11.8 stone).

Sharing a photo of the number 74.6 on the scale, Rebel said that while it’s not about a number, she needed a ‘tangible measurement’ to keep her motivated.

‘Hit my goal with one month to spare! Even though it’s not about a weight number, it’s about being healthy, I needed a tangible measurement to have as a goal and that was 75 kilograms,’ the Bridesmaids actress captioned the post. 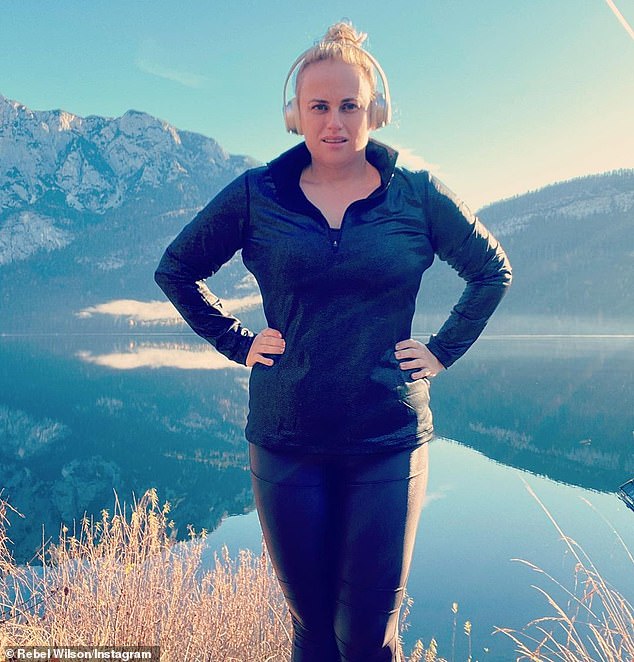 Smashing her goals: Back in November, Rebel proudly announced on her Instagram Stories that she had reached her goal weight of 75kg (165lbs or 11.8 stone) 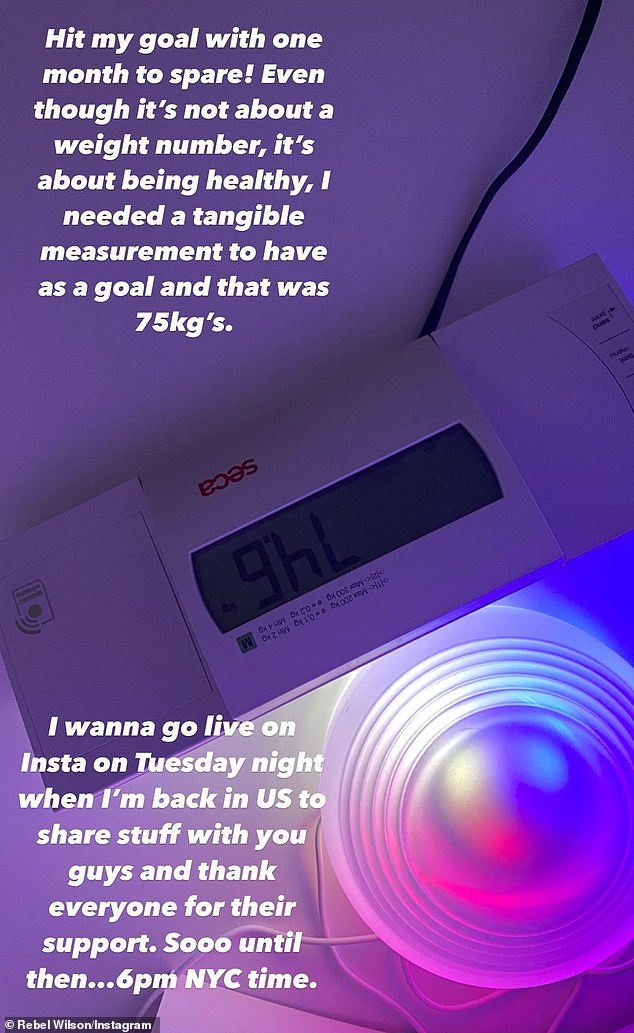 Success: In an Instagram Stories post in November, the Sydney-born star shared a photo of the number 74.6 on the scale, and said that while it’s not about a number, she needed a ‘tangible measurement’ to keep her motivated

In a previous Instagram post, Rebel highlighted her weight loss when sharing a photo of her slimmer frame in a tight blue wrap dress.

The star’s weight loss was certainly noticed by her fans and celebrity followers, with many leaving gushing comments on the post.

‘If I could like this picture numerous times I would,’ wrote actress Ruby Rose, before adding: ‘MY GOD WOMAN!’ 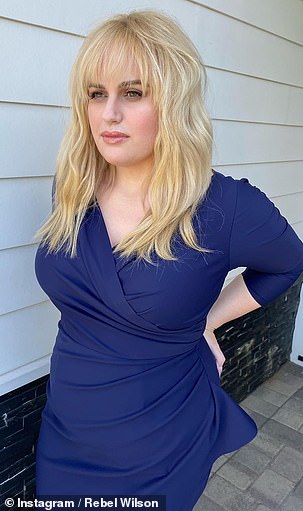 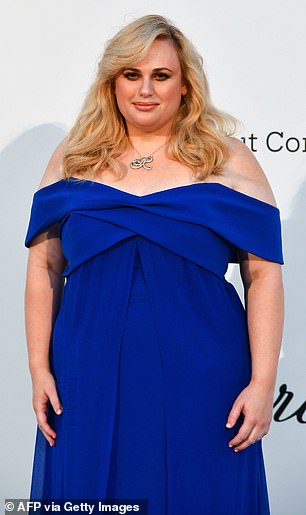 Blue beauty! In August, Rebel showed off her slimmed down physique in a tight blue wrap dress on Instagram (left). Pictured on the right in May 2019 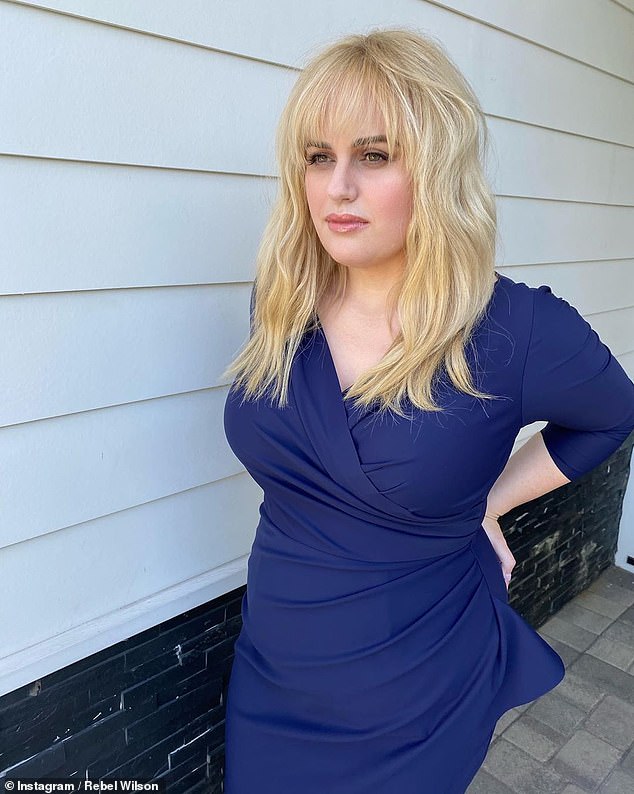 Impressive: The Pitch Perfect star embarked on a healthy lifestyle which has seen her lose at least a staggering 30kg

According to People magazine, Rebel’s remarkable transformation is partially down to following the Mayr Method diet plan.

‘She exercises with a personal trainer up to six times a week, goes on walks and is trying to up her protein intake nutritionally.’ 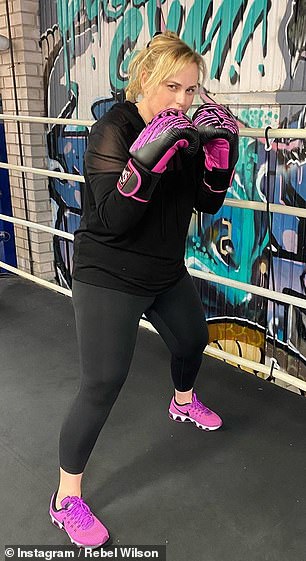 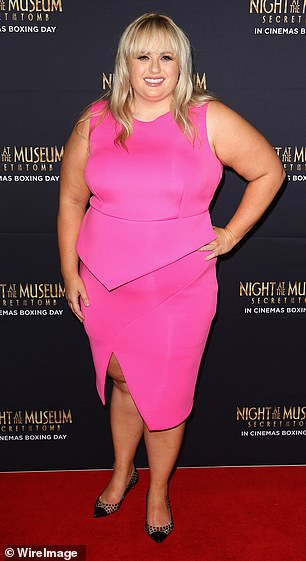 Working hard: During a typical week, the comedian does a combination of HIIT workouts, mobility, weights and resistance, and has just one day per week of rest (pictured right in December 2014) 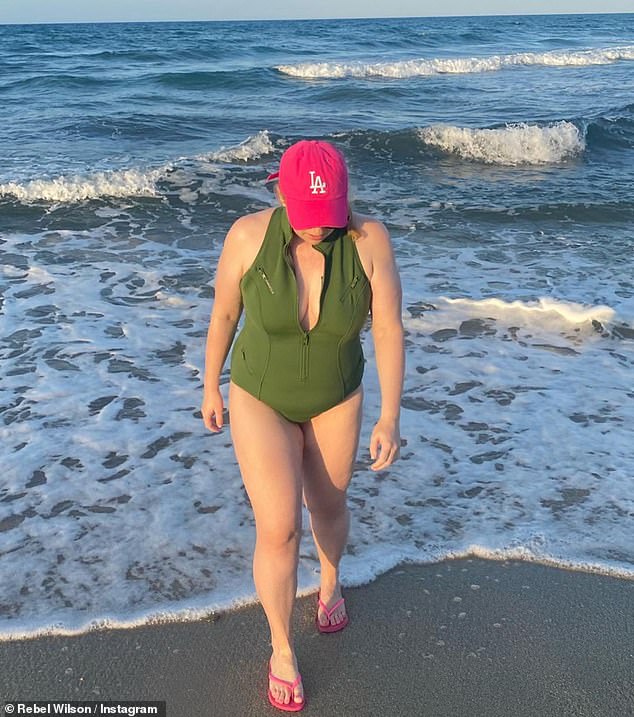 Leaner by the day: According to People magazine, Rebel’s transformation is partially down to following the Mayr Method diet plan, that aims to ‘eliminate food intolerances, reduces sugar and encourages eating whole foods slowly’