A brawl between Rebels boss Nick Martin and a Hell’s Angel’s sergeant-at-arms was allegedly sparked over a disagreement to share control of a beachside suburb.

Martin came to blows with Dayne Brajkovich at The Sandbar in Scarborough, Perth, in November 2020.

The former boss is understood to have wanted to set down roots for the Rebels bikie gang and set up a tattoo parlour in the beachside suburb.

The suburb is controlled by the Hells Angels and the bikie gang did not want to share the territory, The West Australian reported. 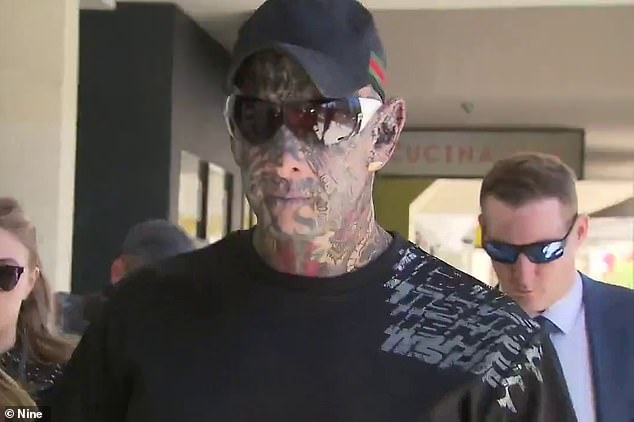 Martin came to blows with Dayne Brajkovich (pictured) at The Sandbar in Scarborough, Perth, in November 2020 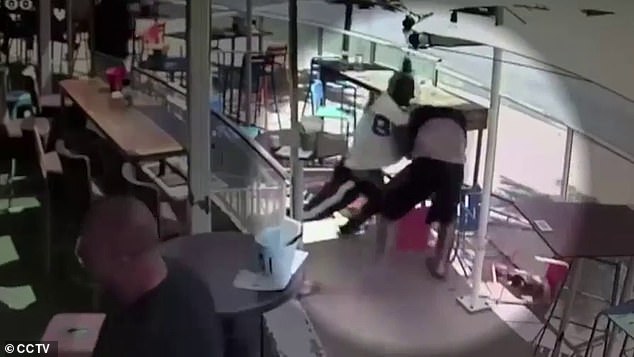 Martin’s proposal was violently rejected when the Rebels boss exchanged a series of punches with Brajkovich at the bar.

Security cameras filmed the two men speaking with each other and shaking hands before coming to blows among staff and patrons.

Pub goers can be seen in the footage running away from the scuffle as furniture is tossed around the bar during the violent fight.

A man wearing a white shirt lands several huge punches and knees in the brawl while horrified onlookers watch on.

Less than two weeks later Martin was gunned down at a drag race at Kwinana Motorplex on December 12.

Comancheros bikie member David James Pye is accused of ordering the $300,000 hit on Mr Martin and has been charged with murder.

Pye allegedly paid a 35-year-old former special forces soldier to take out his underworld rival, who has confessed to being the triggerman.

Detectives questioned Mr Pye in March after the gunman was charged, but did not arrest him until November 2021.

He is charged with one count of murder, two counts of inciting another to commit murder, one count of intent to endanger the life, health or safety of any person and two counts of dealing with property used in connection with a crime. 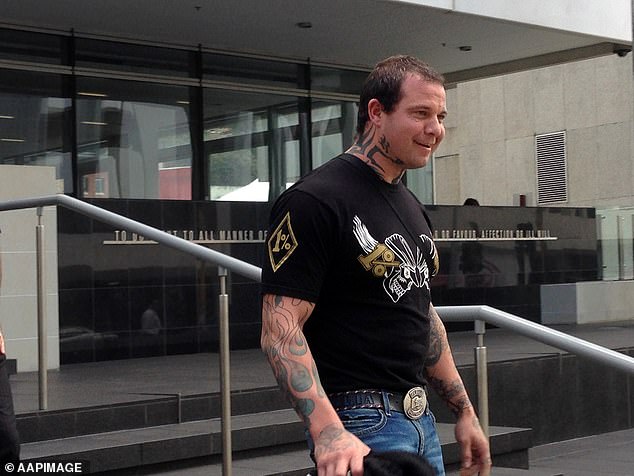 Comancheros bikie member David James Pye is accused of ordering the $300,000 hit on Mr Martin and has been charged with murder 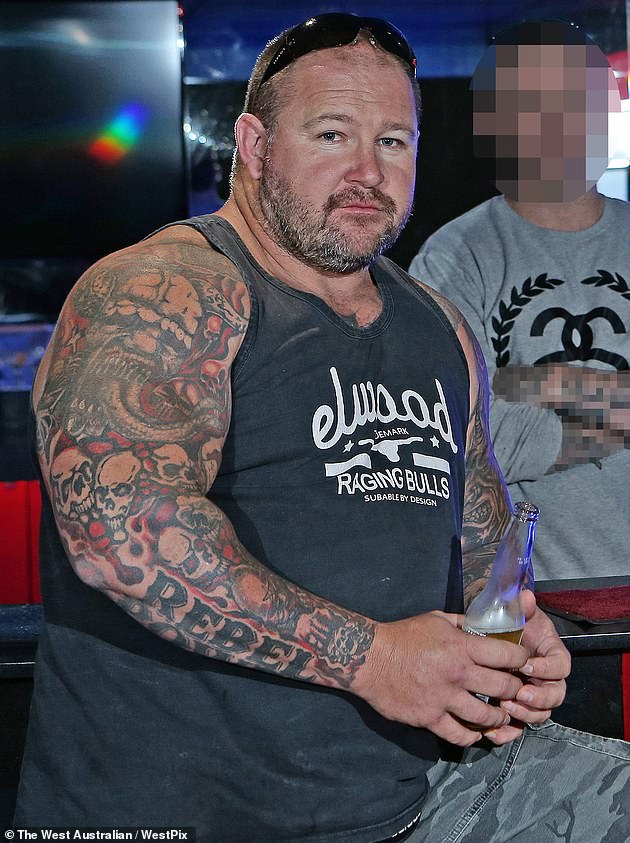 During a hearing in Perth Magistrates Court in November, state prosecutor Nick John, acting on behalf of the Commissioner of Police, brought forward an application seeking to suppress Mr Pye’s identity for his safety, The West Australian reported.

The $300,000 fee allegedly agreed for the killing of Perth bikie boss Nick Martin is thought to be one of the biggest murder contracts ever purportedly offered in Australia.

‘The charges relate to the [alleged] payment of that murder,’ he said. ‘And also [an alleged] payment for the murder of another outlaw motorcycle gang member that was not carried out.’

Mr Blanch said payments made during Melbourne’s ‘underbelly’ gangland wars were much lower.

‘We’ve seen matters over east, certainly during the underbelly period, where amounts were far lower than that, during their 36 murder spree of gangland figures,’ he said.

However, Chief Magistrate Steven Heath reportedly asked if there was ‘any point’ in suppressing his name.

‘The media have already done the investigative work and are to identify Mr Pye, so what do I achieve now [by suppressing his name],’ he said.

‘Do I tell everyone to forget about the front page and media reports because we are now going to make it suppressed?’

Mr Pye, who is in custody, appeared in court via video link wearing an orange jumpsuit with his hands shackled in cuffs and chains.

He did not speak as his lawyer, Paul Holmes, argued for his name to be suppressed.

Mr Holmes said the right to a fair trial was another reason to suppress his identity, but Mr Heath did not grant the suppression order.

‘It has also been suggested it would be appropriate to suppress to ensure a fair trial,’ he said.

‘There are many matters that receive attention in the media and in my view juries which are properly instructed are able to address the element of offences and place any media reporting to one side.

‘The time to trial in any event will be quite long,’ he added.

But Mr Heath did allow the suppression on the name of a woman Pye is also alleged to have ordered a hit on.

Mr Pye is codenamed ‘The Baker’ and allegedly the man who sought out the former soldier who fired the fatal shot.

The mercenary sharpshooter admitted to gunning down Mr Martin at a crowded drag racing event from 300m away.

The shooter, whose name is suppressed, pleaded guilty in Perth Magistrates Court to the assassination.

Mr Martin was watching drag races at Kwinana Motorplex with his family when he was shot through the torso and bled to death.