Australian homeowners could lose up to $100,000 from the value of their home over the next 12 to 18 months, as the nation’s housing market bubble finally bursts.

With house prices falling and indications that interest rates will rise, homeowners are in for a rocky ride – particularly those who stretched their budgets to join the ‘boom’.

Since the property boom was first declared over in late last year house prices across Sydney have dropped by five per cent, while in Melbourne growth has also slowed.

But the housing market collapse may just be the beginning, with a recession like the one ‘we had to have’ in the early 1990s also on the cards, some economists believe.

Australian homeowners could lose up to $100,000 from the value of their home over the next 12 to 18 months, as the nation’s housing market bubble finally bursts according to economists 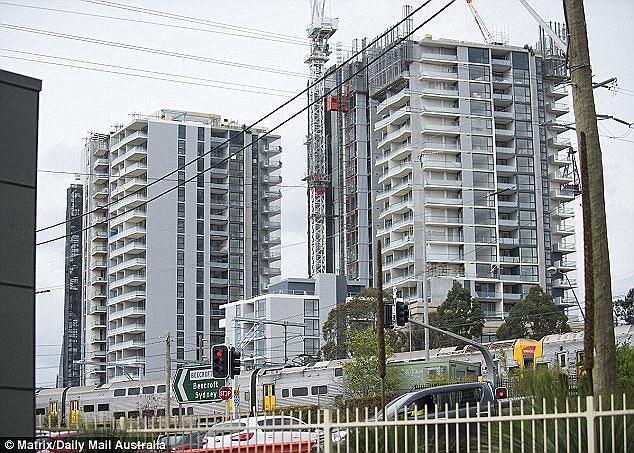 Sydney house prices have dropped by five per cent and Melbourne growth has also slowed as a result of the property bubble bursting. 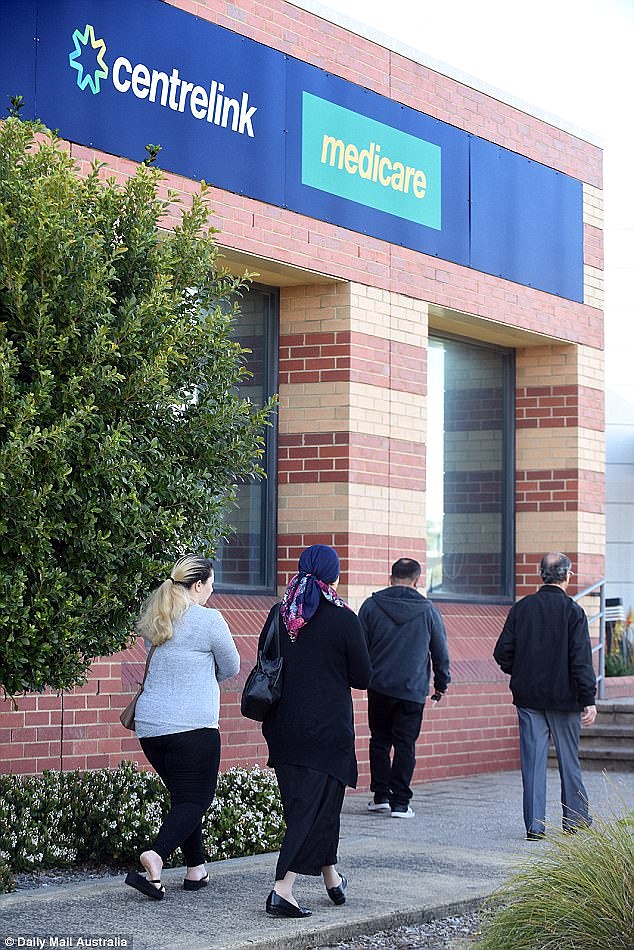 Property prices in Sydney are tipped to drop by 10 per cent over the next year after a slow end to 2017, the biggest drop since the market lost seven per cent in 2003.

And if interest rates were to rise by one per cent, the median home would decrease in value by approximately $107,000 in Sydney and $86,000 in Melbourne.

Experts estimate that the economy could handle a rate rise of up to 0.5 per cent.

Former federal treasurer Peter Costello recently claimed the outlook is ‘painful’, with millions of homeowners to be put under financial stress by any interest rate rise.

‘The problem is now that you’ve borrowed so much, how do you normalise?’ Costello told a recent Urban Development Institute of Australia conference. 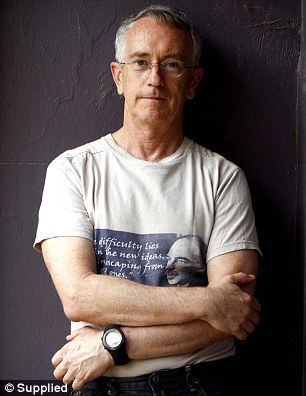 Steve Keen, an author and leading economist, is among those who believes the end of the boom will indeed result in a crash landing for the nation’s economy.

He says while Australia escaped trouble in during the Global Financial Crisis of 2008, things will be get ‘ugly’ should the nation fall into recession in the next few years.

Especially vulnerable are homeowners who bought at the peak of the boom three to four years ago, whose properties are now in negative equity.

‘The boom was on because the housing market was rising and it was rising as people were borrowing money, and subsequently spending money. 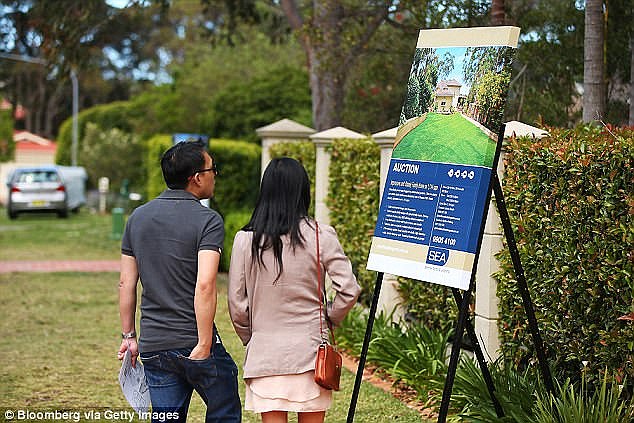 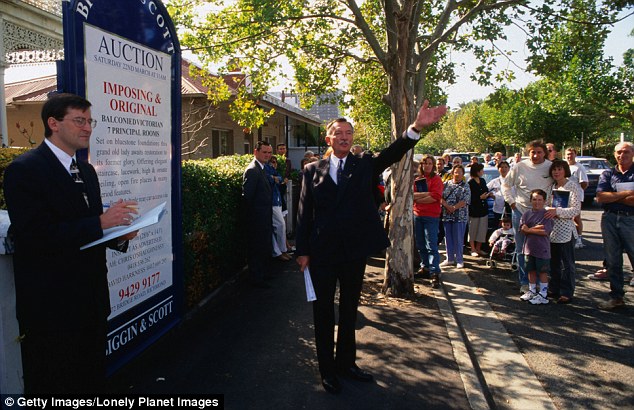 Auction clearance rates were at over 80 per cent this time last year, but sat at around 60 per cent last weekend

‘But now we’re in real trouble because a lot of people took out interest-only loans as the boom started, which meant they only paid the interest not the principle amount.

‘And after five years those reset so where they were maybe paying four per cent they now have to pay an extra 50 per cent.

Someone who has seen the market drop firsthand is Robert Klaric, a Sydney property expert who was among the first to predict that 2017 would be the end of the boom.

The veteran of more than 30 years in the industry claims investors who bought units or apartments off the plan are going to find it particularly tough.

‘Auction clearance rates were at 80 per cent this time last year and all of a sudden they’re now at 60 per cent,’ Mr Klaric said. 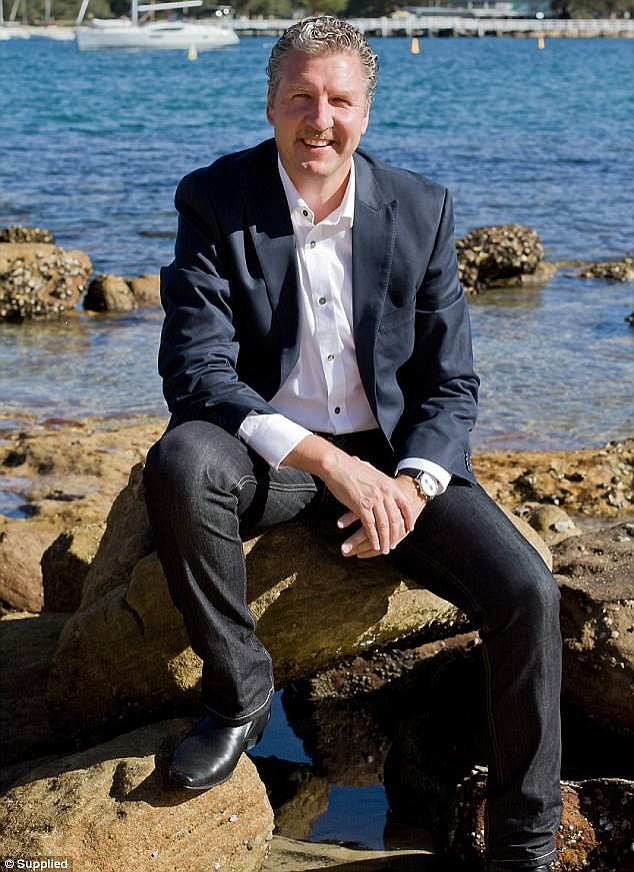 ‘We had a young client of ours who bought a one-bedroom apartment off the plan in Meadowbank, in Sydney’s inner-west in 2016,’ Mr Klaric said.

‘But there’s so many units he struggled to rent it for that price and so couldn’t pay the mortgage.

‘In terms of whether the boom is over, that is the litmus test. There’s talk of interest rates rising and if we see that, people who extended to buy a home really will really struggle to afford repayments on what they’ve borrowed.’

Mr Klaric said there would be carnage in the market if interest rates go up by one per cent.

If interest rates go up by one per cent we will see CARNAGE in the market.

‘The high rise market will be most affected. You’ve only got to drive around to see the unit blocks lying empty, because there’s been a 60 per cent reduction in the Chinese market,’ he said.

‘So those who bought off the plan are seeing a drop in demand, compared to buying in Manly, Bondi or Mosman, where there’s still a demand and always will be demand.’

The fears of rising interest rates come in the wake of the federal reserve putting rates in the United States above Australia’s for the first time in 18 years.

Many believe that in response, the reserve bank will increase Australia’s from where it currently sits at a record low of 1.5 per cent. 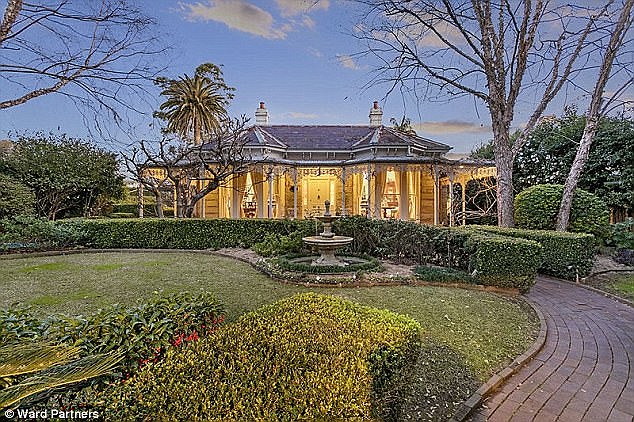 The boom is over: This four-bedroom mansion in the Sydney suburb of Hunters Hill was initially listed at close to $6 million, but its owners were forced to settle for just $4.8 million in 2017 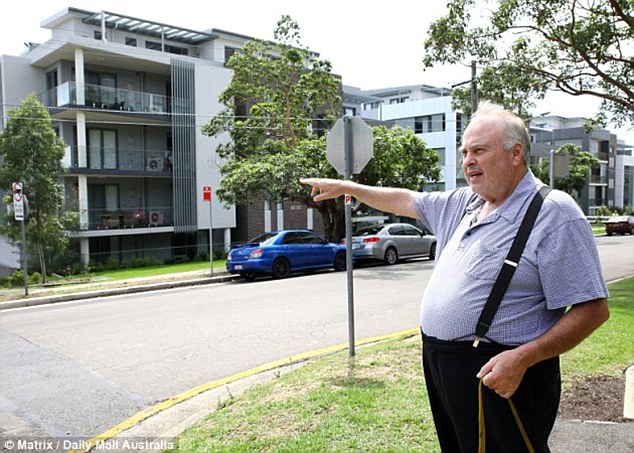 John McCaffrey (pictured) remembers when there was paddocks across the road – now there is dozens of apartment blocks up and down his suburban street at Epping, in western Sydney

But renowned AMP economist Shane Oliver does not take that view, believing the growth levels predicted this year will see the reserve bank hold until at least 2019.

‘The urgency to raise interest rates and deal with the property boom in Sydney and Melbourne has slowed down,’ he said.

‘The share of household income being taken up by repayments is quite low, and that is a big thing for the reserve bank.

‘We’ve already seen a five per cent drop in Sydney and a slight drop in Melbourne, in Perth, Darwin, Adelaide, Brisbane and Canberra, we never hit the same levels.’

The impact of an interest rate rise to homeowners would be especially significant if it was their first home, according to Mr Oliver. 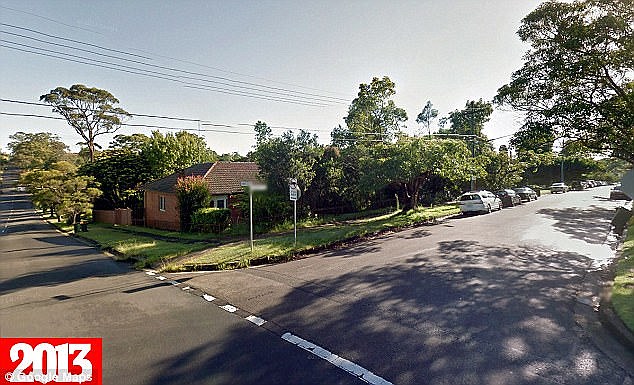 The good old days: A block of houses lies untouched in the western Sydney suburb of Epping 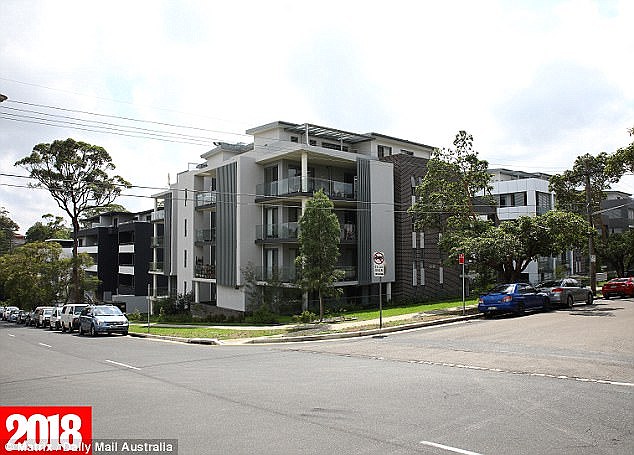 He believes many 20-somethings who have entered the market for the first time will not be prepared for a rate rise and what that means.

‘If you’re 28 or 29 or something, you may never have experienced a rate rise in your working career, that’s why the risk may be a little bit higher.

‘We won’t see scenes like we saw in America ten years ago because they were giving out loans to anyone. They called them NINJA loans – “no income, no job, no assets”.

‘But in Australia the data shows the amount of loans like that is close to zero, so the real risk is on the interest only borrowers if things increase.’ 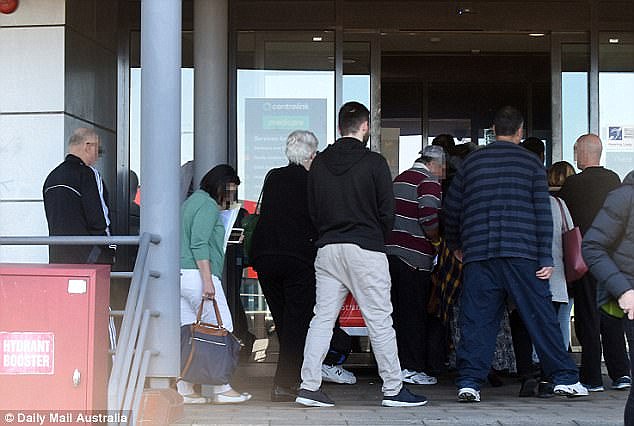