Former BBC Radio 1 Xtra presenter Rodney P has been axed by his record label after admitting attacking an ex-girlfriend and amid allegations he ‘threw another around like she was a rag doll’.

Brighton-based label Tru Thoughts say they have ‘no plans to release music’ from the British hip-hop star –  regarded as a pioneer of British rap music.

It comes after the rapper admitted assaulting a former partner, who claims he hit her with the back of his hand and pinned her against a wall after their relationship ended.

He also admits he was sentenced to 15 weeks in prison after pleading guilty to assaulting another woman in 2012.

But he has ‘strongly denied’ allegations from a third woman, who claims he subjected her to physical, emotional and verbal abuse.

Myvanwy Evans claims the rapper, whose real name is Rodney Panton Edwards, ‘would drag and shake me and hold me down’ and said she thought she was ‘going to die’ during one alleged incident involving a wine bottle. 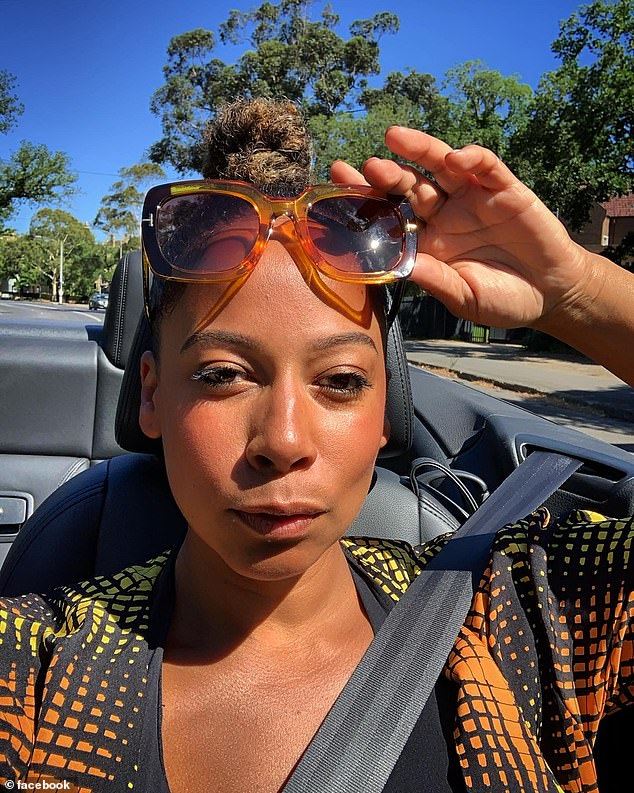 Myvanwy Evans (pictured) claims the rapper, whose real name is Rodney Panton Edwards, ‘would drag and shake me and hold me down’ and said she thought she was ‘going to die’ during one alleged incident involving a wine-bottle

Bosses at Tru Thoughts said it first became aware of Ms Evans’ allegations in July this year after she posted them on social media. But they said Edwards, who this year ws involved in a BBC Four documentary on Jazz Funk, had denied the allegations to them.

They said they had been unaware of the other allegation, involving his conviction and another unnamed woman, until Edwards had confirmed them in a statement to the press.

In a statement, Tru Thoughts told MailOnline: ‘Myvanwy Evans posted on social media around the time of Rodney P’s Jazz Funk documentary on BBC Four in July 2020: this was the first Tru Thoughts knew about the allegations.

‘In discussions at that time Rodney P told us the allegations were false.

‘Presented with completely contradictory information on such a serious nature – these allegations and a complete denial of them – we felt it was important for the correct authorities to investigate this, we did not feel qualified to investigate such a serious issue but monitored the situation.

‘We have since suspended our work with Rodney P and have no plans to release music from him.

‘We hope there is a resolution for all those involved.

They added: ‘We would like to reiterate that we take domestic abuse very seriously and we do not condone abusive behaviour in any way.’

The BBC also says it has no plans to work with Rodney P in the future.

A BBC spokesperson told MailOnline: ‘Details of these serious incidents were not disclosed prior to us working with him. There are currently no plans to work with him in the future.’

It comes after Ms Evans made her allegations about Edwards in a post on social media.

In the Facebook post, she claims: ‘The onslaught of physical, emotional and verbal abuse from Rodney involved being violently shouted at, called demeaning names, belittled, bullied and aggressively thrown around his four bedroom house in London where we lived together.

‘On many occasions I was grabbed by the arms, neck, face, legs. Tossed into walls, sideboards, furniture, up and down stairs. 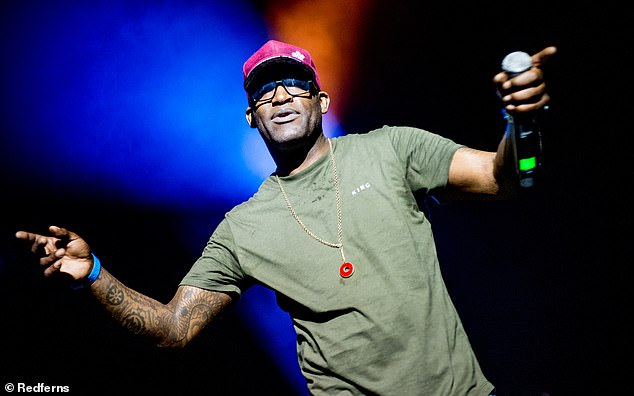 Edwards (pictured in 2018) denied attacking Evans in a statement to the Guardian, in which he said her ‘specific claims are false’ 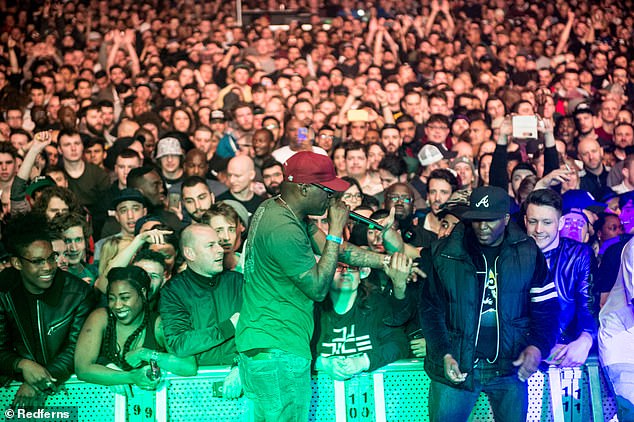 However Edwards (pictured on stage in a red hat in 2018) told the Guardian: ‘There are incidents in my past which I am ashamed of, and which I have worked hard to put behind me’

‘He would drag and shake me and hold me down, bruising my arms, legs and upper torso black and blue.

She claims the abuse, which she says last around five months during their relationship in 2007, ‘culminated in (me) being thrown around like a rag doll’.

Ms Evans claims that she moved out after the incident, but continued in the relationship until January 2010.

She said the relationship ended ‘when after a night out with his friends he came back to my house and beat me up’.

Ms Evans said she had undergone therapy ‘for the last 10 years’ and had ‘done a lot of healing’.

She said she decided to go public in July with her allegations after the death of a friend who had asked her why she had not reported the alleged abuse at the time.

Edwards denied attacking Evans in a statement to the Guardian, in which he said her ‘specific claims are false’.

However he told the paper: ‘There are incidents in my past which I am ashamed of, and which I have worked hard to put behind me.’

That statement came after the BBC reported allegations from another woman, who has not been named, of domestic abuse.

The woman, who says she met Edwards more than 30 years ago, told the BBC that Edwards had split her lip after ‘back-handing’ her in the mouth.

She also claimed he dragged her by her neck and pinned her up against the wall after he heard she had started seeing someone else following their split.

Addressing those allegations, Edwards said in a statement to the BBC: ‘I’d like to repeat now I am still deeply sorry that I ever hurt her.’

The DJ also confirmed to the BBC that he was sentenced to 15 weeks in prison after pleading guilty to assaulting another woman in 2012.

He told the BBC: ‘I am deeply ashamed of my actions at that time, and I was sentenced to 15 weeks imprisonment.

‘I was wrong and I have paid the price. I have worked hard over the last 10 years to be accountable for my actions.’

The rapper rose to fame as a member of the hip-hop group London Posse in the 1980s, before having a successful sol career.

He was later given a presenting role at BBC Radio 1Xtra in 2002. His show ‘The Original Fever’ was on air for six years.

Rodney P has continued working in the music industry since then and has recently presented documentaries with BBC Four.

MailOnline has contacted representatives for Rodney P for a comment.