A record number of female CEOs were featured on this year’s Fortune 500 list, as Amazon moved up three places to the number two spot but Walmart continued its reign for the eighth year at the top.

Of the 37 companies, only three had women of color in charge.

The Fortune 500 list this year ranked companies based on their total revenues for their respective  fiscal years.

Mary T. Barra of General Motors was the highest ranking female CEO on the list as her company ranked at number 18.

General Motors Chairman and CEO Mary Barra (pictured above) was the highest ranking female CEO on the list as her company ranked at number 18. General Motors produced $137.2billion during their latest fiscal year 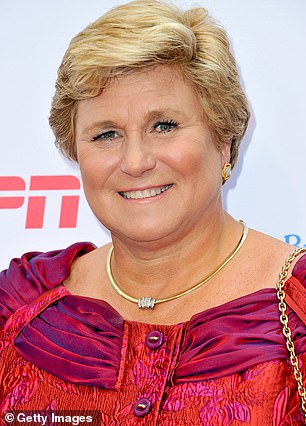 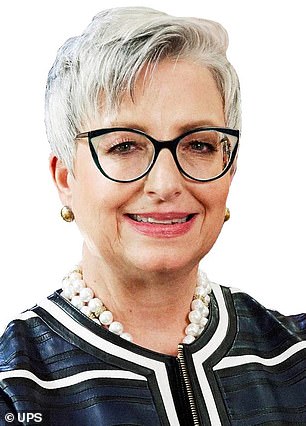 General Motors recorded $137.2billion in revenue in their fiscal year, despite auto factories closing for nearly two months during the coronavirus pandemic.

On Monday, General Motors stock price was 24.81 and had gone up almost 10 per cent as workers across the country begun to return to work as states reopened after lockdown.

Anthem accumulated $104.2billion in revenue and profits counted up to $4.8billion. Its market share ranked above General Motors at $57,245.20.

Boudreaux acts as CEO and President of Anthem, which serves more than 40 million consumers through its health plans. Boudreaux was named CEO in 2017. 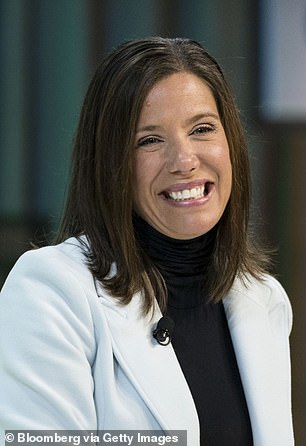 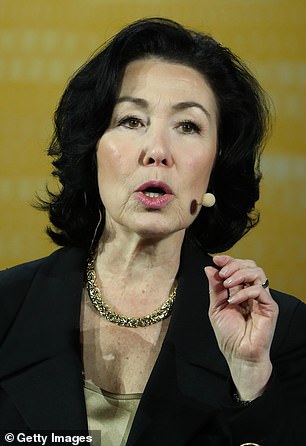 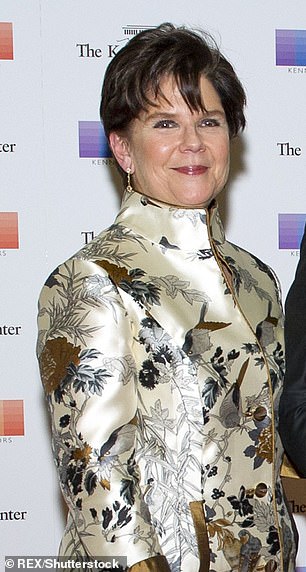 The company took a hit in March when lockdown orders went into place, but its stock has been steadily climbing since early April.

Next, the United Postal Service’s Carol Tomé was the third highest ranked female on the Fortune 500 list this year.

Tomé, the former financial officer of Home Depot, was announced to charge at United Postal Service in March 2020 and will formally takeover in June 2020.

She’s taking over for David Abney, who worked at United Postal Service for 46 years.

UPS fiscal year revenue came in at $74million and profits at $4.4million.

The Atlanta, Georgia, postal business was an industry that also faltered when the coronavirus pandemic unexpectedly hit.

Staffing shortages and a drop in mailed advertisements saw its stocks tumble as early as January.

Its numbers are struggling to return back to normal, but UPS’ numbers rose between Friday and Monday by 5.07 per cent.

Also featured on the Fortune 500 list was Best Buy, led by Corie Barry, at number 75 and Oracle, whose CEO is Safra Catz, at number 82.

The latest Fortune 500 list also had Amazon, headed by CEO and founder Jeff Bezos, move to the number two spot.

‘Amazon obviously continues to grow at a ridiculous pace of 25% to 30% per year. When you get to be big it doesn’t take much for you to continue to be big,’ James Thomson, the former head of Amazon Services, told ABC News. 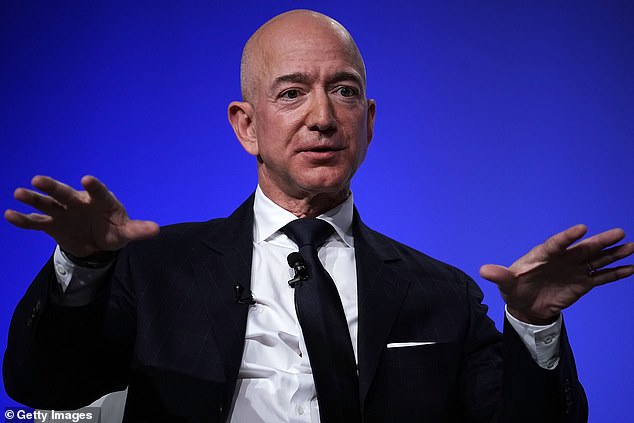 Amazon’s rank does not include any profits made during the coronavirus pandemic, so the company’s revenue, now at $280billion, could still grow.

It came behind supermarket chain Walmart, who raked in $523billion in revenue during its fiscal year.

During the pandemic, it hired ‘175,000 people in the last seven weeks to scale up and meet consumer demand.’

Amazon has encountered controversies over worker safety during the outbreak, but Thomson thinks this will have just a small impact on the company.

‘Consumers still want their stuff and nobody is more better equipped to get them stuff than Amazon,’ he said.

‘I suspect a lot of consumers will compartmentalize and say Amazon will need to figure that out, but I still need Amazon to deliver all my things.

‘There are not a lot of good alternatives out there. Imagine a world where there wasn’t an Amazon. Where would consumers get their products?’

Amazon first entered the Fortune 500 list at 2002 at number 492. Market value for Amazon has since skyrocketed more than 22,000 per cent.

According to Thomson, Amazon’s focus on ‘long-term profitability’ is part of the reason it invested so heavily in logistics and infrastructure.

‘I would expect that Amazon is going to continue to be very close to the top of this list for the foreseeable future,’ said Thomson.

‘They have more pokers in the fire than most companies.’