By Jesse Hyland and Olivia Day For Daily Mail Australia

A sea of red has washed over picturesque Christmas Island – as tens of millions of red crabs march from the rainforests to the coast to breed.

More than 65million red crabs are beginning to make the yearly trek across the island, north-west of Western Australia – in what is expected to be the biggest annual migration in years.

Heavy rainfall on Saturday preceded the beginning of the move, where the crustaceans can scamper as far as 20km to the ocean. 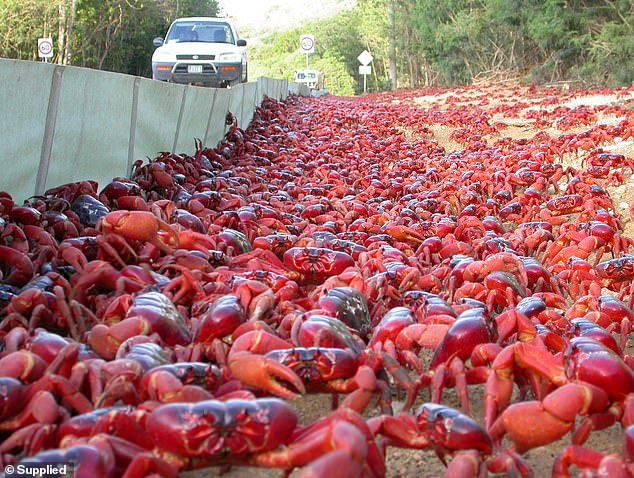 ‘It’s only been a few days, but it certainly looks like this is going to be a huge migration,’ he told the ABC.

‘We do have a very large number of crabs coming down so we’re keeping a very close eye on that over the next few weeks.’

Mr Ball added that there were far greater numbers of crabs compared to previous years, estimating that the population had doubled in size from ‘five or six years ago’.

He attributed this to the ‘suppression’ of yellow crazy ants on the island. The ants routinely kill red crabs by spraying them with acid, before eating them.

The ants were accidentally introduced to the island in the early 1990s and are destructive to the environment. 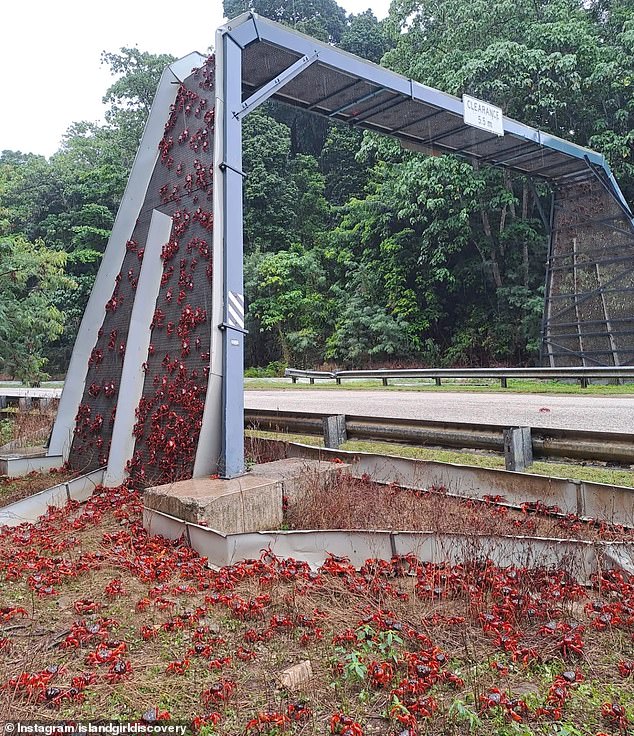 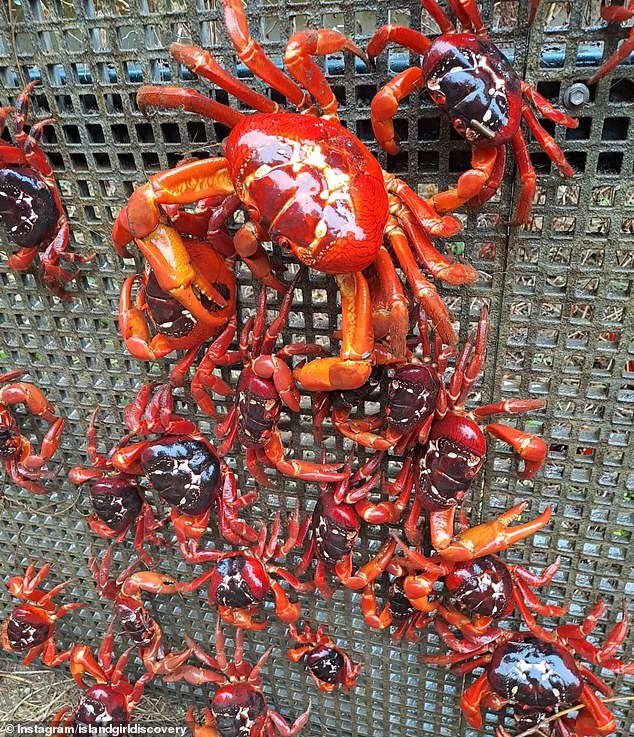 The annual red crab migration usually begins in October or November with the first rainfall of the wet season.

Male crabs will leave their homes and lead the way towards the beach, picking up females along the way.

The mass migration often causes traffic jams on the island, with cars usually diverted as the creatures swarm the roads.

Some locals will use rakes to sweep the crustaceans off the roads and pathways. 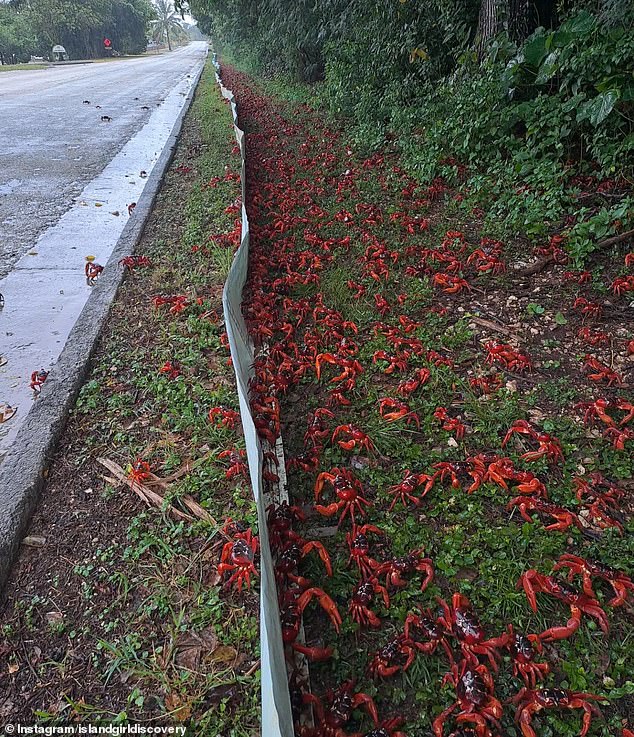 The exact timing and speed of the migration is determined by the phase of the moon.

Crabs will always breed before dawn on a receding high-tide during the last quarter of the moon, according to Parks Australia.

If the rainfall is close to the spawning date, the crabs will either rush to the ocean or remain in their burrows and migrate the following month.

But if the the rain comes early, they will move at a more leisurely pace and take breaks to eat and drink. 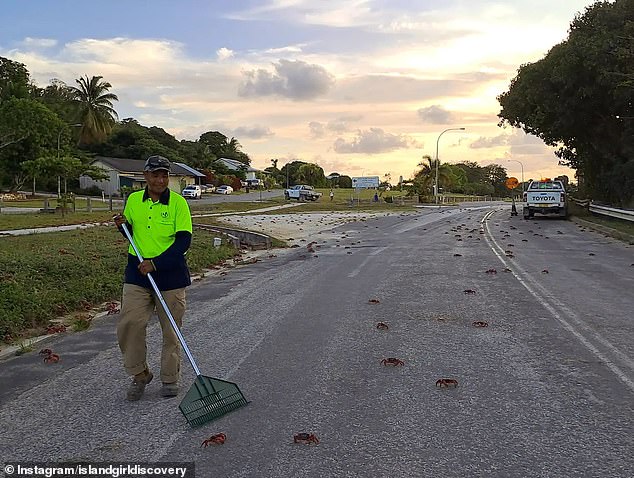 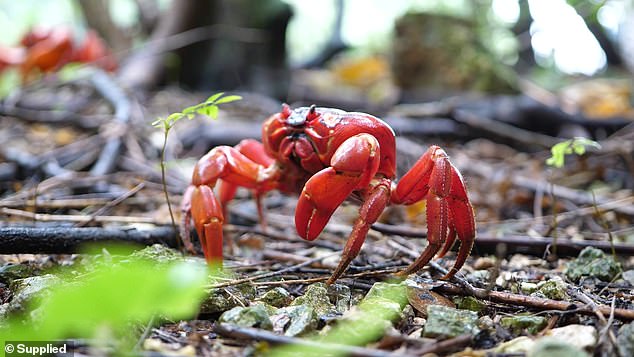 The vast majority of Red Crab larvae will be feasted on by fish, manta rays and the giant whale sharks that inhabit the surrounding waters

After breeding, the male crabs will have a dip in the ocean for moisture before heading back towards the jungle.

Female crabs will stay in their burrows and release a staggering 100,000 eggs into the Indian Ocean over five or six consecutive nights during the migration period.

They will wait in their burrows for around two weeks as the eggs develop.

One month later, the baby red crabs will return to shore to make the journey home into the tropical forest of the island.

However, the vast majority of the larvae will be feasted on by fish, manta rays and the giant whale sharks that wait in the surrounding waters for the annual feast.