Milan Pavkov celebrated his double against Liverpool in style on Tuesday night – by celebrating with Red Star Belgrade’s ultras.

The 24-year-old struck twice inside the opening 30 minutes on Tuesday to inflict a shock Champions League defeat on Jurgen Klopp’s men.

And after earning his side a crucial three points in the race for qualification to the knockout stage, Pavkov jumped into the stands to mark a special night. 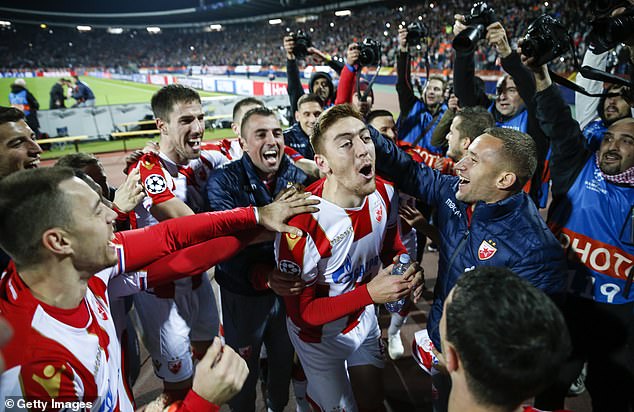 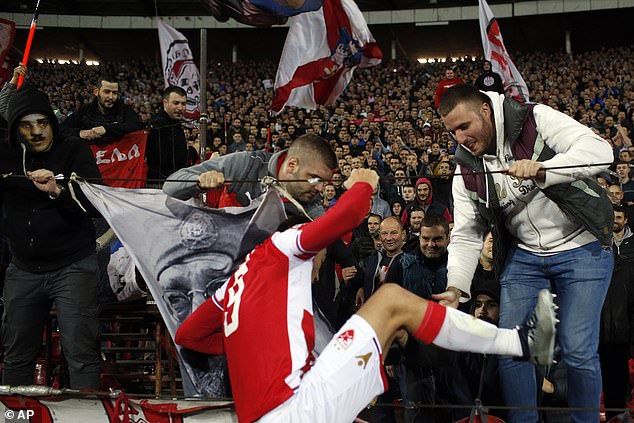 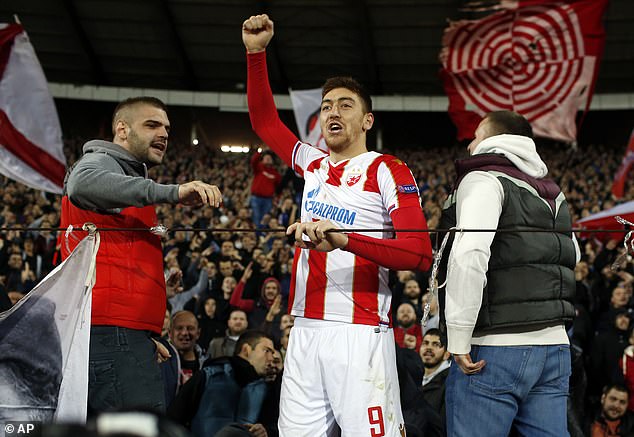 After being carried towards a section of the club’s most hardcore supporters by his jubilant team-mates, Pavkov climbed through a rope to join those who had celebrated so wildly when he beat Alisson with a header in the 22nd minute.

Pavkov was pictured shouting and raising his right arm while surrounded by the club’s ultras – a group known for their fanatical support, chants and for creating one of the most intense atmospheres in Europe.

‘I was hoping for this,’ Pavkov said when asked how he felt after denting Liverpool’s hopes of reaching the last 16 of the Champions League.

‘I said earlier that I’d like to score against Liverpool and it came true. I even scored twice.

‘Sleep? I won’t. I can’t sleep after some league games, let alone this one.

‘Maybe not the next two or three nights.

‘But I will have to sleep in the morning because we have an important game this weekend.’