The man known as the ‘red sweater guy’ claims his son was suspended from school over a photo at a gun range.

Ken Bone, who shot to fame as an undecided voter at a 2016 presidential election debate, says his son was suspended on Thursday, days after he posted the photo of his son firing an assault rifle.

The Belleville, Illinois, native first posted the photo of his son on Twitter earlier this week. 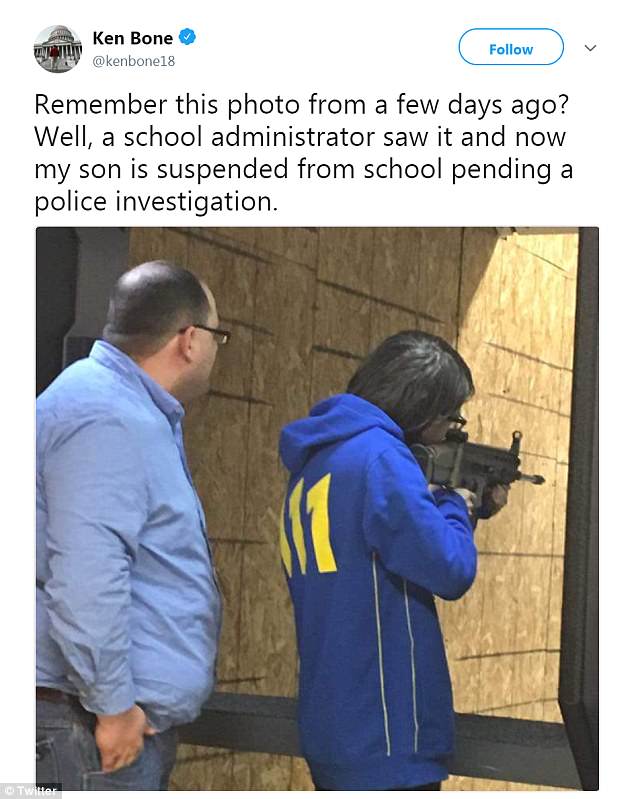 Kashuv had also posted a photo of himself at a gun range on Monday, and claimed he was ‘wrongfully questioned’ by police after his classmates reported him for shooting an AR-15 on camera.

On Tuesday Bone weighed in, sharing the picture and writing: ‘Here’s a pic of my son learning to shoot safely under my supervision. Maybe those security guys want to talk to him.’ 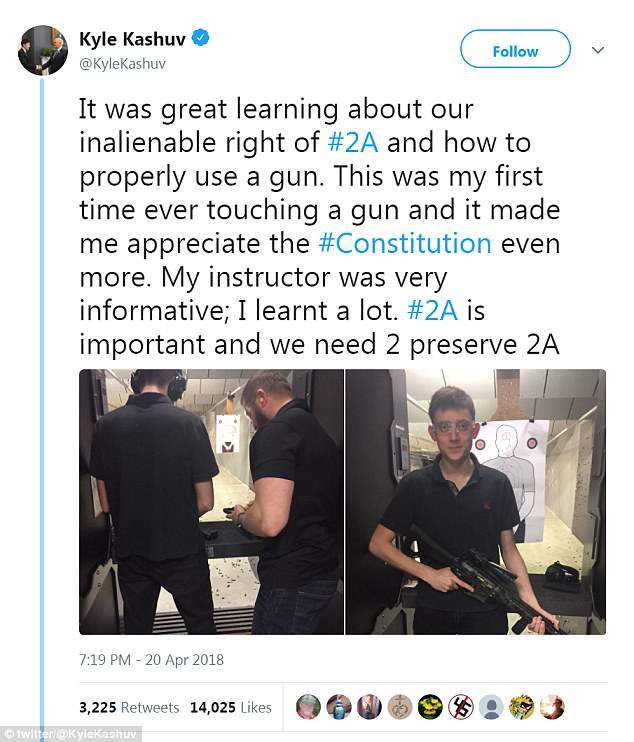 Bone was responding to a tweet by Marjory Stoneman Douglas student and gun rights activist Kyle Kashuv, who claims he was questioned by police over a similar photo

Two days later, Bone posted the picture again, writing: ‘Remember this photo from a few days ago? Well, a school administrator saw it and now my son is suspended from school pending a police investigation.’

The viral star also said his son didn’t find out he was suspended until he received a call from the principal after school.

Bone’s claims caused a stir on Twitter, with some arguing he was probably not telling the whole story, and others expressing disbelief over the alleged school suspension.