Jimmy Howard stopped 29 shots, and the Red Wings won for the first time on the road since a 3-2 overtime victory at the New York Rangers on Feb. 25 to end an 0-10-1 skid – the franchise’s longest without a win in 37 years.

Selected with the eighth pick in last year’s draft, Mittelstadt signed with Buffalo this week after electing to skip his final three college season at Minnesota.

Sabres goalie Robin Lehner was yanked for the second straight game after allowing three goals on 20 shots through two periods. On Saturday, he gave up four goals on 12 shots through 28:45 in a 5-1 loss at the New York Rangers.

Mantha put Detroit up 3-2 with 3:34 left in the second period just after a faceoff violation penalty called against Mittelstadt expired. Mantha was allowed to stand alone in front, where he deflected Joe Hicketts’ shot from the blue line. Lehner got a piece of the shot, though Mantha was still untouched while easily converting the rebound.

Athanasiou’s scored a 1:50 into the third period to put the Red Wings up 4-2 by capping an exceptional series of passes. Niklas Kronwall broke up the left wing and flipped a pass through the middle to Justin Abdelkader, who tapped the puck through his legs in setting up Athanasiou in the slot.

After Rodrigues cut the lead to 4-3 at the 4:51 mark, Gustav Nyquist set up DeKeyser, who scored while driving to the left post with 9:50 left.

The Red Wings responded after Eichel and O’Reilly scored to put Buffalo up 2-0 by the 7:11 mark of the first period.

Larkin started the comeback almost immediately by scoring from the slot 30 seconds later.

Helm tied it on a short-handed breakaway 5:21 into the second period.

NOTES: Red Wings C Henrik Zetterberg assisted on DeKeyser’s goal for his 954th career point to tie Sergei Fedorov for fifth on Detroit’s franchise list. … Rather than having the starting goalie lead the Sabres out for pre-game warm-ups, Mittelstadt got the honor in skating out on his own for 20 seconds before being joined by his teammates. And the 19-year-old drew applause upon jumping the boards and hitting the ice for his first shift 1:27 into the game. … Eichel’s goal was his 25th of the season, one more than he had in each of his first two years.

Sabres: At Nashville on Saturday. 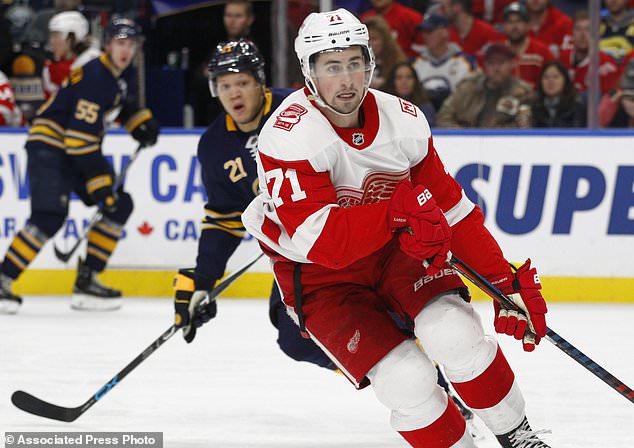 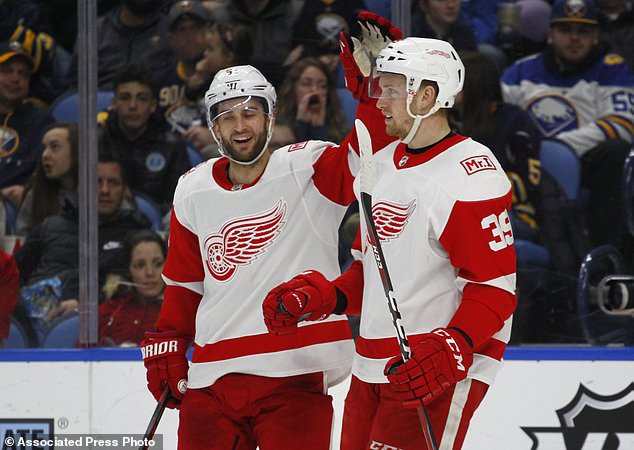 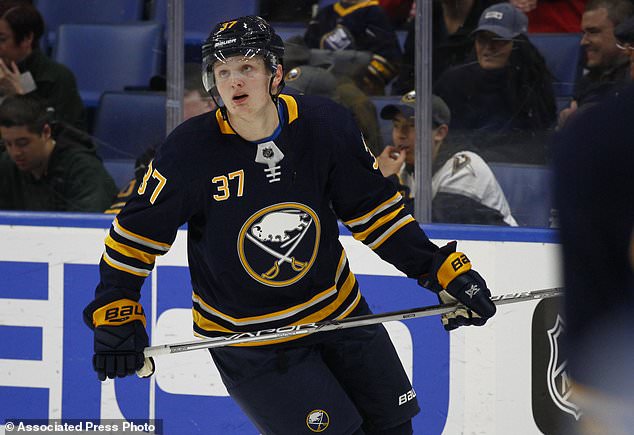 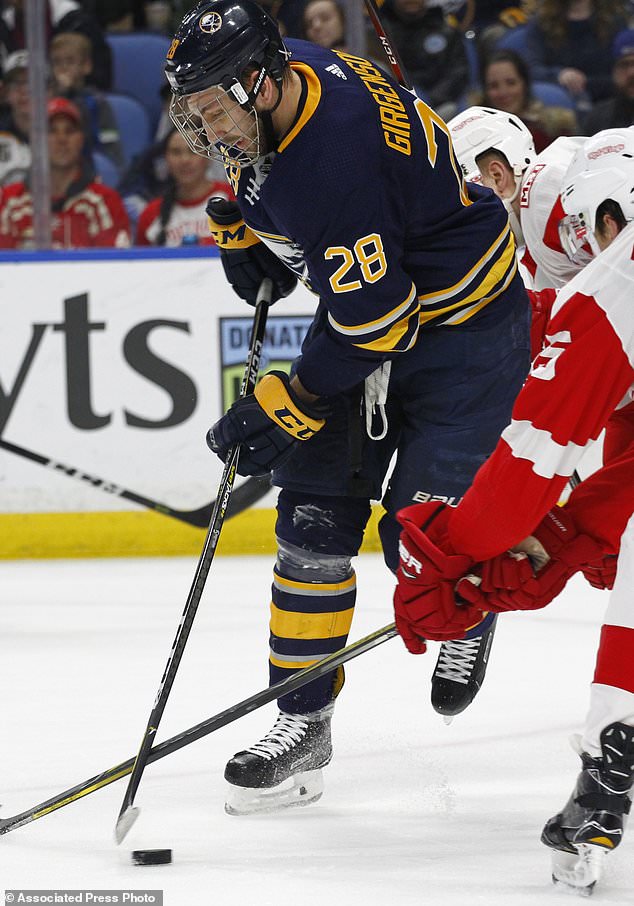 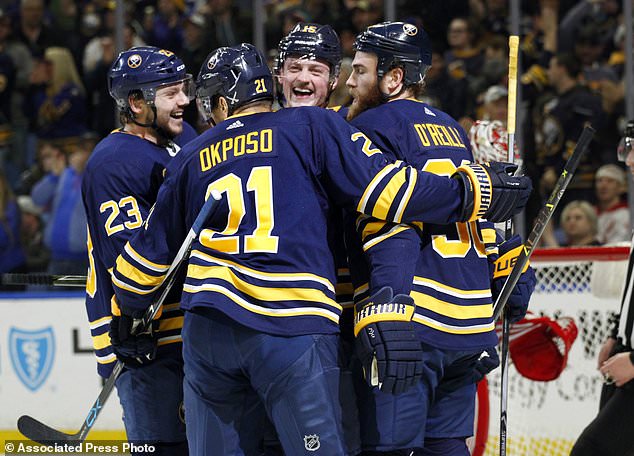