The Reddit site was reported down across the world on Thursday morning into the early afternoon, marking the latest major platform to befall an outage.

According to Down Detector, an influx of users reported not being able to access the site this morning, with the majority of them detailing problems using the desktop version specifically.

Thousands of reports piled in from the United States and the UK starting around 8:30 a.m. (ET).

When trying to access the site through a desktop users were greeted with a notice the reads ‘Our CDN was unable to reach our servers.’

Users across the world are reporting problems with accessing Reddit on desktop, continuing a wave of outages that have affected major sites throughout the summer

Interestingly, users on mobile devices continued to report some — albeit limited — functionality.

DailyMail.com has reached out to the site for more information.

A wave of outages has affected major sites throughout the summer including problems at Instagram and Facebook earlier this month that brought the platforms to a grinding halt.

Instagram in particular has been hit with multiple issues throughout the last several months including outages in May, June, and the latest in July. 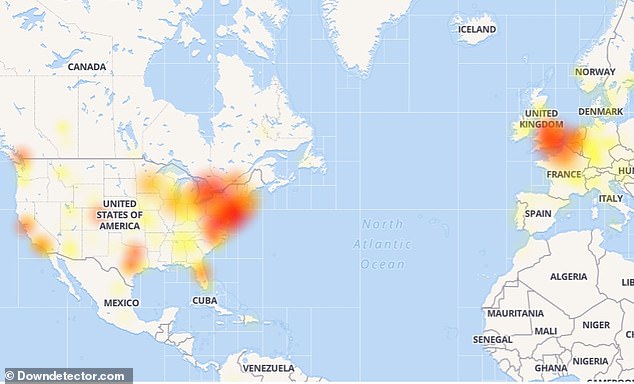 Thousands of reports piled in from the United States and the UK since around 8:30 a.m. (ET) 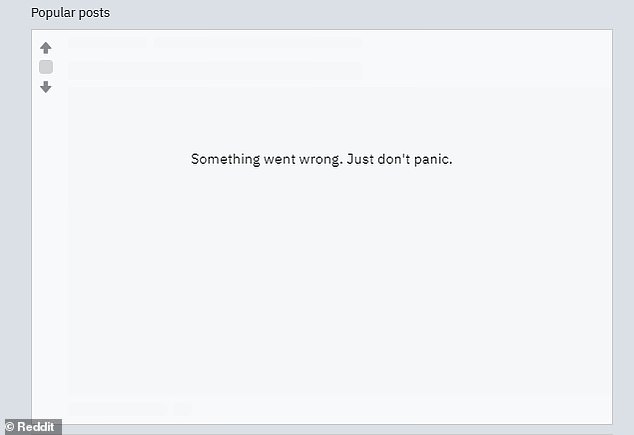 When trying to access the site through a desktop users were greeted with a notice the reads ‘Our CDN was unable to reach our servers.’ The site also tells users ‘don’t panic’

Facebook said that the outage was a side-effect of ‘routine maintenance.’

In June Google Calendar users were also left scrambling after being presented with a 404 error.

The outage, which was notable given many people’s reliance on Google Calendar to organize their schedules, lasted for several hours.

WHAT CAUSED FACEBOOK’S LARGEST EVER OUTAGE?

On March 14, 2019, Facebook experienced the largest outage in the social network’s history.

There are a number of explanations as to why problems with Facebook’s own hardware could have caused the outage.

The firm’s claims of a ‘database overload’ on its network of servers could be caused by a range of internal complications.

The 500 ‘internal server error’ messages detected by internet network analysts can be prompted to a variety of snags.

With a network of servers – the computers that relay traffic to and from the firm’s apps and their users – as large as Facebook, complications are bound to arise.

Planned maintenance of the software databases used to ferry this internet traffic, as well as the hardware they are stored on, can lead to scheduled downtime.

In this case, the outage clearly caught the company by surprise, which would explain why it took them so long to bring their apps back online.

Facebook has so far remained tight-lipped over the exact cause of the ‘database overload’.

Potential explanations include updates to the network’s infrastructure that led to unintended consequences.

Another theory put forward suggests that an internet service provider (ISP) in Europe misdirected traffic from Facebook and this problem then spread across the internet.

A useful analogy to explain this explanation is a motorway’s worth of cars being sent down a cul-de-sac due to an incorrect road signal.

The mass failure of components, which includes hard drive storage or power supplies, could also explain the outage, but this would seem unlikely.