Reddit user claims to be the Austin serial bomber

An anonymous Reddit user has claimed to be the Austin serial bomber in a series of posts that raised both alarm and suspicions of a hoax.

The user going by the name ‘austinbomber’ made the claims in a series of Reddit posts on Tuesday, but offered nothing in the way of proof before the account was quickly removed.

‘I am doing this simply because I want watch the world to burn,’ the person claimed, going on to compare themselves to the Zodiac Killer, a notorious serial killer in California who was never captured.

It comes after six package bombs have rocked Austin, Texas in a string of deadly attacks. Early Tuesday, a fifth explosion occurred and a sixth undetonated package bomb was found in two FedEx sorting facilities, and were confirmed to be linked to the prior attacks.

A police officer stops a vehicle at a check point in front of a FedEx distribution center where a package exploded on Tuesday. Someone claiming to be the bomber posted on Reddit

Austin police said they were aware of the Reddit posts and are investigating them.

‘Could you stop me? Probably not,’ the person wrote.

‘You can try to talk some sense into me if you’d like to try. Right now I’m trying to open an dialogue with the police but they haven’t responded yet,’ the person said, adding that they had sent an email to police but hadn’t received a response.

‘I’ll be done with this when I become as prolific as the Zodiac Killer,’ the person wrote. The Zodiac had five confirmed murder victims in the 1960s and 70s, but claimed to have killed as many as 37.

The package bombs in Austin have claimed two lives and injured several.

The Reddit comments came in an ‘Ask me anything’ thread in which the person claiming to be the bomber took questions from strangers.

One user asked about the shipping destination of the package that exploded in a San Antonio handling facility early Tuesday, injuring one worker.

The person claiming to be the bomber replied it ‘may have been on its way to a very prolific radio talk show host who happens to live in Austin’ – an apparent reference to the right-wing radio host Alex Jones. 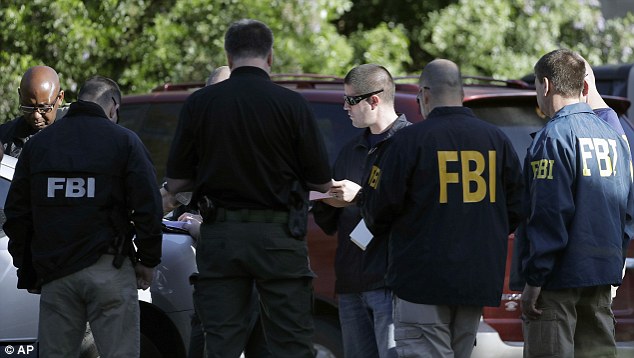 Hundreds of federal agents have joined local law enforcement in Austin to seek out the serial bomber. If the anonymous posts are a hoax, police will likely come down hard on the hoaxer

The questioner also asked for specifics about the design of the fourth bomb, which was triggered by a tripwire and injured two men on Sunday.

‘The tripwire was basic fishing line and was anchored with a simple wooden dowel approximately two or three inches off of the ground – something I could easily and quickly set up and escape from without killing myself,’ the person claiming to be the bomber wrote.

Hundreds of federal agents have joined local law enforcement in Austin to seek out the serial bomber.

If the anonymous posts are a hoax, police will likely come down hard on the perpetrator for wasting police time and resources in the massive manhunt.