If you are a developer working with big data and looking for data storage solutions, then it is more than likely that you have faced the ‘Redis vs MongoDB’ discourse at some point or the other. While MongoDB is one of the best NoSQL databases in the market today, supplementing it with Redis will provide the massive storage capacity of MongoDB along with Redis’ rapid and real-time data processing abilities. No doubt, having a Redis or MongoDB certification is quite beneficial given the demand.

Both Redis and MongoDB are excellent options when it comes to choosing a storage solution. However, what you should keep in mind while comparing the two is that projects and their needs differ. And, your choice will eventually depend on the project at hand. So, here is a detailed comparison of the two to help you figure out which one is ideal for your projects.

Redis is an in-memory key-value data store that can be used as a database, message broker, cache, and queue. It is open-source with a BSD license and was originally developed by Salvatore Sanfilippo who was attempting to revamp his Italian startup’s scalability. Redis provides various data structures that include hashes, strings, lists, sets, bitmaps, sorted sets with range queries, geospatial indexes, HyperLogLog, and streams.

In contrast to other databases that use disk or SSDs to store data, the data in Redis is located in-memory. Hence, Redis eliminates the requirement of accessing disks resulting in minimum or no delay in seek time and faster accession of data. With flexible and robust data structures, in-built replication, transactions, Lua scripting, cluster support, and on-disk persistence, Redis is the no. 1 choice enabling the easy building of real-time applications in Ad-Tech, gaming, healthcare, financial services, and IoT.

MongoDB is a document-oriented and NoSQL database that can be used for the storage of massive volumes of data. While traditional relational databases utilize rows and columns, the MongoDB architecture includes documents and collections. Notably, collections are the equivalent of tables in relational databases. On the other hand, documents contain key-value pairs which also constitute the fundamental unit of data in MongoDB.

MongoDB stores the data in JSON-like documents which impart flexibility, making it possible to alter the data structure over time. In addition, this document model will map to the objects in the user’s application code, making it way easier to work with data. Moreover, indexing, ad hoc queries, and real-time aggregation offer robust ways for data access and analysis. Supporting different forms of data, MongoDB is ideal for data processing jobs and big data applications involving data that does not fit into the rigid model of relational databases. 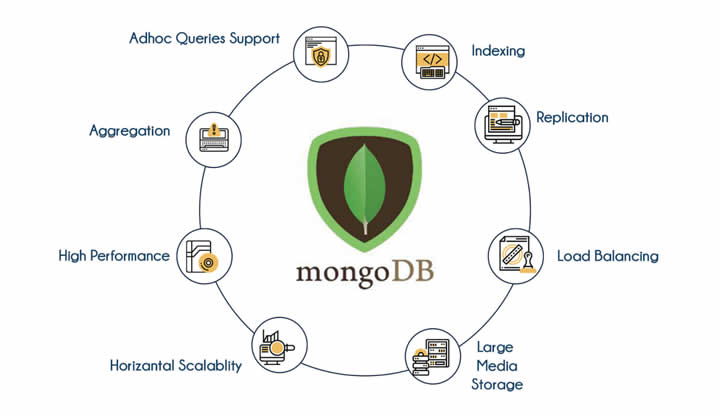 A project where using Redis might be the best choice may not fare well if you try to employ MongoDB or vice-versa. Which one you go for will depend on the specific needs of your project. Generally speaking, either of them is ideal in scenarios where a relational database fails due to low scalability, inadequate readability with respect to data representation, and difficulty of use.

So, before you decide to sign up for a Redis or MongoDB certification course, check out these differences between the two to get a clear picture of what each has to offer.

Redis performs quite well for reads. With an increase in workload, it fares well for writes as well. On the other hand, MongoDB is better at writes compared to Redis. However, MongoDB gets CPU-bound pretty early compared to Redis and gets less done than Redis despite saturating all the cores. Further, Redis uses up a lot more RAM to store non-trivial datasets compared to MongoDB.

Redis stores data in-memory by utilizing different key values. It works well with fast-changing data but the in-memory storage feature limits the database size. In contrast, MongoDB is document-oriented where each heterogeneous document has a discrete key within a collection. It is preferred over Redis for modeling and structuring related information.

The internal architecture of Redis comprises fragmented elements that result in more processing time. On the contrary, MongoDB is faster owing to its simplicity of structure and use.

Redis is located on the user’s specific cluster, server, or cloud storage. On the other hand, MongoDB supports the installation and setup of both servers and cloud storage.

When it comes to community support, Redis users can use #redis or the mailing list on Freenode. Besides, RedisLabs gives all commercial managed support including backups, e-mail alerts, SSL, etc. MongoDB is available at ServerFault, StackOverflow, Freenode IRC chat, and Community Support Forum. The company also provides 24×7 enterprise support with access to fixes and security updates.

Redis’ approach is specific, making the learning curve much steeper than MongoDB. However, it offers more flexibility when compared to MongoDB. In comparison, MongoDB has a shorter learning curve, is simple, and easy to use.

Redis is ideal for caching. With Redis, users can build advanced data structures as well as get access to several options for information query and storage. It is a top pick for high-speed computations, user session storage, in-app social functionality, real-time analytics, message brokering for queues, and high-speed data ingestion. In contrast, MongoDB is the apt choice for scaling since distribution on various platforms is possible. MongoDB is a great choice for the management of product catalogs and customer analytics.

For instance, there is a limitation on the Redis database size and it is tedious to deploy it in the cloud. Likewise, MongoDB is devoid of the abilities of relational databases and lags behind in terms of straightforward and fast processing. However, considering Redis vs MongoDB, the answer to which one is better depends solely on the individual needs of applications and the capabilities of the project development team.