Nan Drummond passed away last week at the age of 74 after battling cancer.

The news of her passing was shared by daughter-in-law Ree Drummond, who many know as The Pioneer Woman from her popular Food Network program.

Ree shared the news on her social media accounts as well as her website while paying tribute to the mother, wife, grandmother and friend.

‘Some of you may have seen my post on Facebook/Instagram Friday, but I wanted to post here as well that my beautiful mother-in-law Nan died last week,’ said Drummond.

‘It’s a difficult loss for our family, as she was such a rock for all of us. We all had some time to prepare for this, though I’ve found over the course of the past few days that nothing really prepares you for losing someone who is so much a part of the fabric of your family’s daily life.’

Beloved: Nan Drummond passed away last week at the age of 74 after battling cancer 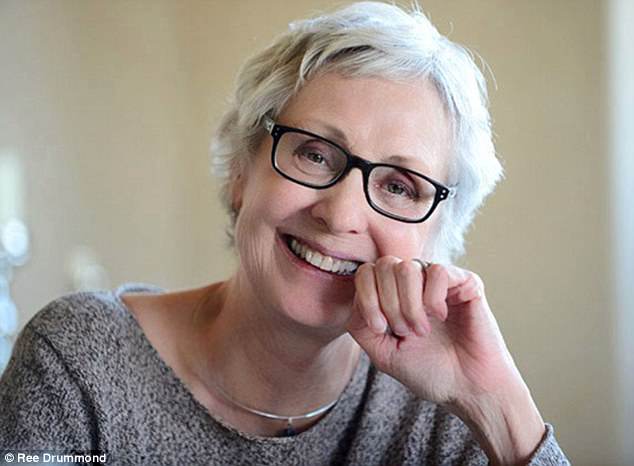 One-of-a-kind: Her daughter-in-law Ree paid tribute to her in posts on her blog and social media

She had previously revealed that Nan entered hospice on Mother’s Day, noting how difficult it had been for the family.

‘Ladd and I (and the whole family) are experiencing the pain of having a loved one in hospice care with cancer. The hard news and hospice came on Mother’s Day, just as we were entering what was otherwise one of the happiest weeks in the Drummond family, with both Caleb and Paige graduating,’ wrote Ree.

‘It’s been a constant flow (and undefinable mix) of emotions and tears—I haven’t been able to discern where the graduation tears start and the hospice tears stop.’

Ree also wrote that she sees a little bit of Nan in each of her children and husband Ladd in her tribute to the woman with whom she shared a ranch.

‘Fortunately, we have a deep well of memories on which to draw. Nan was always there, ever-present, over the course of my life with Ladd—and my kids hardly saw any dividing line between our house and hers, they were in and out so much,’ said Ree’

‘She was a quiet, steady force and lived a faith-filled life. She loved her family.’

The Drummond, which Ree married in to, are one of the biggest landowners in the country. 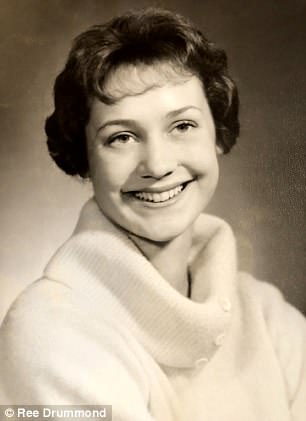 ‘She was a quiet, steady force and lived a faith-filled life. She loved her family,’ wrote Ree

In its annual list of America’s 100 largest landowners, The Land Report revealed that as of 2016 the Drummond Family owns an astonishing 433,000 acres of property.

Drummond, her husband Ladd and their four teenage children make their home just two hours down the road from Oklahoma City in Pawhuska, which is where her husband Ladd’s family put down roots four generations ago.

Ladd is now a key player at Drummond Land & Cattle Co, the notoriously private family-held company that Frederick Drummond started after arriving in this country from Scotland in the late 19th century.

In addition to the money they bring in from their cattle and horse endeavors, Drummond Land also manages to clean up thanks to one deep-pocketed tenant – the US government.

DailyMail.com obtained records revealing that since December 2006, the Bureau of Land Management has given Drummond Land & Cattle Co $23.9 million.

These contracts are awarded to the family to keep wild horses and burros on their massive property, with government records stating that they need the land to ‘support animal protection.’ 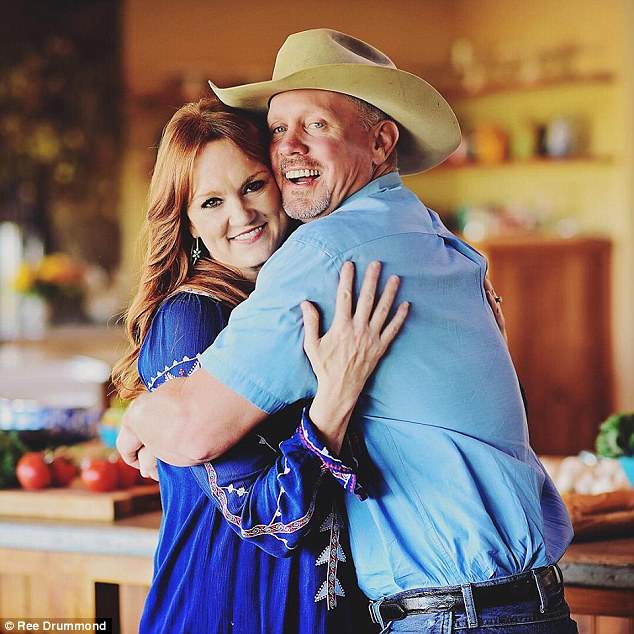 Country road: Ree married into the Drummond family when she wed Nan’s son Ladd, with the family one of the largest landowners in the country

That most recent contract in June was awarded after the Bureau of Land received 24 offers states a copy of the agreement, which will expire on December 31 of this year.

Government records state that Drummond Land & Cattle Co is a four-person organization that brings in $2.5 million a year.

In her popular Food Network show and on her blog and in her memoir as well as her cookbooks and new magazine, Drummond speaks about her love for horses and frequently shares images of the animals on the ranch.

The Drummonds’ total property extends over 675 square miles of land, which is over half the size of Rhode Island and would be the seventh largest city in total area in the United States, just behind Butte (716 sq. miles) and ahead of Oklahoma City (606 sq. miles).

It was on the single parcel of land that Pioneer Woman was born after Drummond found herself with a single afternoon to herself a decade ago and decided to start a blog.