Jacob Rees-Mogg has warned accepting the EU’s demands for the Brexit transition would mean rules being imposed on Britain for the first time since the Norman conquest in 1066.

The Tory darling said the Government must negotiate harder to weaken Brussels’ demands to impose all current and future EU rules for around two years.

EU negotiator Michel Barnier yesterday spelt out his terms for a ‘stand still’ transition period that would mean everything essentially stays the same from the date of Brexit on March 29, 2019, until December 31, 2020.

The intention of both sides is to have a final settlement ready for the end of the period but no negotiations have started on what that would look like.

Mr Rees-Mogg, the newly elected chairman of the influential Conservative European Research Group, said elements of the EU position were ‘very difficult’ for the UK.

Outlining his complaints, he told the BBC World Tonight: ‘Free movement has to continue, the date for applying the rights of citizens will be the end of the transition period rather than the 29 March 2019, we will be subject to the European Court of Justice and perhaps the biggest risk is the ability of the EU to make new laws in the interim period.

‘The whole point is we are no longer members. We are leaving.’

He added: ‘This will be the first time since the Norman Conquest the UK has accepted rules imposed by a foreign power without having any say over them.

Mr Rees-Mogg said a transition to an unspecified settlement is a ‘plank rather than a bridge’ and warned there must be a date for when the interim period ends.

He added: ‘The Government needs to set out what it wants and when it wants it.

‘The truth is to govern is to choose and the Government has to make choices. Inevitably in making those choices, it will find some people aren’t in favour of every choice that it makes.’ 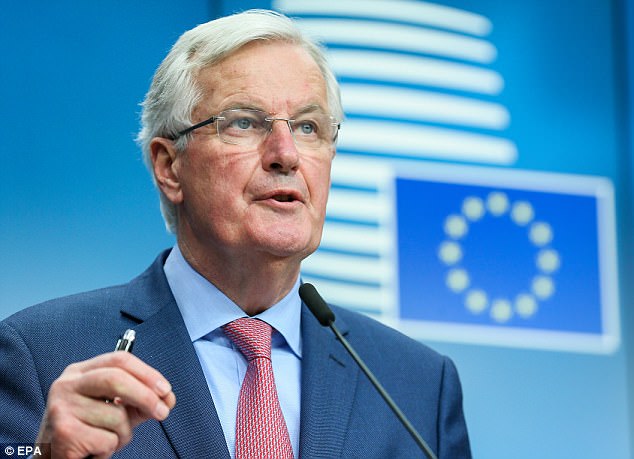 In a separate Sky News interview this morning, Mr Rees-Mogg renewed his criticism of Philip Hammond.

He said: ‘I am fully backing the Prime Minister. My criticism is more directed at the Chancellor who has been talking about being in a customs union and a high level of regulatory alignment, which is not government policy.

‘It is not for me to say who she should have and not have.

‘As a general lesson of history when the Prime Minister and Chancellor are not getting on, that is not good for the Government.

‘It is very unhelpful Mr Hammond is freelancing and making himself a semi detached member of the Cabinet.’ 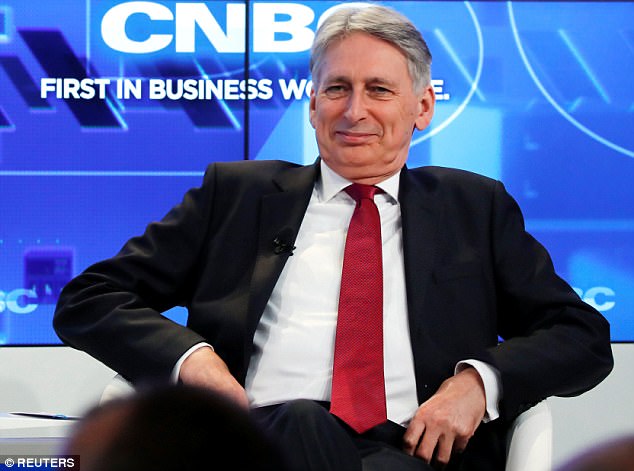 Announcing the EU’s new negotiating guidelines yesterday, Mr Barnier hailed the agreement, saying it showed Britain would not be able to treat the single market as an ‘a la carte’ banquet.

‘It will continue to have all the economic benefits, therefore it must also apply all the EU rules. The single market cannot be a la carte.’

Downing Street said the new guidelines were ‘well aligned’ with the UK position set out by Mrs May in her speech in Florence last year, though her official spokesman added: ‘There will naturally be some distance in the detail of our starting positions.’