Reese Witherspoon and Jennifer Aniston were seen appearing at a photocall for The Morning Show at the Four Seasons Hotel in Beverly Hills on Friday.

The performers were seen flashing wide smiles while posing for several photos, and at one point, they were seen taking a picture with the program’s executive producer, Michael Ellenberg.

The second season of the drama show is currently set to premiere on the Apple TV+ streaming service in the near future.

Two of a kind: Reese Witherspoon and Jennifer Aniston were seen attending a photocall for The Morning Show at the Four Seasons Hotel in Beverly Hills

Witherspoon wore a lovely orange-red jacket that fell to just above her kneecaps.

The 45-year-old actress complemented the lighter shade of her outfit with a dark brown belt that was worn around her waist.

The Election actress also wore a pair of near-matching high-heeled shoes as she posed with her castmate.

Her beautiful blonde locks fell onto her right shoulder and back in the snaps.

Dressed to impress: The Election actress wore a long red-orange dress that fell to just above her kneecaps. She beautifully contrasted her outerwear with a dark brown belt and near-matching high-heeled shoes

Aniston wore a slightly ruffled black sleeveless top that showed off her chiseled arms while she spent time with Witherspoon.

The actress, 52, also wore pairs of slim-fitting pants and high-heeled shoes that matched her eye-catching tops.

She added a bit of shine to her outfit with a beaded necklace and a single gold bracelet.

Her dark blonde hair fell onto her shoulders and contrasted perfectly with her monotone outfit. 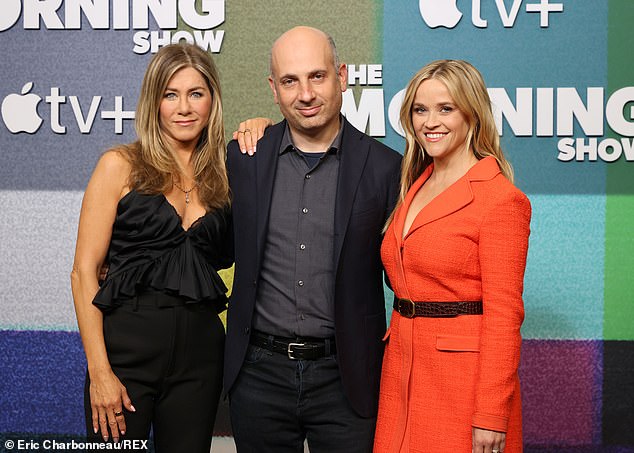 Keeping it consistent: Aniston sported an all-black outfit that was perfectly contrasted by the lovely blonde shade of her hair

The Morning Show initially made its debut on the streaming service in 2019, when its first season was released.

The series is based on the 2013 book Top of the Morning: Inside the Cutthroat World of Morning TV, which was written by Brian Stelter.

Its plot is centered around the relationship between two news anchors, portrayed by Witherspoon and Aniston, whose professional careers are greatly affected by a scandal involving one of their longtime coworkers.

In addition to the pair, who serve as executive producers on the project, numerous other performers appear in the program, including Steve Carell, Bel Powley and Mark Duplass. 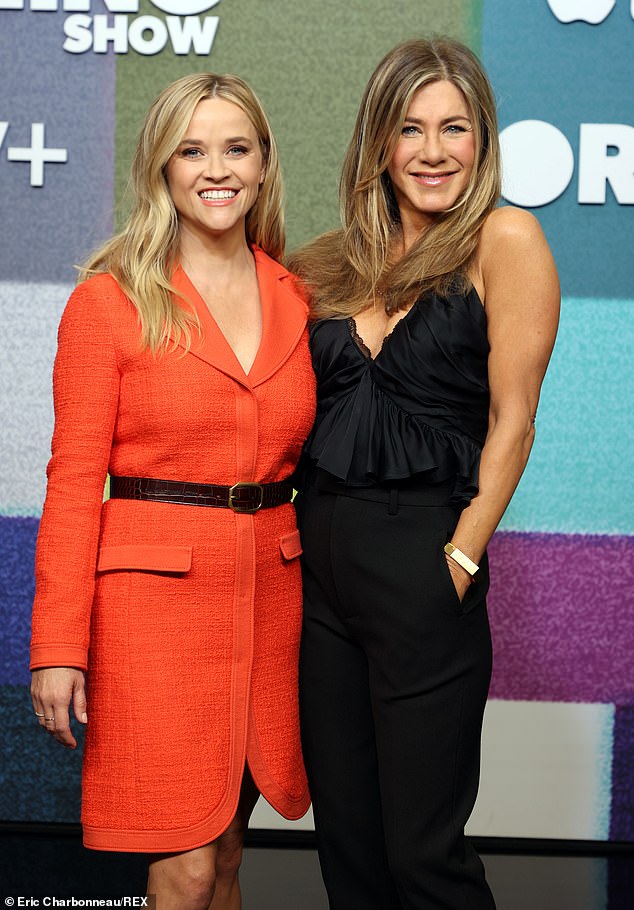 Going strong: The Morning Show initially made its debut in 2019 and its second season is set to arrive in the near future

The first season of the program was met with generally positive reviews from critics, many of whom praised the performances of its cast.

Several other performers were added prior to the start of production on the second season, including Julianna Margulies and Hasan Minhaj.

Principal photography on the new run of episodes began last winter, and after production was temporarily shut down due to the onset of the global pandemic, it later resumed and concluded this past May.

The second season of The Morning Show is currently scheduled to make its debut on Apple TV+ on September 17th. 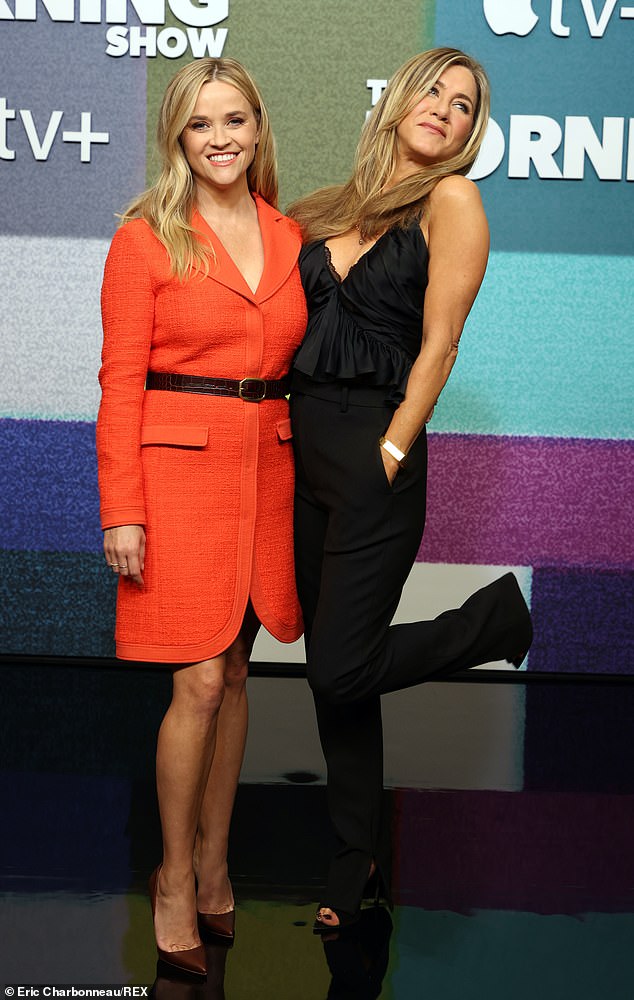 Adding more: Several new performers will be featured in the second season of the program, including Hasan Minhaj and Julianna Margulies