Reese Witherspoon, 45, shares a throwback photo from 1987 as she says ‘life is good’… after being named a guest on the Friends: Reunion

In the photo, which the 45-year-old performer noted was taken in 1987, she was pictured sitting on a set of steps while smiling for the camera. The Election actress also wrote a message in the post’s caption where she gave her 25.5million followers a bit of insight.

This comes after the actress was named a guest star on the highly anticipated Friends: Reunion with her pal Jennifer Aniston. Reese played the younger sister to Aniston’s Rachel Green character. 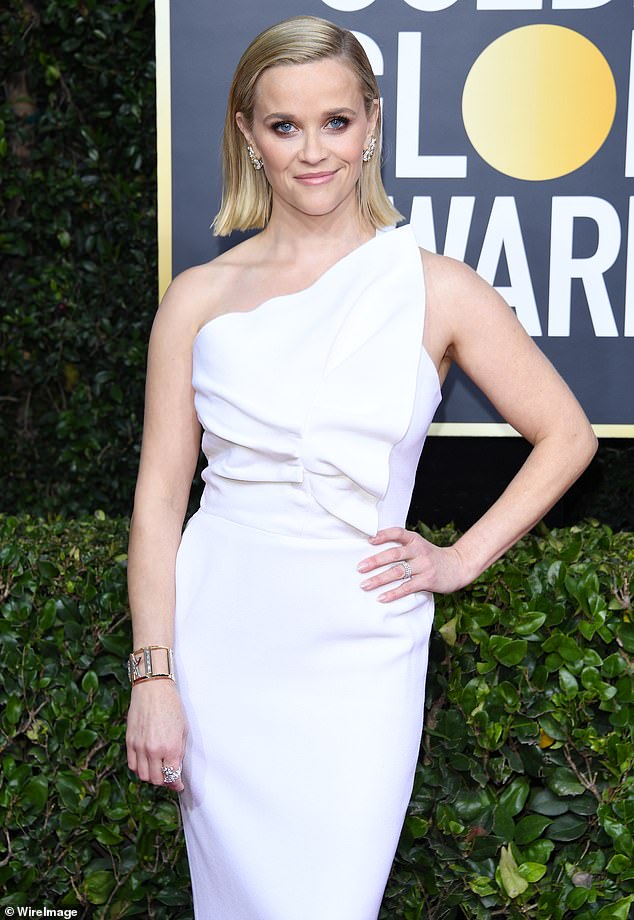 All grown up: The actress also included a brief message in her post’s caption to her her followers know what was on her mind when the photo was taken; she is pictured at the 77th Annual Golden Globe Awards in 2020

The show premieres on May 27 on HBO Max.

In the new post, Reese said, ‘POV: it’s 1987. You got your cool new Benetton sweater. You memorized all the words to “Heaven is a Place on Earth” by Belinda Carlyle. Gonna go to a roller skating birthday party this weekend and play Dragon Slayer at the arcade. Eat Whatchamacallits and drink Cherry Cokes. LIFE IS GOOD,’ she wrote.

Several of her pals left messages in the comments section, with Julianna Margulies referring to her friend as ‘adorable’ and Kate Hudson writing, ‘Are you kidding me rn.’

Witherspoon has made a habit of sharing throwback photos to her Instagram account in the past few months, much to the excitement of her followers. 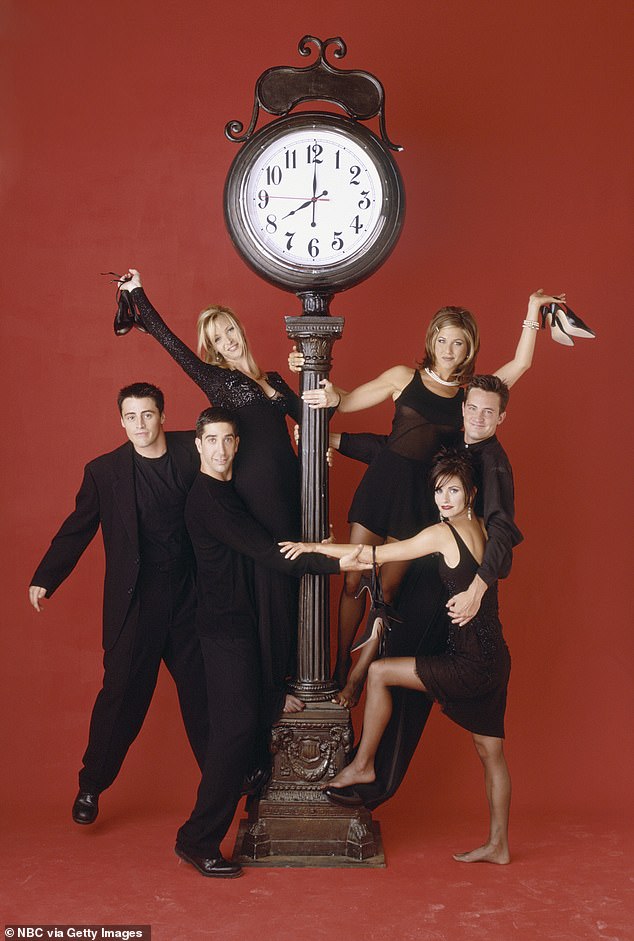 Back with her Friends: This comes after the actress was named a guest star on the highly anticipated Friends: Reunion with her pal Jennifer Aniston (seen top right). Reese played the younger sister to Aniston’s Rachel Green character 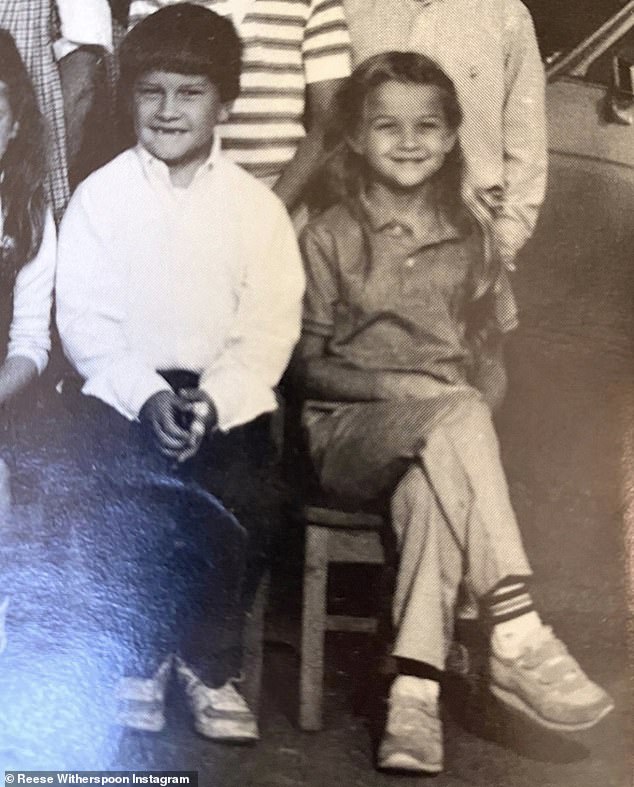 Keeping it going: The performer has made a habit of sharing throwback photos to her Instagram account, and posted a shot that was taken when she was seven years old earlier this month

Earlier this month, the actress shared a shot of her sitting with a group of her classmates during a class photoshoot, where she was seated in front of all of her fellow students.

The performer wrote a brief message in the post’s caption that read: ‘Even at 7, she had a plan.’

In March, she also posted an image showing her in a Girl Scout’s uniform to her account and wrote that she had sold the most cookies for her troop.

Witherspoon was born in New Orleans, Louisiana, although she was later raised in Nashville, Tennessee. 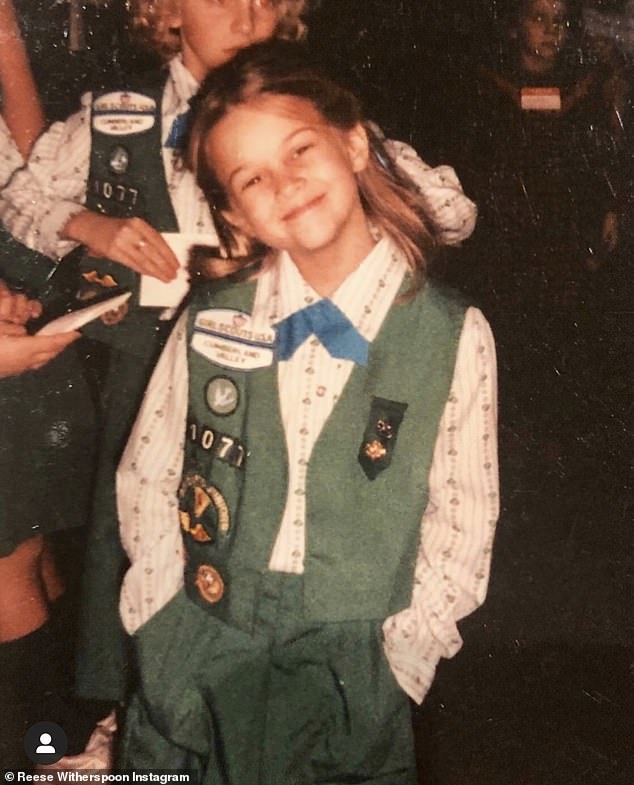 Happy camper: In March, Witherspoon posted a shot of herself from when she was involved with the Girl Scouts

She was selected to appear in a local advertisement at a very early age, which spurred her to begin taking acting classes.

The performer went on to study English literature during a brief stint at Stanford University, although she later gave up her studies in favor of starting a career in the entertainment industry.

Witherspoon later took her first leading role in the 1991 coming-of-age film The Man In The Moon, where she portrayed a 14-year-old girl who gradually falls in love with her neighbor. 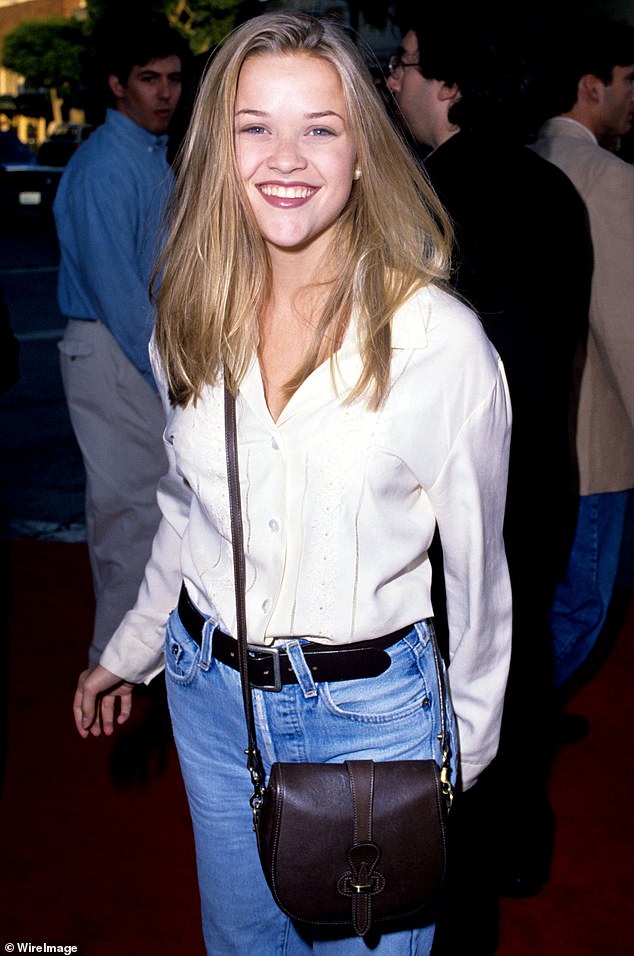 Big dreams: Although the actress initially attended Stanford University, she later dropped out of the institution to pursue a career in the entertainment industry; she is seen at the 1994 premiere of True Lies

The feature was released to positive critical reception, with several reviewers pointing to the actress’ performance as one of the project’s highlights.

She later went on to appear in supporting roles in various films throughout the 1990s and took on notable parts in movies such as Pleasantville and Best Laid Plans.

Although she quickly encountered success in her acting efforts, Witherspoon became concerned about being typecast, and her career went into a slight slump, from which she later recovered. 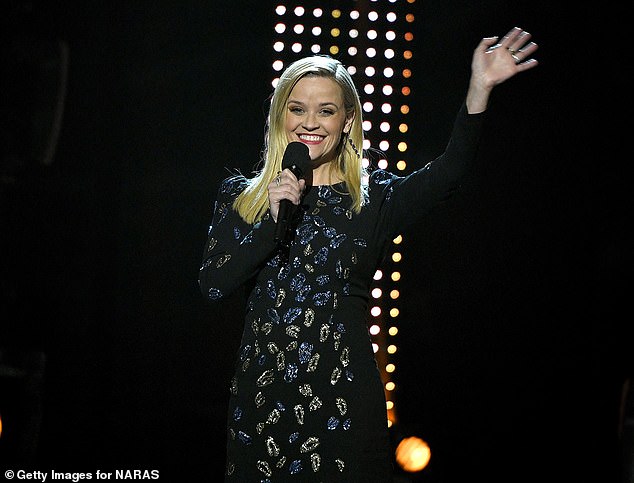 Moving on: Witherspoon eventually encountered difficulties in her career due to typecasting, although she later took on roles that brought her much critical acclaim; she is pictured in 2019