Big Little Lies fans the world over rejoiced when it was confirmed there would be a second season.

And Reese Witherspoon whet fans’ appetites for the upcoming series by sharing a sneaky peek of her on set with co-star Laura Dern on Monday.

The Hollywood actresses, who play wealthy mothers Madeline Mackenzie and Renata Klein in the hit show, were pictured sitting outside their favourite hang-out, the Seaside Coffee Shop.

‘Watch out Monterey!’ Reese Witherspoon whet fans’ appetites for the upcoming series of Big Little Lies by sharing a sneaky peek of her on set with co-star Laura Dern on Monday

‘Watch out Monterey, here we come! #BLL2,’ Reese captioned the snap, which showed the two stars looking very much in the mindset of their tenacious characters.

Reese looked gorgeous in an A-line dress, which boasted a blue crosshatch print, and a chic navy cardigan, a preppy outfit that you would certainly expect to find in the wardrobe of protagonist Madeline.

The cast resumed filming earlier this month, with Reese opening up about her scenes opposite Meryl Streep during her recent appearance on Lorraine. They’re back! Nicole Kidman [L] and Shailene Woodley [C] will also reprise their roles as Celeste Wright and Jane Chapman

She confessed: ‘I got to rehearse with her (Meryl) last week it was really overwhelming. I think we are all nervous in front of her but after working with Oprah [Winfrey] I’m not nervous.’

Kidman and Witherspoon are both executive producers on the show, which also stars Shailene Woodley, Adam Scott, Zoë Kravitz. 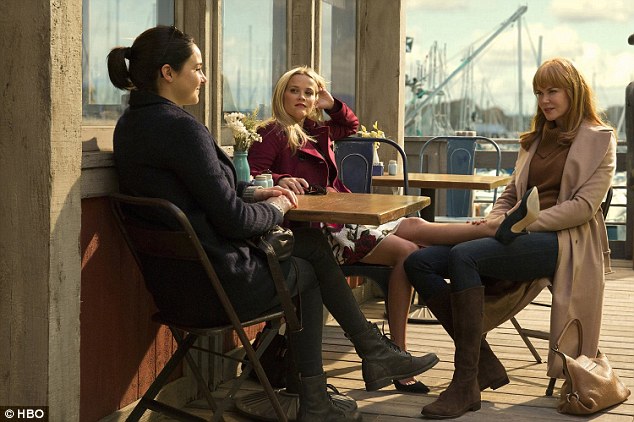 Secret plot: The storyline for season 2 is being kept well under wraps, though HBO have teased that ‘relationships will fray’ and ‘loyalties will erode’

Speaking about the strong female involvement in the show, Reese gushed to Lorraine: ‘Nicole  and I kept turning to each other and be like – I never got to be in a movie with another woman or a TV show or have substantive storylines with multiple different women.’

While the storyline behind the second season has been kept well under wraps, HBO have teased of the next series: ‘The subversive, darkly comedic drama Big Little Lies will explore the malignancy of lies, the durability of friendships, the fragility of marriage and, of course, the vicious ferocity of sound parenting.

‘Relationships will fray, loyalties will erode… the potential for emotional and bodily injury shall loom.’ 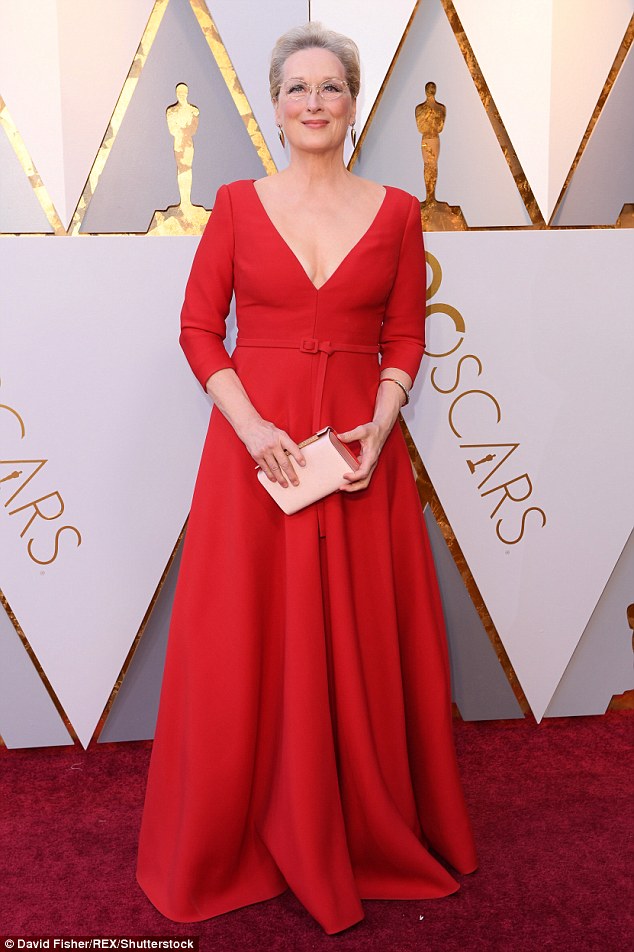