The mother of Reeva Steenkamp revealed how ‘she shook with anger’ at news of BBC’s Oscar Pistorius documentary after Paralympian shot her daughter dead in cold blood.

June Steenkamp said the documentary trailer didn’t mention Reeva’s name which compounds the grief of the Pistorius killing her daughter, making her an ‘anonymous victim’.

Critics berated the BBC for failing to mention Reeva Steenkamp’s name and said the trailer, which has since been deleted from platforms, was ‘erasing’ her memory.

June Steenkamp, the mother of Reeva Steenkamp, said she she ‘shook with anger’ when she learned that the trailer for the four-part documentary didn’t mention her daughter’s name as it reduces her to an ‘anonymous victim’ 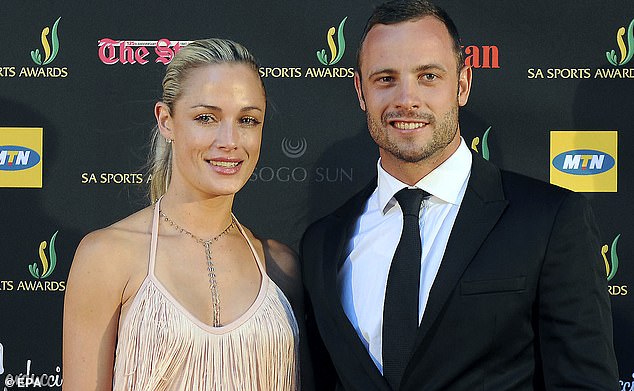 In an article for the Telegraph, June wrote that she ‘shook with anger’ when she learned that the trailer for the four-part documentary about Pistorius’s life didn’t refer to Reeva by name.

I shook with anger when I heard the news,’ she wrote. ‘Where was the respect for Reeva, a talented, brave compassionate woman whose life Pistorius snuffed out in its prime?’

The BBC have issued an apology and the trailer has been withdrawn.

The documentary’s director, Daniel Gordon, also apologised to June for the trauma the trailer had caused. 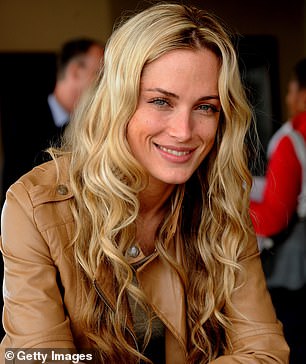 Reeva Steenkamp, a 29-year-old model and law graduate who was famous in her own right in South Africa, is pictured but not named in the trailer

Oscar Pistorius, 33, had his conviction for killing Steenkamp upheld by South Africa’s highest court in 2018 and is serving a 13-year prison sentence for her murder.

Steenkamp, a 29-year-old model and law graduate who was famous in her own right in South Africa, is pictured but not named in the trailer.

However, June said that her grief is ‘compounded’ by the way Pistorius’ achievements as a Paralympian sprinter ‘would continue to be glorified, while Reeva was reduced to an anonymous victim’.

She wrote: ‘Once again, the spotlight is focused on a man who, for all his public show of tears in the witness box at his trial, has never shown enough respect for my daughter’s memory to admit to murdering her in cold blood.

‘This entire sorry saga has again forced us to watch as our daughter – a woman who was as accomplished and caring as she was beautiful, a law graduate who passionately advocated to end male violence against women – remains defined instead as a victim.’

In a statement issued by the BBC on Tuesday they said they ‘regret’ the original trailer did not feature Reeva Steenkamp.

‘We regret the original trail did not refer to Reeva Steenkamp directly. We are aware of the upset it has caused, which was never the intention. 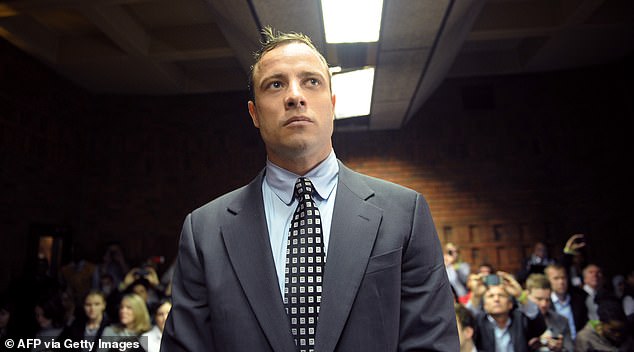 Pistorius in court in 2015, during a lengthy legal process which eventually saw him convicted for Steenkamp’s murder and jailed for more than 13 years

‘We have removed the trail and it will be replaced by something more representative of the series, which examines in detail a number of complex issues connected to her murder.’

The director of the documentary, Daniel Gordon, said gender-based violence was part of a ‘breadth of issues’ on which the film would ‘provide a lens’.

He said that Reeva Steenkamp’s parents June and Barry were approached to appear in the documentary, and declined but were updated on the progress of the documentary and a member of the Steenkamp family did participate.

Tania Koen, spokesperson of June and Barry Steenkamp, and also as their Attorney, and Acting CEO of the Reeva Rebecca Steenkamp Foundation said: ‘Notwithstanding June and Barry declining to participate, Daniel remained in touch and kept us updated of the progress and also as to when the documentary would be released.’

The documentary, The Trials of Oscar Pistorius, is due to appear on BBC iPlayer next month, more than seven-and-a-half years after Steenkamp’s death on Valentine’s Day 2013.