Had referee Carlos de Cerro Grande been able to take a second look at Nicolas Otamendi’s handball, he may not have awarded Schalke their first spot-kick.

The referee initially gave a corner when Daniel Caligiuri’s shot was deflected behind by the Manchester City defender in the 33rd minute.

It was not a clear and obvious penalty as there is a doubt over whether Otamendi deliberately handled the ball. 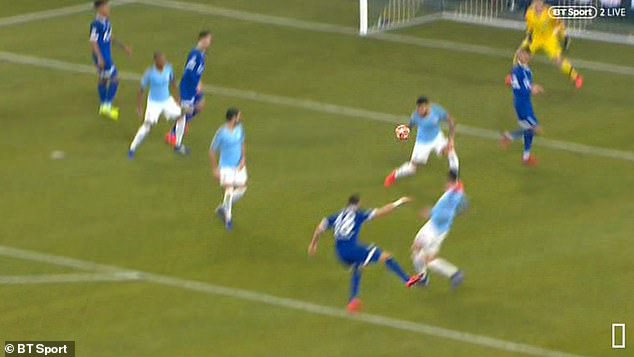 He was trying to get his arm behind his back and out of the way when the ball struck him.

Had he seen a replay, the referee may have stuck to his guns. With incidents like these, I would always urge referees to watch a real-time replay to come to the conclusion themselves — but that option was not available last night as it emerged that there was an issue with the pitchside monitor.

VAR can still be used even if the monitor has failed — the referee can still communicate via his microphone — but both clubs should have been notified immediately that he would not be able to see a replay. 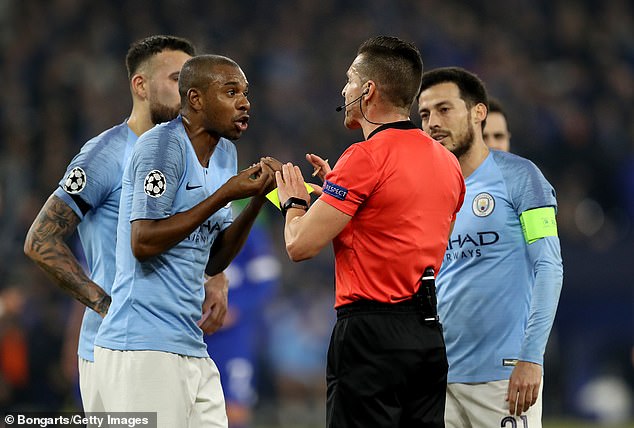 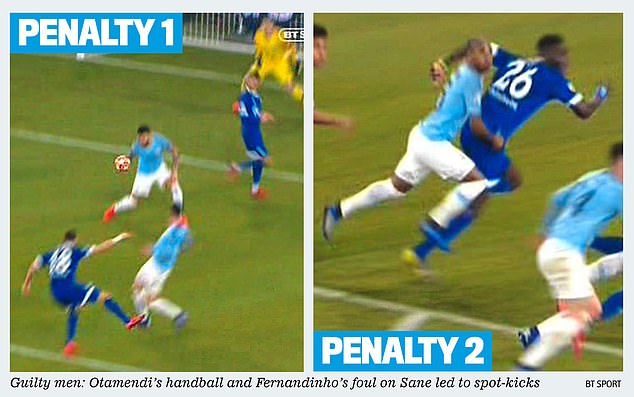 There was not an issue with Schalke’s second penalty. It was a good spot from the referee.

Fernandinho was clearly holding his opponent and while the contact began outside the area, it continued into the box.

The City midfielder can have no complaints but Pep Guardiola will be aggrieved with the first one.