These astonishing images show just how desperate migrants are to get into Europe.

They capture the moment border police found a man in his twenties squeezed behind a car dashboard, trying to enter Spain’s North African enclave of Melilla.

Officers said three vehicles were stopped in Beni-Enzar, Morocco, in the space of three hours on Saturday.

Astonishing images captured migrants squeezing into car bodywork to get into Europe. (Pictured) A man in his twenties squeezed behind a car dashboard. He was found by officers at Beni-Enzar, Morocco, trying to cross into Spain’s North African enclave, Melilla 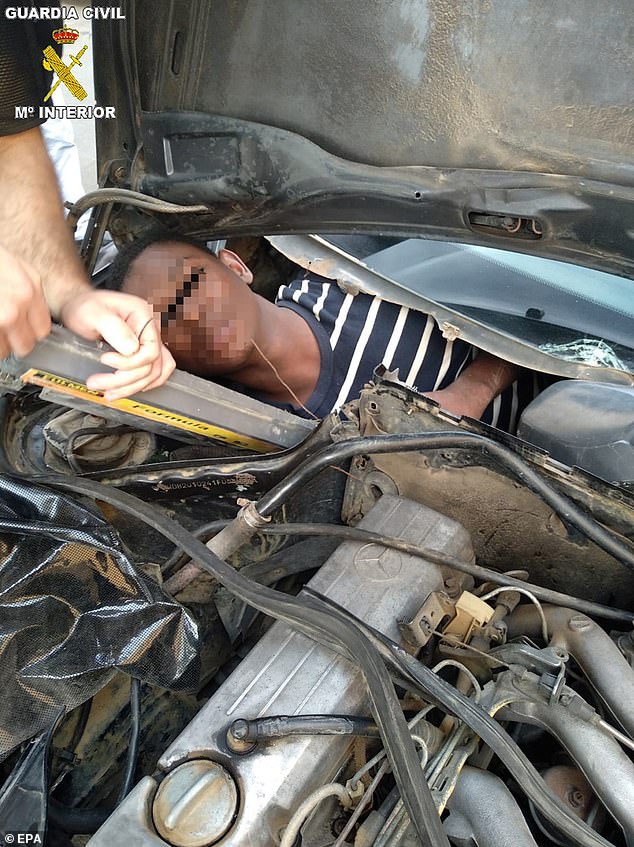 Another man was found wedged into an engine compartment. Police said they stopped three cars within three hours on Saturday

Border Police said they found another illegal migrant behind a car’s rear seats, and a fourth in a dangerous position in a dumper truck, where they were in danger of being crushed.

The migrants, including a 15-year-old girl, were rescued from their cramped surroundings and two of the men, aged 20 and 21, had to receive medical treatment.

Border police said they were showing signs of suffocation, disorientation and pain in the joints due to the ‘terrible conditions’ in which they travelled.

Three males, all Moroccan nationals and aged 19, 30 and 31, have been arrested on suspicion of people smuggling. 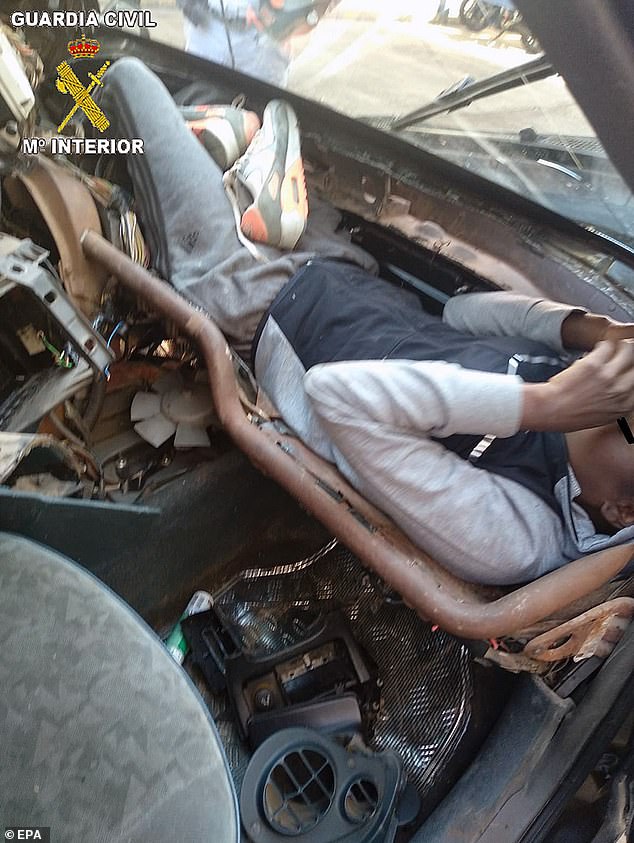 Another man was found packed into a car dashboard (Pictured). Police said two men, aged 20 and 21, needed medical treatment as they were showing signs of suffocation, disorientation and pain in the joints

They each drove Moroccan registered cars of different brands.

It follows other shocking attempts to cross into Melilla.

Two men were found sewn into mattresses in January, while a 12-year-old boy was discovered behind a dashboard in 2017.