That’s according to a study that looked at how staying active can offset physical decline associated with ageing.

Experts from Ball State University in Muncie, Indiana, studied 28 septuagenarians who have been exercising consistently since the 1970s.

The results, published in the Journal of Applied Physiology, also noted those who work-out regularly shave 30 years of their body’s ‘biological’ age compared to their peers.

Keep fit: Those who work-out regularly shave 30 years of their body’s ‘biological’ age, according to experts from Ball State University in Muncie, Indiana

Interestingly, the subjects were not athletes, but people who adopted fitness into their lifestyle during the exercise boom of the 1970s.

‘We were very interested in people who had started exercising during the running and exercise booms of the 1970s,’ Scott Trappe, professor of exercise science and the study’s senior author, said.

‘They took up exercise as a hobby.’

The scientists tested the participants’ aerobic capacities and measured the number of capillaries and enzymes in their muscles – high levels of which demonstrate muscular health. 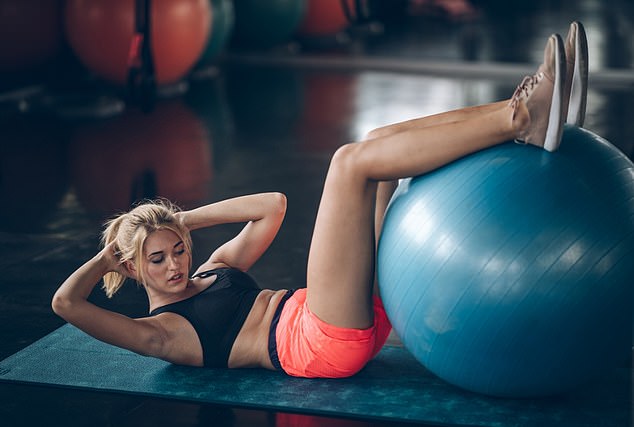 Inspired: 20-year-olds can maintain healthy muscles into old age if they exercise consistently

More than a million pensioners should be encouraged to put cream in their coffee and fry rather than grill their food, experts say.

Dr Simon Gabe, president of British Association for Parenteral and Enteral Nutrition, said: ‘The general advice for those with malnutrition or for those at risk is to maximise their food intake.

‘You can have cream in your coffee instead of milk, fry instead of grill, add butter to your scrambled eggs, give that chicken an extra brush of oil before putting it in the oven and stock up on cakes.’

‘For too long, the public have been given health messages focussed on reducing levels of obesity and while obesity is a huge problem, for the malnourished, the best thing to do is ignore these messages entirely and seek professional advice.’

Interestingly, the muscles of the older exercisers matched those of the 20-year-olds.

Similarly, they had far more capillaries and enzymes in their muscles than the inactive pensioners – meaning they had effectively staved-off the physical impact of old age.

In fact, the only difference between both active groups – young and old – was a slightly decreased aerobic potential.

But, for the fit pensioners, this was still 40 per cent higher than their sedentary peers.

Moreover, when the data was compared to national averages at different ages, the active pensioners had the cardiovascular health of people 30 years younger.

The results suggest the ageing population could ‘build a reserve’ of good health, the researchers said.

‘These people were so vigorous,’ Professor Trappe said.

‘I’m in my 50s and they certainly inspire me to stay active.’