An apple a day to keep the blues away? Eating more fruit could help reduce depression and less crisps could reduce anxiety, study claims

Eating an apple a day could help ward off the blues, if research is to be believed.

People who got up to the recommended five pieces of fruit every day were less likely to be depressed, results showed.

Meanwhile, the opposite was true for people who enjoyed snacking on crisps. No such links were found for eating vegetables, however.

The authors claimed the positive benefits of fruit could be caused by how people eat them raw.

Vital antioxidants, fibre and micronutrients important in brain functioning can be lost as part of the cooking process.

Lead author PhD student Nicola-Jayne Tuck, from Aston University in Birmingham, said: ‘It’s possible that changing what we snack on could be a really simple and easy way to improve our mental wellbeing.

Regular fruit eaters are less likely to have depression and have greater psychological well being, a study claimed today

‘Overall, it’s definitely worth trying to get into the habit of reaching for the fruit bowl.’

The study, published in the British Journal of Nutrition, used a questionnaire of 428 healthy adults aged 18 to 60.

They were all asked how many times per day they ate fruit and vegetables, ranging from never to at least five.

Participants were also asked how often they consumed sweet (like chocolate bars or doughnuts) or savoury processed snacks (like crisps).

The questionnaire also asked them to rate how happy, sad, anxious, alert, drowsy, withdrawn or hungry they were.

And they were asked questions to determine their levels of depression, anxiety and overall psychological wellbeing.

The team did not suggest how much fruit needs to be eaten to see improvements in mental health, or advise a maximum on how many crisps you should eat. 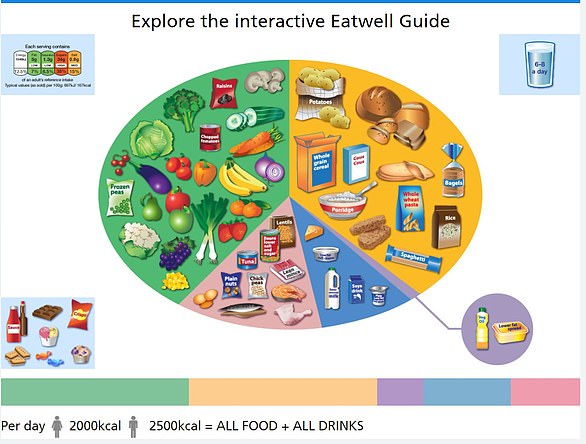