One of Australia’s most renowned relationship experts has predicted which Married At First Sight couples will stay together, and which ones are doomed.

She closely studied the first MAFS dinner party this week and analysed the couples’ body language to determine which marriages are a ‘strong match’.

Expert analysis: Relationship expert Holly Bartter has predicted which Married At First Sight couples will last, and which ones are ‘doomed’. Pictured: Hayley Vernon and David Cannon 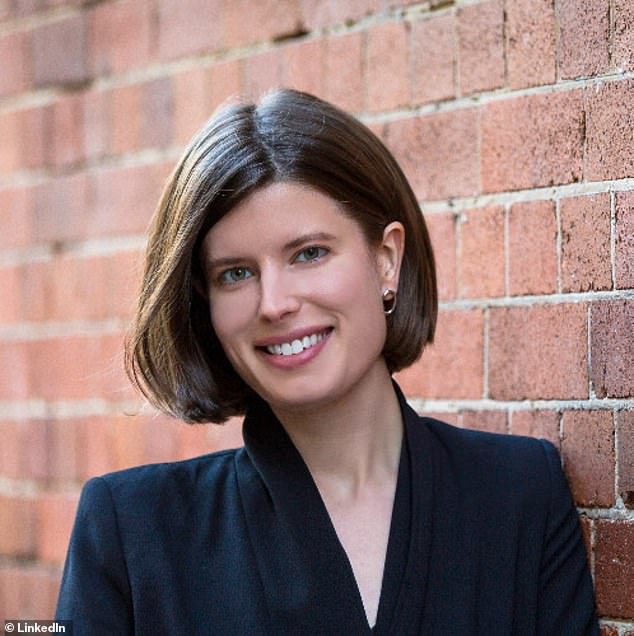 It seems their relationship is unbalanced and it was clear to everyone attending the dinner that they aren’t off to a good start.

The two negotiated before they arrived about holding hands as they entered, but that was essentially the only time they spent with any physical closeness.

Tash spent a decent portion of the night having in-depth conversations with the other wives, while Amanda felt very combative with arms crossed and a serious expression as she watched Tash from across the room.

Unless these two really take the time to show more respect to one another, it’s unlikely this couple will last. 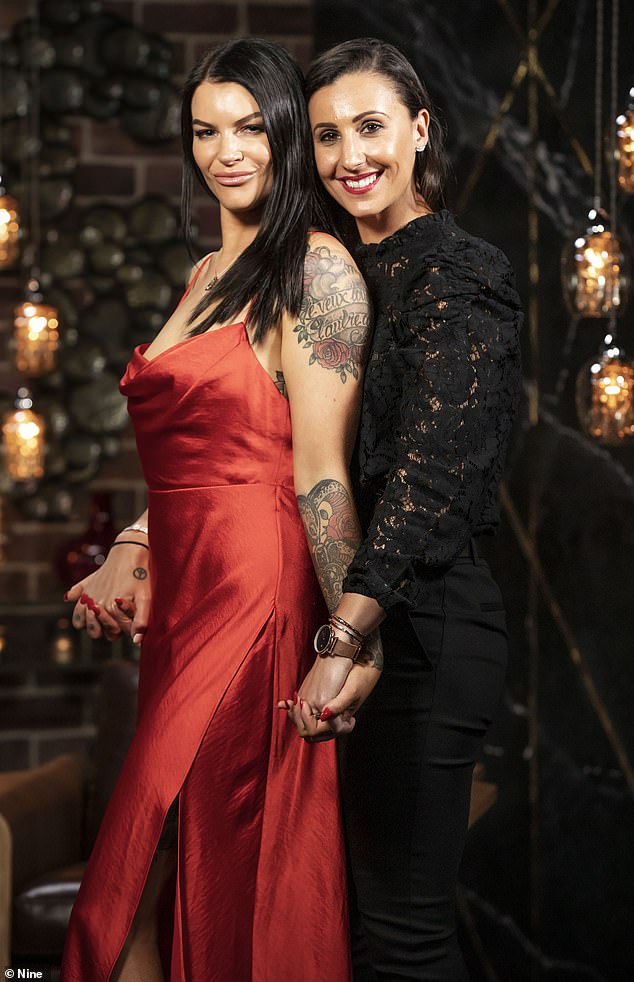 These two spent the evening apart, entering separately and we know they had been living in separate quarters pre-dinner party.

They are both very stubborn and there didn’t seem to be any genuine effort to reconcile – these two seem to need space from each other after such a short amount of time.

Although the evening felt very much about them, they didn’t make any relationship-mending progress. 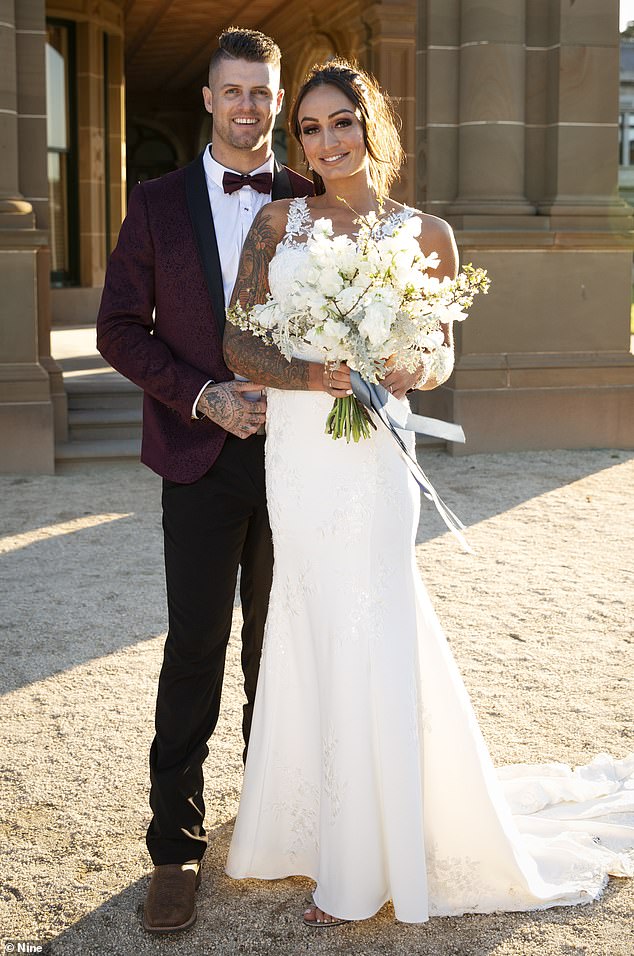 ‘They are both very stubborn and there didn’t seem to be any genuine effort to reconciling’: Holly doesn’t have high hopes for David Cannon and Hayley Vernon

The two seem friendly, but not a great deal of intimacy between them.

At the dinner party, we didn’t spot a lot of their interactions – they both were very interested in catching up with the other couples.

This doesn’t necessarily mean their relationship is doomed, but they are taking their time and not getting too serious too soon. 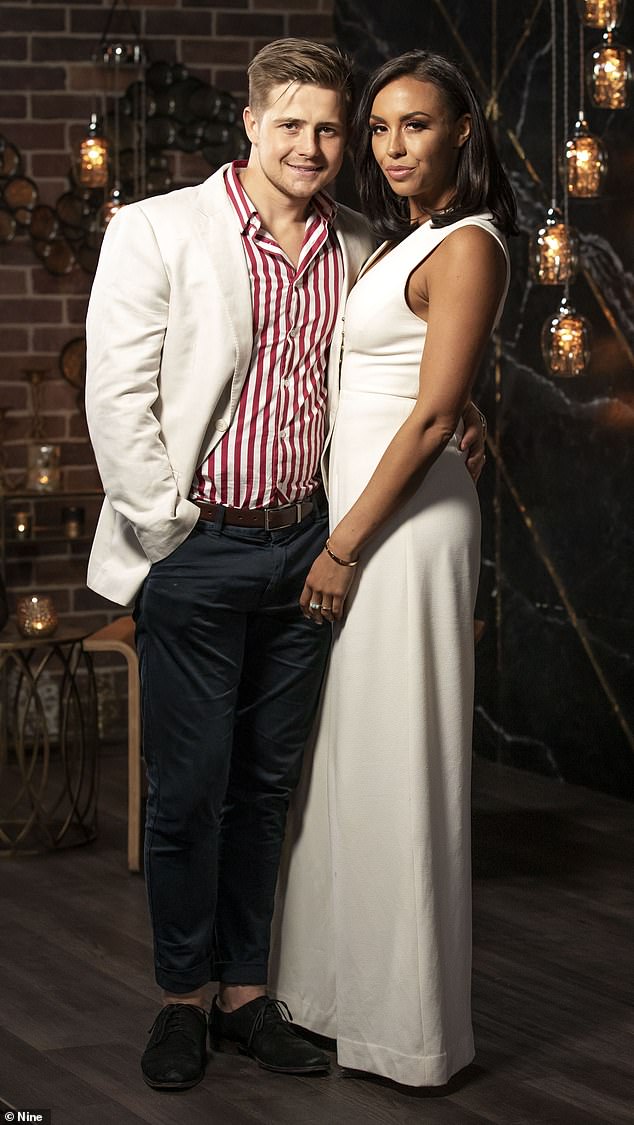 ‘The two seem friendly but not a great deal of intimacy between the two’: Holly got a friend zone vibe from Mikey Pembroke and Natasha Spencer

Despite showing lots of smiles, kisses and cuddles, this couple seems very forced.

Between the two of them it feels like a competition to be the ‘best’ match and the most connected.

Time will tell, but it’s likely they aren’t getting to know each other authentically and rather spending more time trying to put on a show for the other married couples and viewers. 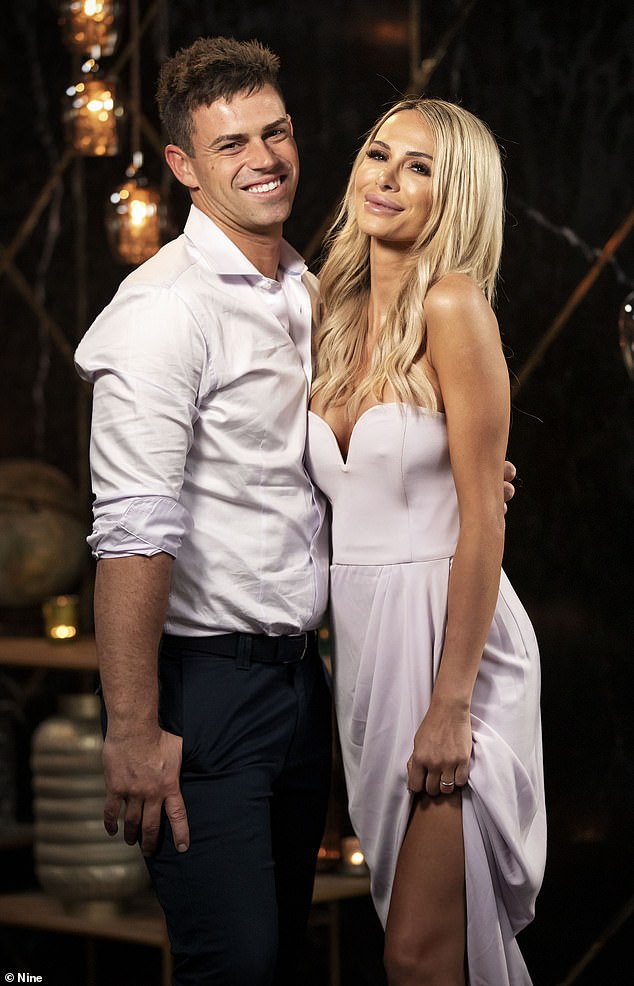 ‘This couple seems very forced’: Holly suspects that Michael Goonan and Stacey Hampton are putting on a show for the cameras

These two are having fun together – they seem well matched, sitting close and laughing while comfortable to circulate and chat to others.

Definitely a low-pressure and relaxed attitude, while maintaining good eye contact across the evening – they do seem smitten with one another. A strong match! 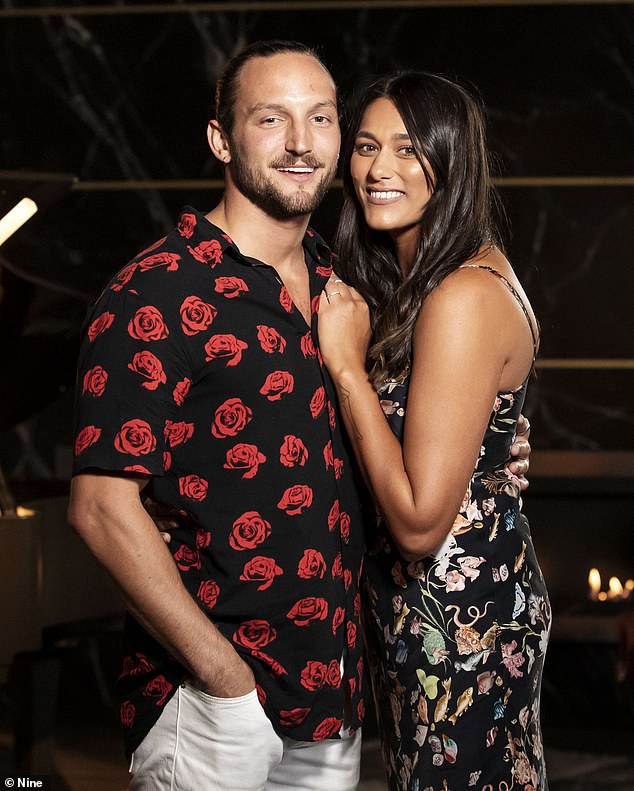 ‘These two are having real fun together’: Holly has high hopes for fan favourites, Jonethen Musulin and Connie Crayden

A sophisticated couple, they aren’t over the top with affection but they have a quiet confidence and are friendly and warm with one another.

They stayed close and supported each other across the evening.

There is definite potential here! 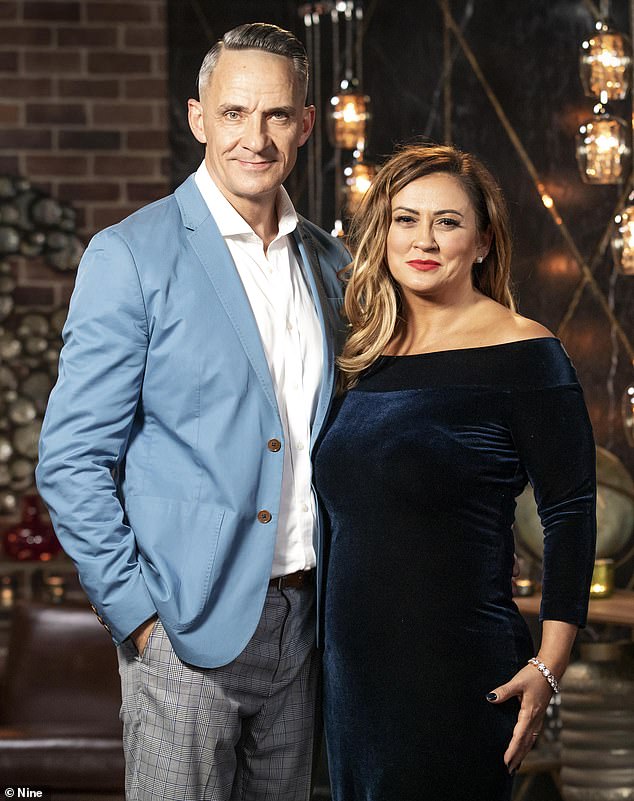 ‘They have a quiet confidence and are friendly and warm with one another’: Holly believes that MAFS’ oldest couple Steve Burley and Mishel Karen will go the distance

Pre-dinner, Luke was taking care of Poppy, sitting her down for a snack before they headed out.

He’s a gentleman and Poppy is clearly having fun.

They seem unlikely, but so far a good match who could go the distance. They stayed close throughout the evening, enjoying themselves and staying in sync. 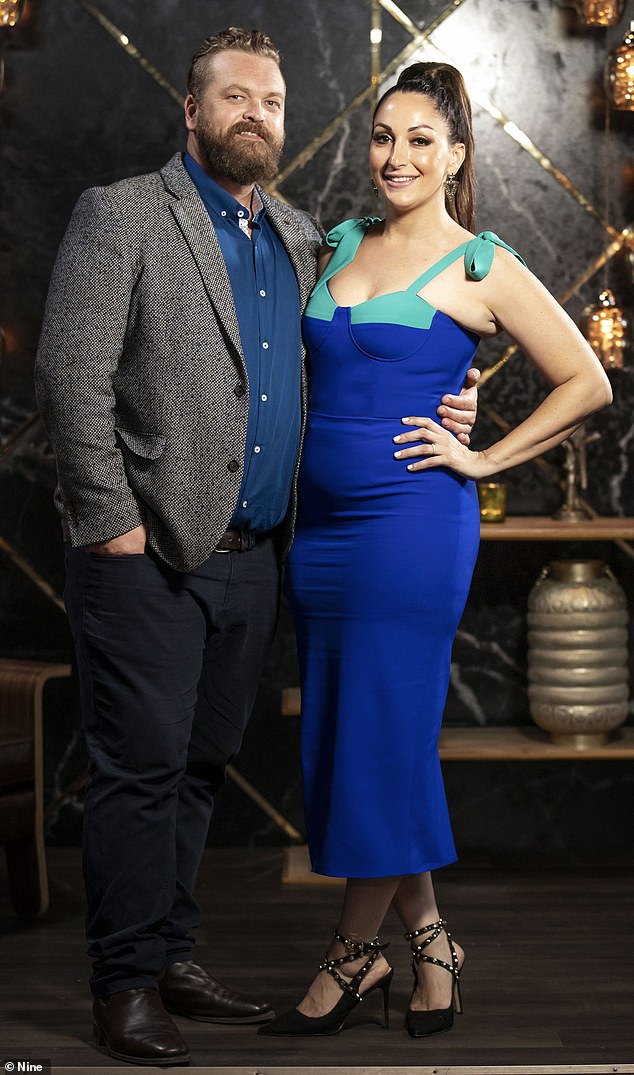 ‘So far a good match that could go the distance’: Holly predicts that Luke Eglin and Poppy Jennings will find lasting love

Ivan is very touchy-feely with Aleks – fixing her high heels and hair before the pair headed out for the night.

He also kept a close eye on Aleks to make sure she was doing okay and was quick to check in.

Although there are some bumps in the road ahead with Ivan’s strong personality and lack of filter, they balance each other well. 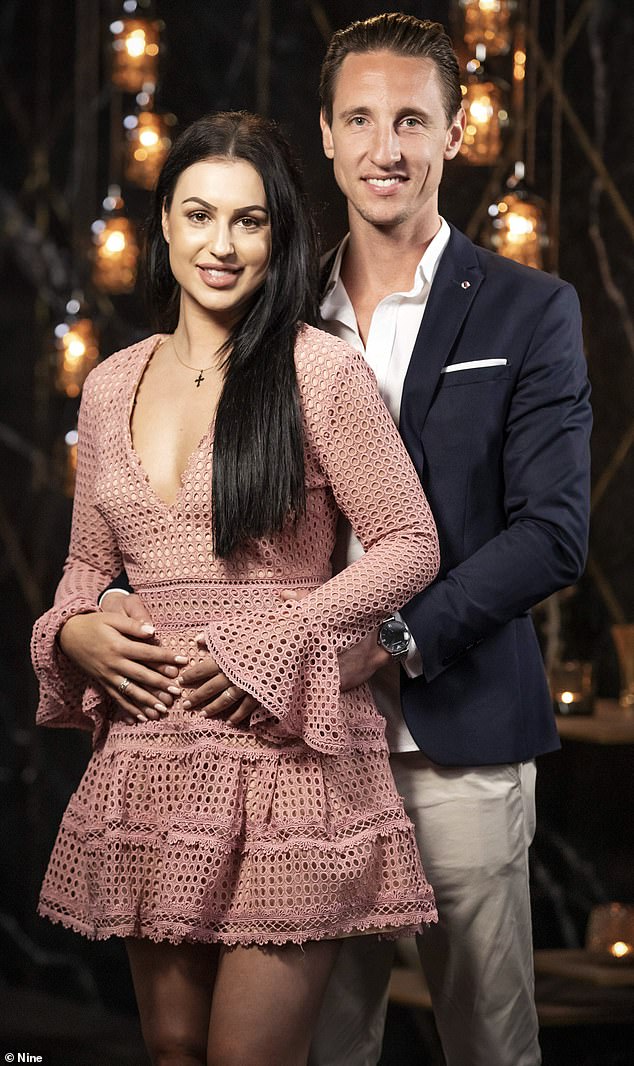 ‘They balance each other well’: Aleksandra Markovic and Ivan Sarakula are another strong couple, according to Holly

These two are definitely the front-runners, intimate both physically and emotionally.

They are keeping it light and fun, holding hands, kissing and staying close – they seem secure with themselves and one another. 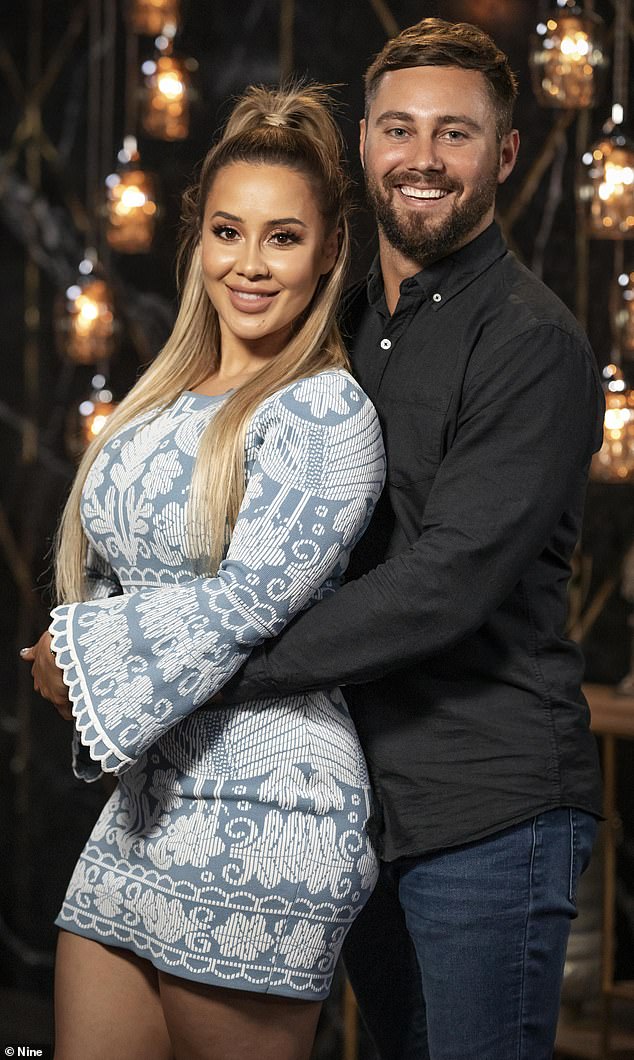 ‘They seem secure with themselves and one another’: Holly called Cathy Evans and Josh Pihlak the ‘front-runners’ of the season

Vanessa and Chris are flying under the radar.

They spent a lot of the night focused on circulating at the dinner party and catching up on gossip, but they also may just be taking their time getting to know one another. 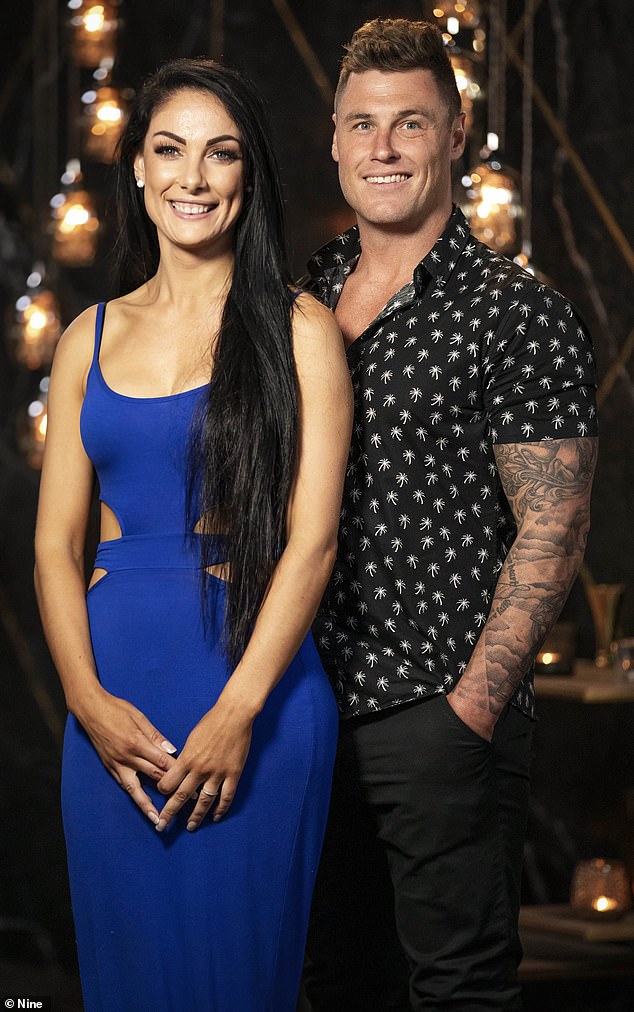 ‘They also may just be taking their time getting to know one another’: Holly says Vanessa Romito and Chris Nicholls are ‘flying under the radar’