A relationship expert has revealed why your new beau could seem ‘obsessed’ one minute and ‘bow out completely’ the next – and claims it’s a normal part of finding a match.

In a video to her 112,000 followers she said men are on their best behaviour in the initial stages of a relationship – they are trying to work out if they like you and doing everything they can to make you like them.

‘That’s why he is coming on strong, it isn’t so much a reflection of his feelings for you, it is him trying to get you to develop feelings for him,’ she said.

‘This isn’t mean or manipulative, he wants to make sure you like him before putting himself more on the line,’ she said, adding it is part of the normal courtship process.

She said it isn’t uncommon for a man to work out ‘this isn’t a match’ during these initial stages, when he is coming on strong.

‘It seems and feels to you like he has suddenly lost interest,’ she said.

‘But that’s not the case… dating is a discovery process.. not a measurement of your worth or worthiness as a person.’

Sometimes one person discovers the partnership isn’t going to work while the other one continues to cling to hope. 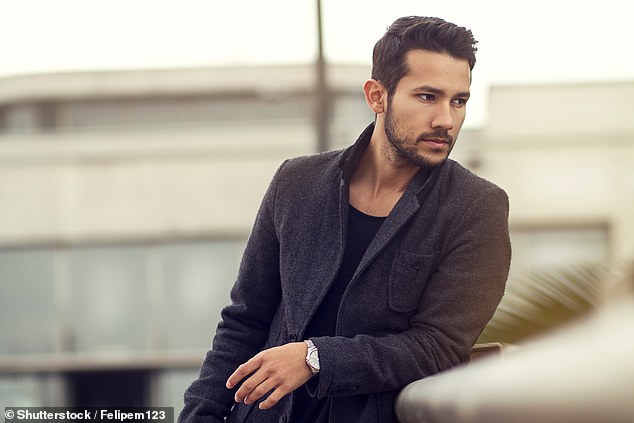 She explained men will try to make you fall for them before they decide if they actually like you, so their ‘obsession’ in the beginning shouldn’t be mistaken with real feelings

She added ‘in the beginning he can’t be that into you, he doesn’t know you yet’ which is critical to keep in mind.

Sabrina added a disclaimer and said that her advice only related to ‘normal’ courtships and not love bombing, which is a whole different issue.

But her followers said men need to learn to communicate this.

‘The person who loses interest should politely say, ‘ I’m sorry I’m not feeling it, or I don’t see us being more than friends, ect..’ Instead of just pulling away, they wonder why we question everything,’ one said. 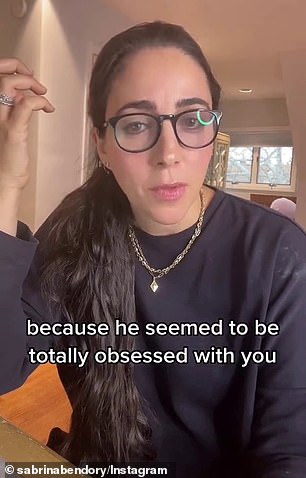 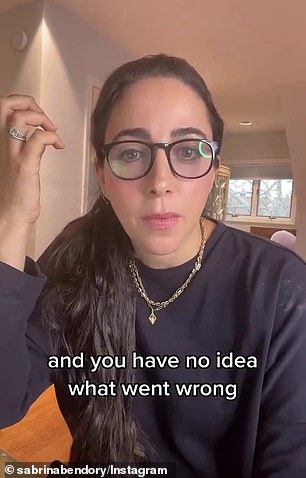 ‘I completely understand someone pulling away after realising it isn’t a match, but ghosting is not okay. A simple text to convey that they aren’t feeling it makes all the difference,’ confirmed another.

Others said ‘trying to win someone over’ before you have feelings should be considered a red flag.

‘I love 99% of your advice but I’m not on board with this one. It’s not okay for someone to just ‘try to win you over’ if he has no feelings. This is a lie, a manipulation, a sign of narcissism. By your own account, dating is a discovery process, so there is no excuse for a guy coming on strong to begin with. There is no reason to give someone a pass on such behaviour,’ one woman said.

‘This is absolving men of all accountability and that’s BS. Also, women shouldn’t have to fall first. In healthy relationships, you fall together,’ said another.