Relationship expert says cheating in a marriage is healthy

For many cheating is the ultimate betrayal, and is the one thing that can end a relationship in an instant.

But one relationship guru has insisted infidelity doesn’t have to mean the end of a relationship – in fact she believes it can make it stronger.

Esther Perel, a US-based sex and relationship therapist originally from Antwerp, Belgium, says cheating can be healthy because it can make couple reinforce their marriage.

Being cheated on is many people’s worst nightmare, and can often spell an immediate end to relationships

Perel doesn’t defend adultery, but says it cannot be reduced to couple being either the good or bad one.

Perel, who is releasing a new book on the subject The State of Affairs Rethinking infidelity, believes divorce shouldn’t be the only option.

She said: ‘I think people should be able to determine for themselves the choices that they will make and the consequences thereof.

‘To just push people to divorce and to think that divorce is always the better solution when it dissolves all the family bonds… Entire lives are intertwined with a marriage.’ 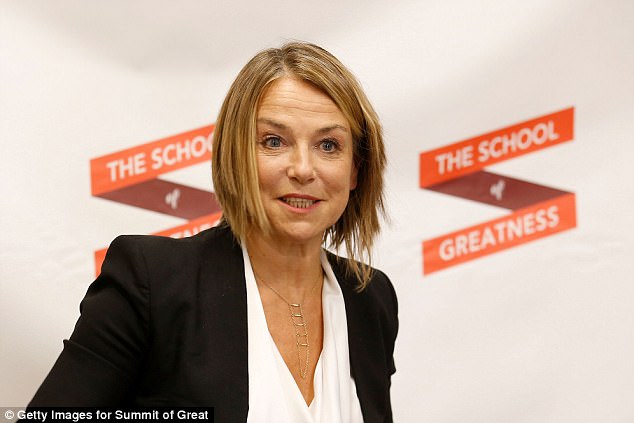 Esther Perel, a US sex and relationship therapist original from Antwerp, Belgium, says cheating can be healthy for a marriage

The psychologist also states that affairs may improve relationships because it makes a couple take stock of their marriage.

She said: ‘Sometimes the relationship that comes out is stronger, and more honest and deeper than the one that existed before because people finally step up.’

A recent survey by ‘married dating site’ Ashley Madison found that a staggering 55 per cent of couples were planning to use Halloween as a chance to strike up an affair.

In addition to this, 48 per cent admitted they wanted to engage in role play with an extramarital partner and explore their fantasies in costume.

Just 26 per cent said they hadn’t used role play with their spouse but were willing to try.