The partner of a young father killed with a single punch during a row on a night out has spoken of her relief after his killer was found guilty of manslaughter.

Former Royal Navy serviceman Richard Last threw the punch at Oliver Falivena during a confrontation between two groups of friends in Derby city centre on an August Bank Holiday weekend in 2016.

He felled Mr Falivena with ‘one solid blow’, causing him to fracturing his skill as he hit the cobbled street. The 22-year-old victim died in hospital a week later.

Sophie Oakes, pictured with daughter Eva and late partner Oliver Falivena, says she can finally tell her daughter that the man who killed her father had been brought to justice 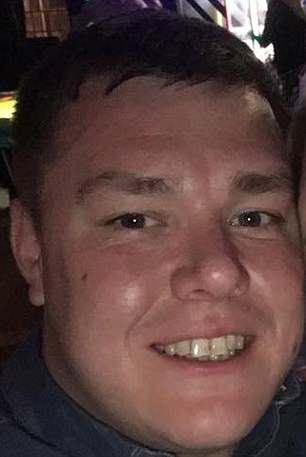 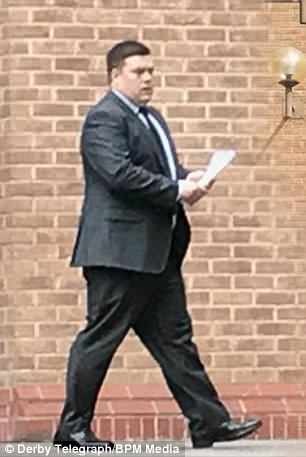 Mr Falivena’s partner Sophie Oakes spoke to The Derby Telegraph after a jury rejected Last’s claims he was acting in self-defence.

Miss Oakes, whose daughter Eva was three at the time of her father’s death, told the paper their young daughter ‘will finally now get to hear that the man who killed her daddy’ has been brought to justice.

She added: ‘I promise to carry on making him proud looking after our beautiful princess. 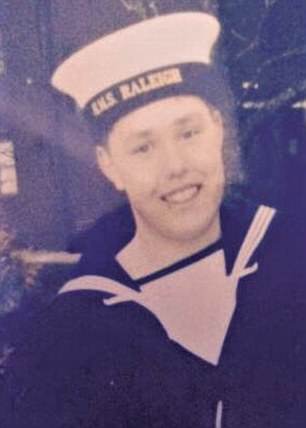 ‘I will always show memories to her and tell her how much of an amazing daddy he was.’

Derby Crown Court heard Mr Falivena was out with friends and work colleagues on 28 August 2016. Last was out with members of his football team.

There was a confrontation between the two groups in Derby’s Market Place, during which Mr Falivena was hit by Last and fell to the floor.

Prosecutors rejected Last’s claims he was defending himself, insisting the fatal blow was struck while Mr Falivena was retreating.

He will be sentenced today by judge Judge Nirmal Shant QC today.