Remains found at Jamestown could be Pocahontas’ husband

Archaeologists are trying to identify human remains found at the first permanent English colonial settlement in the United States.

The remains were found in an historic church at Jamestown, Virginia. A team composed of members of the Jamestown Rediscovery project and the Smithsonian believe they may be a historically significant figure, the Washington Post reports.

Candidates include Lord De La Warr, after whom the state of Delaware is named; John Rolfe, the husband of Pocahontas and George Yeardley, an early governor of the Virginia colony.

Archaeologists seek to identify human remains found in a Jamestown, Virginia church. The settlement (pictured) is the oldest English colony in the United States 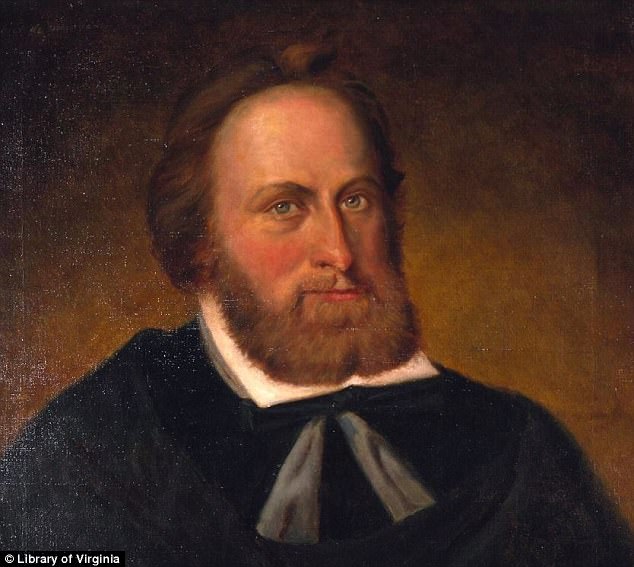 Researchers believe the bones could be the remains of Lord De La Warr, also known as Thomas West, after whom the state of Delaware is named 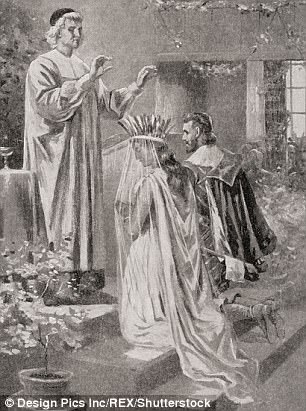 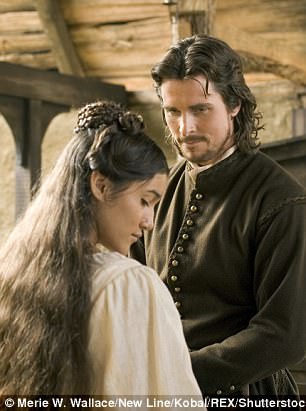 Another candidate is John Rolfe, a tobacco planter known for his marriage to Pocahontas. The couple is pictured at left in an illustration of their 1613 wedding. At right are Q’orianka Kilcher and Christian Bale, who respectively portrayed Pocahontas and John Rolfe in the 2005 Terrence Malick film ‘The New World’

The team is seeking to find the remains of individuals who have been unearthed from small churches scattered around the archaeological site. Members are specifically looking for members of the aristocracy, whose coffins had a particular ‘anthropoid’ (i.e. human-like) shape.

The old colonial site has been heavily built upon over the centuries, which makes excavations difficult; archaeologists told the Washington Post that there are sometimes up to four layers of burials to sift through.

Further compounding the difficulty is the fact that the archaeological site has itself been altered by earlier excavations in the late 1800s and early 1900s. Earlier archaeologists did not employ the same scientific methods today, and damaged some findings, today’s team says.

This past week, a time capsule from a group of 1900s archaeologists was discovered in Jamestown. Within was a note that was deemed illegible, WYDaily reports. 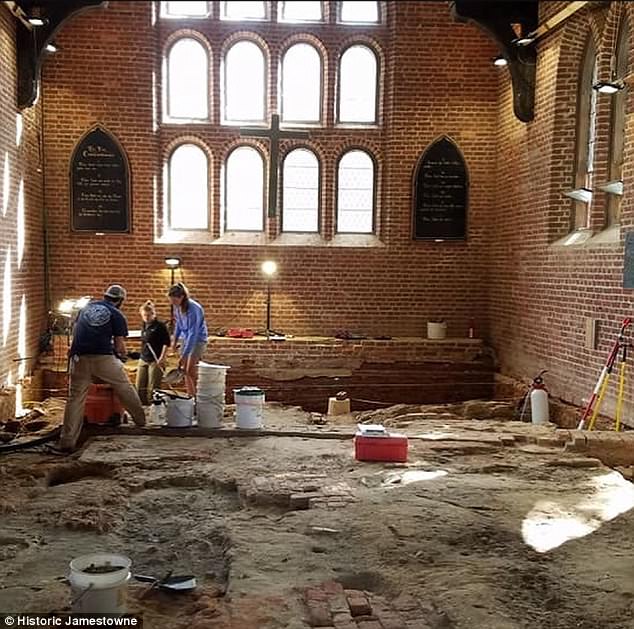 Archaeologists are pictured digging at the Jamestown church 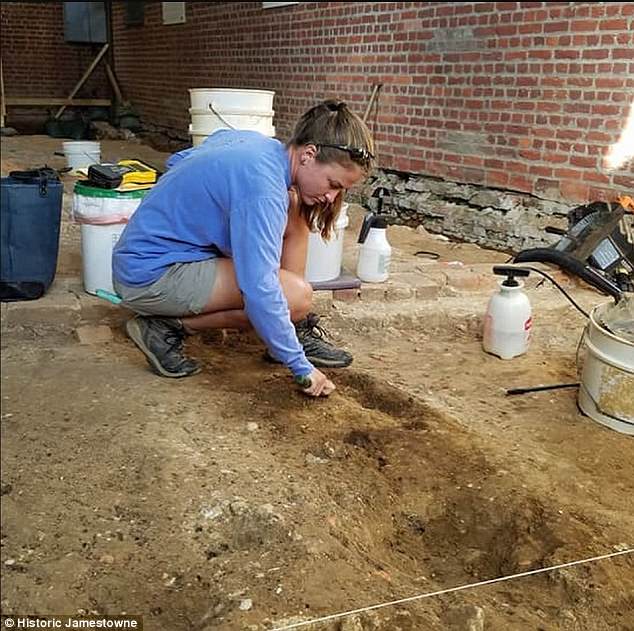 Jamestown was established in 1607 and held its first representative assembly in 1619.

Life for the colonists, who were not used to the brutally hot summers and swampy terrain, was difficult. Raids by local Native American tribes were common, and starvation was prevalent; only three years after its founding, colonists tried to abandon the site.

But Lord De La Warr, also known as Thomas West, arrived to become governor of the Virginia Colony and forced the settlers back into their abandoned homes. He instituted a strict penal code for the colonists and also instituted harsher relationships with Native American tribes.

He died at sea in 1618, and is believed to be buried in Jamestown. 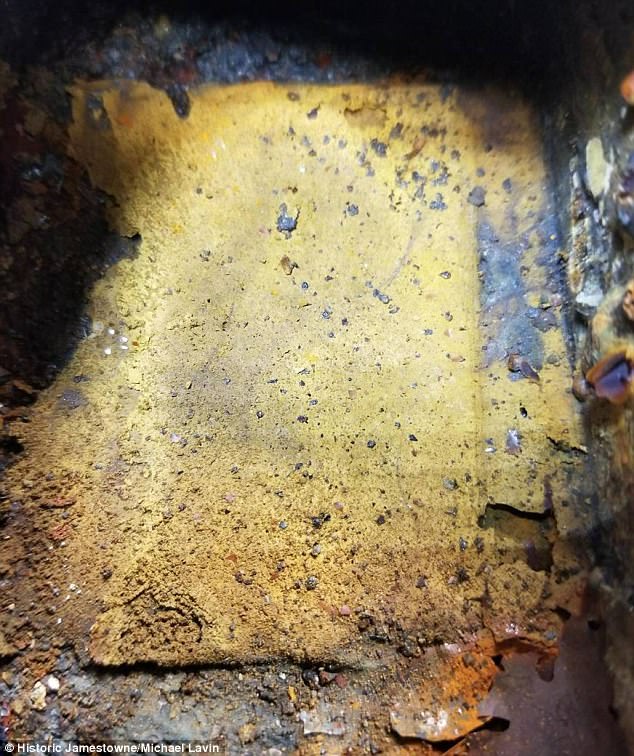 A time capsule left by previous archaeologists was found in Jamestown this past week. Its message was deemed illegible 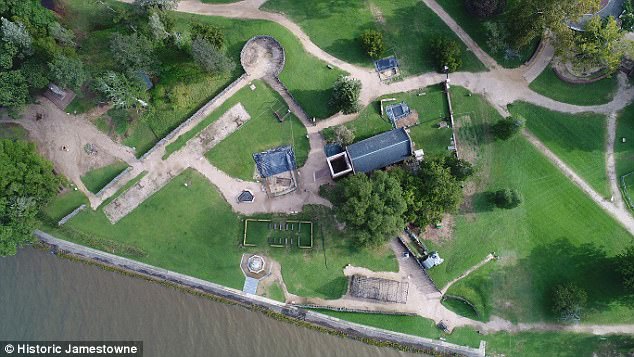 Pictured is a birds-eye view of Jamestown, which is near the living history museum of Williamsburg

John Rolfe was a businessman who found success in growing tobacco around Jamestown. He is well known as the husband of Pocahontas, the daughter of a local Native American chief who legendarily fell in love with Captain John Smith. He died in 1622 in Virginia.

George Yeardley served as Virginia governor off and on until his death in 1627.

The scientists noted that the bones found are those of a ‘sturdy’ and ‘big’ man.

The team believes that it may be possible to extract DNA from the bones.

Today, Jamestown is a tourist attraction near the living history museum of Williamsburg, Virginia.