Remains in crypt may belong to 18th century clan chief

Scientists who dug up a body believed to be the remains of an 18th century clan chief have found evidence from one bone in good enough condition to provide DNA.

Simon Fraser, the 11th Lord Lovat, was the last person that was beheaded on Tower Hill in London for supporting the Jacobite rebellion.

Professor Dame Sue Black of Dundee University found a headless body from the Wardlaw Mausoleum at Kirkhill, near Inverness, earlier this month.

The single bone could help crack the 270-mystery of whether the remains belong to Lord Lovat, nicknamed the Old Fox.

Lovat was killed in 1747 for supporting Prince Charles Edward Stuart’s – also known as Bonnie Prince Charlie – claim to the throne, whose uprising culminated with the Battle of Culloden in 1746.

Lovat’s body was originally buried under the floor of a chapel at the tower but was later taken by supporters to the Highland and laid to rest at the family’s mausoleum in Kirkhill, Scotland.

Legend says that a number of loyal supports of Lovat died watching his beheading as scaffolding they were standing on collapsed.

The famous clan leader is alleged to have found the incident so funny that he was seen laughing before his death, lending to the name ‘laughing your head off’. 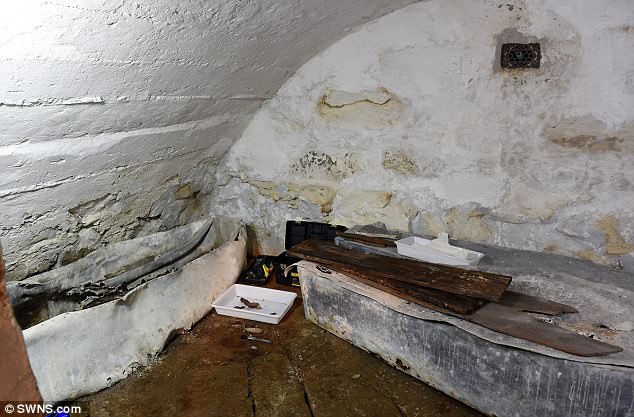 The crypt of the mausoleum with the open Lord Lovat coffin on the left. It is believed the remains could belong to the last person executed at Tower Hill 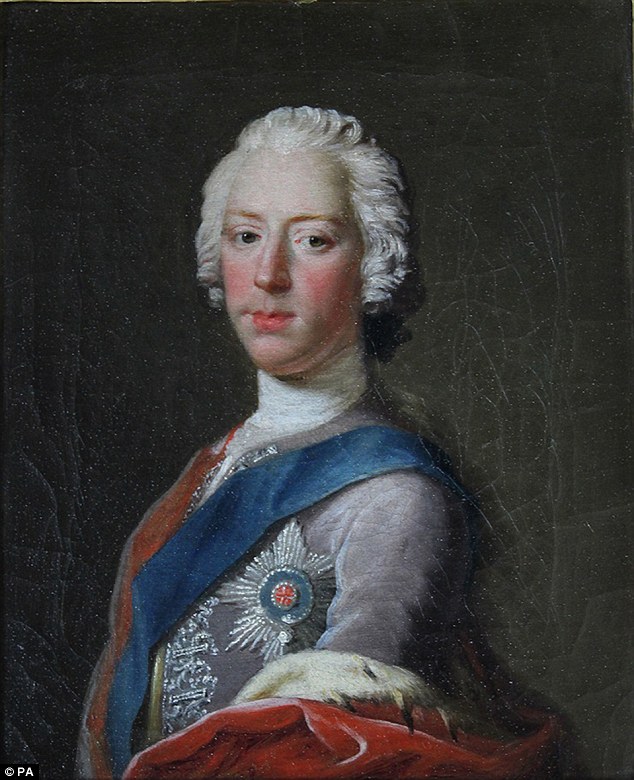 The Old Fox is known to readers and TV audiences today as the grandfather of Jamie Fraser, who appears as a character in the Outlander books and TV drama.

Erik Lundberg, of the Wardlaw Mausoleum Trust, said today/yesterday [MON]: ‘The best bone found, a sternum, gives us the best chance of getting a DNA sample. It is very exciting.

‘This could help us to finally get a definitive answer.’

Professor Black and her team will unveil their findings during a meeting in Scotland next month.

A date and venue for the event are yet to be confirmed. 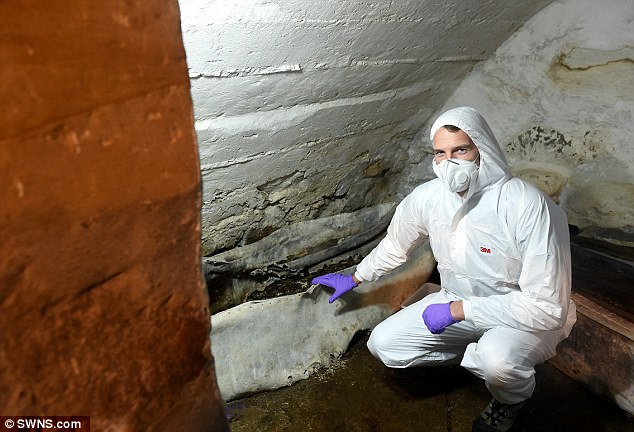 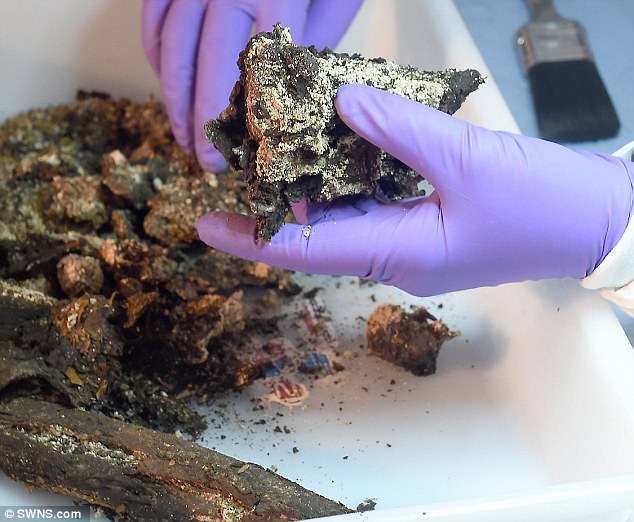